We talk (tonight) to James McClelland, Noel in the new Creation Records movie. 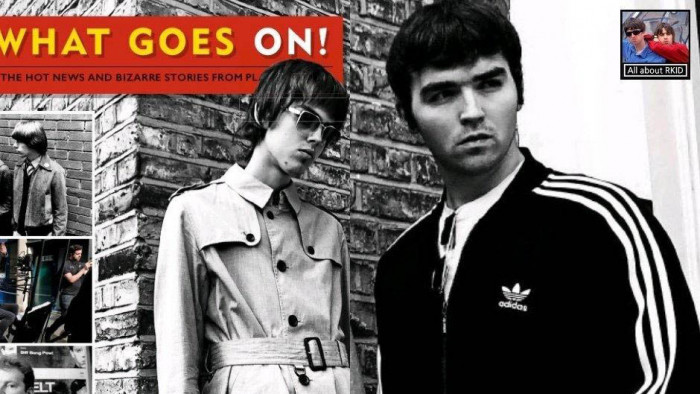 James McClelland plays Noel in the movie and, as you can probably guess, he’s a big fan of the band.

Here he reveals exclusively to ShortList his top 5 Oasis tracks - and as luck would have it, most of them feature in our best Oasis songs shortlist.

Creation Stories is out 20 March, courtesy of Sky Cinema and will also be streaming on NOW.

“It’ll forever be my number one Oasis song. To me it’s the most heartfelt and emotional out of their canon and being the soppy git that I am it wins the top spot. It’s so stripped back and feels like you’re in the booth with Noel. When I saw its origin in the Supersonic documentary it was the last piece of the puzzle for me. Hearing that Noel wrote this whilst on a plane running away from the band in the night to meet a woman he barely knew… how could you not love it? It’s simple, done brilliantly and beckons the romantic in me.

“When I think of what I want to feel/do after lockdown, I think of this song and being stood half-cut in a field howling it, swaying to the driving guitar solos and embracing every random-er in sight. It’s not about the chorus or verses, it’s an instrumental journey. Unfiltered guitar driven rock 'n' roll - it's a pure anthem made for Knebworth-scale audiences.”

“It’s everything you want in an Oasis song all rolled into one, a crowd pleaser of a chorus, Liams vocals have never been better. But the main reason is it gets played after Man City games at the stadium, always after derby wins. There’s few better feelings than beating United at home and then hearing this. Me and my mate Ed forever tried to spied on the Gallaghers from our seats at the city ground , so to end up playing Noel in a film is truly the most exciting moment of my career.

“This is probably my most left-field choice. Mainly due to the fact when I first really got into Oasis in my teens I remember watching the music video with my Dad - it’s an homage to the painter Lowry. It’s an amazing video and introduced me to Lowry's work, another Mancunian icon. Plus even the animation of Liam has the swagger! It’s incredibly uplifting and the production on the track is so textured, it’s like there’s a full orchestra backing the band. I feel this is where Oasis had all the tools/time they needed to make a track and were creatively at the peak of their powers. It’s a masterpiece.”

5. Don’t Look Back In Anger

“This reminds me of being in a bar called Smackwater Jacks in Burnley having my first (legal) night out with my mates and a pristine ID and standing on the bar window sill screaming this. It’s impossible for this song to play and for the entire room not to erupt. There’s something unifying about it that brings people together and makes them sing. It played at my sisters wedding, I’m pretty sure I howled all the lyrics at my sister, can’t remember why. Sorry Elle, I just couldn’t help myself. Beautiful song, beautiful memories.”