Complete your Game of Thrones collection with this single malt whisky 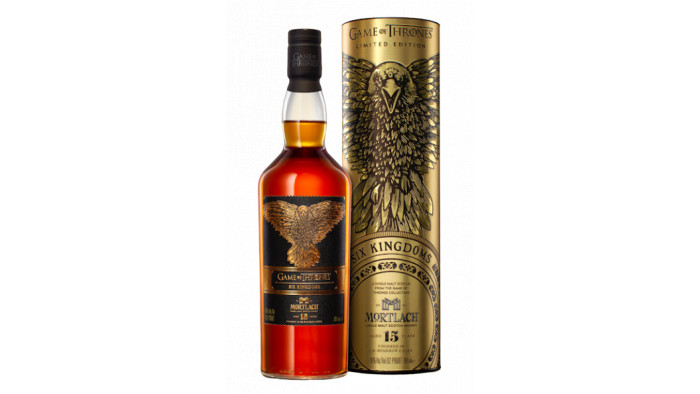 Game of Thrones may be over but the franchise certainly isn’t dead. With a House Targaryen spin-off series in the works, and more Game of Thrones-themed whiskies than we can fit in our drinks cabinet - you think fans would have had enough.

However, it seems not - as whatever HBO puts out, we all rush to pick it up. The latest offering? One final limited-edition single malt whisky (so you best start clearing that drinks cabinet now).

Earlier this year, HBO partnered up with drinks giant Diageo to launch an 8-strong whisky collection as a celebration of the seven Houses and The Night’s Watch.

Now, they have launched one final single malt to complete the set.

Six Kingdoms is a Mortlach Single Malt Scotch Whisky Aged 15 Years, and is inspired by the final season of the HBO series when the Seven Kingdoms ultimately become six (hence the name).

The Game of Thrones theming on the bottle is strong, too - as it’s encased in a metallic gold cannister on which is an intricate pen and ink drawing of the three-eyed raven to pay homage to the last Greenseer.

Speaking about why now was the right time to launch a ninth bottle, HBO’s Vice President of Licensing & Retail, Jeff Peters said: “Eight fantastic scotches toasted the coming of the final season of the show, and we now look back on the most captivating television show of all time and raise a ninth glass in celebration.”

But, what about the whisky itself? The single malt has been matured in first-fill sherry-seasoned casks before being finished in American Oak ex-bourbon casks. The result is a smooth whisky with notes of vanilla and spice.

If you fancy picking up a bottle, this £120 offering will be available this December from Master of Malt so keep an eye on the website.

For now, you can find the rest of the Game of Thrones collection on Amazon - giving you time to pick up any missing bottles.