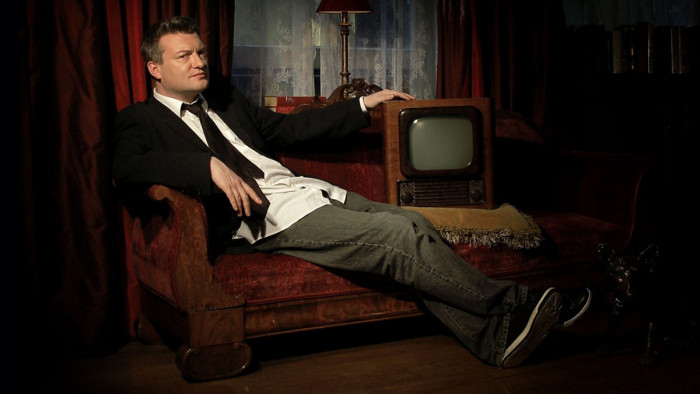 We've not had a proper series of Charlie Brooker's iconic Screenwipe for a while now – 2008 was the last full series of the show, and from 2017 we've even stopped having our once a year Annual Wipe.

It makes sense - Brooker's been off making Black Mirror, which has picked up all sorts of awards and critical acclaim, so he's probably been a bit too busy.

So fans will be delighted to hear that Screenwipe is, temporarily, back – somewhat aptly, with the title 'Antiviral Wipe'.

Brooker will be turning his acerbic eye not only to coverage of the crisis itself and what people are watching, but also the "things people are doing to keep themselves occupied".

All your favourite talking heads will be there, too – the BBC, who are airing the show, have confirmed that Philomena Cunk, played by Diane Morgan, and Barry Shitpeas, played by Al Campbell, will both feature.

Best comedy podcasts: audio fun that will have you in stitches

Interestingly, it's also the first thing to come out of Brooker's new production company, Broke And Bones, which he set up with long-time collaborator Annabel Jones earlier this year. Previously, the pair had headed up a production company owned by Endemol Shine; Broke and Bones sees them strike out on their own.

According to Variety, the company have been in "protracted negotiations with Netflix" about an exclusive deal, but they continue to work on Black Mirror.

If you love comedy, BBC Two is definitely going to keep you busy - the Screenwipe news was announced alongside some other new comedy shows. Sophie Willan’s Alma’s Not Normal will follow a dysfunctional Bolton family, whilst Matt Berry will be playing Michael Squeamish in a series written by Father Ted's Arthur Matthews.

And with another lockdown theme, Comedians Playing With Themselves will see Bob Mortimer, Meera Syal and Sanjeev Bhaskar, Russell Kane, Sally Phillips and Mat Horne attempting to entertain us during lockdown in skits written and filmed by them at home.

Plenty to keep us busy.