Best comedy podcasts: audio fun that will have you in stitches

The best comedy podcasts are great for a pick-me-up - and in this time of Brexit, disease and general crappiness, bloody hell we need that right now.

They are what you need when all the news is bad, and political podcasts tend to be similarly grim.

Hundreds of hours of free entertainment, with just the odd advert for Squarespace and a mattress brand? That sounds like a good deal to us.

We have some top suggestions for you. Want a simple funny pod? We have those. There are podcasts about the craft of stand-up comedy. And hilarious interviews with some of the funniest people in the world.

Think we've left one of the best comedy podcasts out? Let us know in the box at the bottom. And upvote your favourite.

The Horne Section podcast features all manner of interesting and eclectic musical interludes. Bristling with comedic lyrics and original songs, the premise of the podcast is chit-chat, frivolity and to feature some of the finest contemporary comedians in a laid-back setting. The group is led by Alex Horne, the creator and host of hit TV Series Taskmaster if that sways you at all? It really is a laugh-a-minute and a must for those who enjoy their jokes with a side of brass.

It's worth noting that the last podcast from The Horne Section was back in April 2021, starring the brilliant Ellie Taylor.

Funny foodie podcast Off Menu is hosted by comedians James Acaster and Ed Gamble. Each week a celebrity guest is invited to “a magical restaurant” where they get to choose their favourite starter, main course, side dish, dessert and drink. Recent guests include musician Loyle Carner, Fleabag’s Sian Clifford and comedian Dara O Briain.

Athletico Mince started off as a football podcast. And episodes often begin with football chat, but usually devolve into a strange absurdist ramble within a few minutes. Icon Bob Mortimer and comedy writer Andy Dawson are the two hosts. Each episode is them chatting for 30 minutes and, well, that’s about it.

4. Help I Sexted My Boss

Help I Sexted My Boss tackles the hard-hitting issues you've always wanted resolved by an agony aunt. Sure, the name is a little on the strange side, but this is pretty much a one-stop-shop for solving life problems you'd usually ask your best mate about. Our favourite? Probably that lifelong issue known to many as: how do I correctly select an avocado? 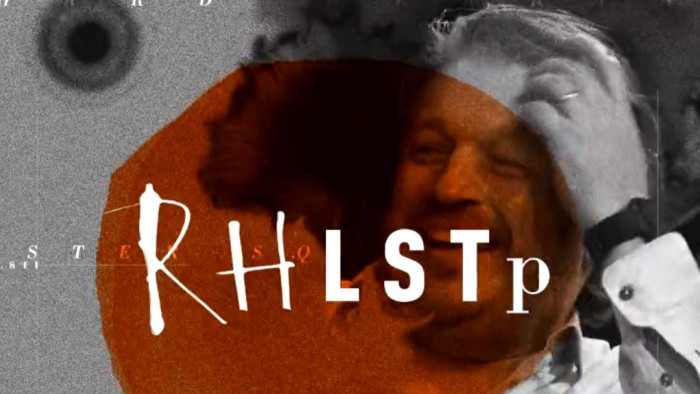 Recent guests have been diverse and include the likes of Jay Rayner, Robin Askwith and Jackie Weaver but that's the joy of Richard Herring's Leicester Square Theatre Podcast!. It's always packed with fantastic interviews that err on the side of funny and Herring is a brilliant interviewer. He doesn't mind being frank in his questions (and his own answers) and this makes for an original, refreshing listen. Brilliant stuff. 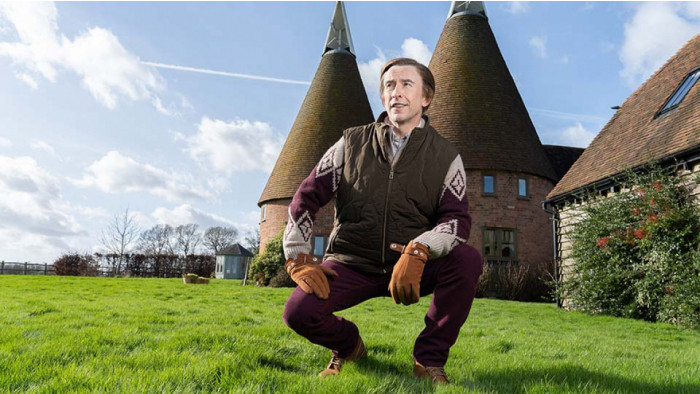 6. From The Ousthouse: The Alan Partridge Podcast

Alan Partridge is back and this time in podcast form. The From The Ousthouse podcast is fantastic - he's a podcasting natural, speaking about all sorts, from the types of cows he sees on his ramble to his experiences of dating. It's available on Audible now and free to listen to if you take up the 30-day trial.

Stand-up comedian Stuart Goldsmith’s podcast is about comedy, rather than a straight comedy vehicle. But when guests include some of the US and UK’s best comedians, there are often plenty of laughs on the way. Frequently discussed topics include the creative process of writing stand-up and the life of a road comic. 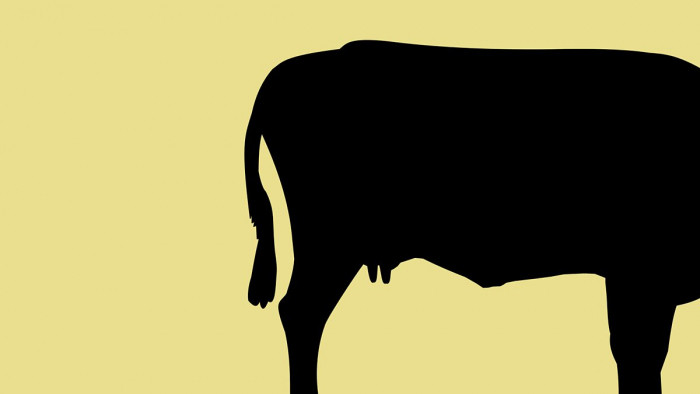 “The number one podcast for those involved or just interested in the production of beef animals and dairy herds.” The Beef and Dairy Network sounds like a trade magazine offshoot, but is actually a surreal and satirical work of genius you can only understand by listening. It also won the top comedy gong at the British Podcast Awards two years in a row. 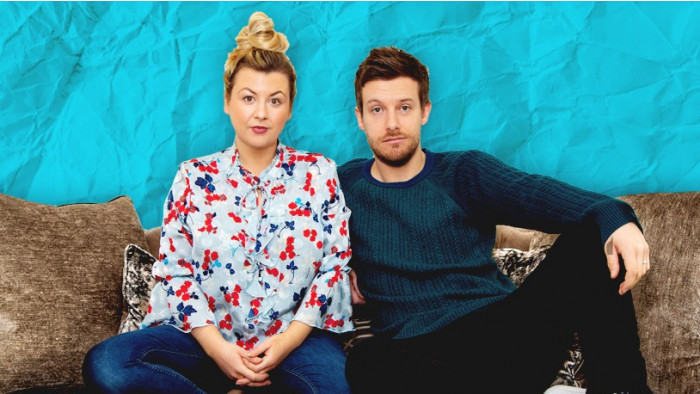 This podcast is where married couple Rosie and Chris Ramsey vent about their lives, discussing everything from their annoyances about each other to parenting. No topic is off-limits with these two, and each week they take questions not just from the public but a celebrity guest. Recent guests include comedian Daniel Sloss, DJ Sara Cox and YouTuber Zoella. 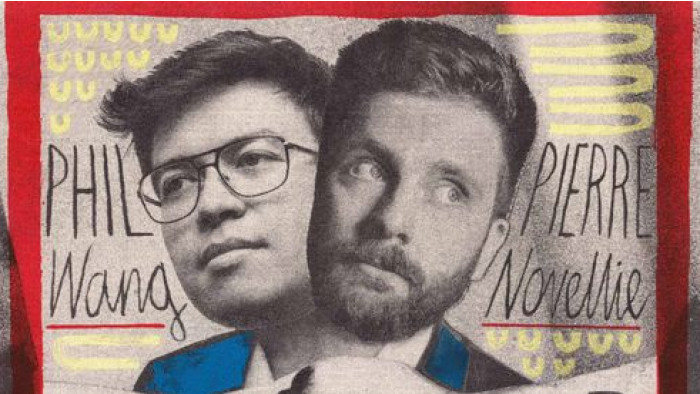 This fortnightly podcast is just like joining stand-ups (and best buds) Phil Wang and Pierre Novellie for a chat around one of theirs. It's essentially a 40-minute chat about what's been happening in the news, their lives and generally the world around them. Previous conversation topics include aliens, going to the dentist and unacceptable flavour combinations. 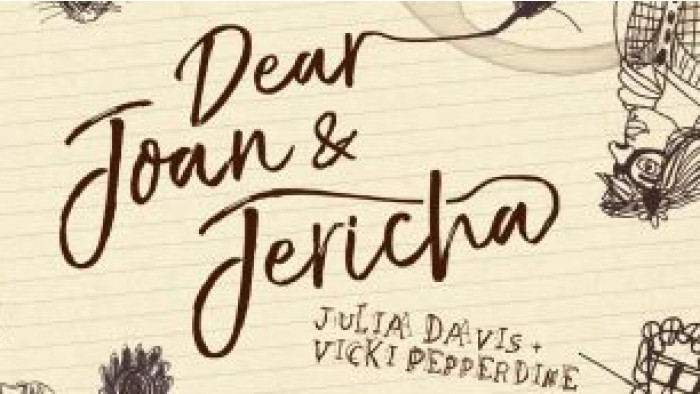 After the ultimate filthy faux agony aunts? Well then, you've come to the right place. Hosted by the devilishly dark Joan Damry and Jericha Domain (Julia Davis and Vicki Pepperdine), the duo assist desperate members of the public as they hunt for answers on everything from relationships to life coaching. Given that Joan recently turned her hand to erotic-romantic adult fiction, whilst Jericha has written 5 books on depression, it seems this duo really can take on anything.

The third season of the podcast ended in January 2021 and since then we have had a Valentine's special and a Comic Relief Special. There hasn't been anything since March 2021, but here's hoping some more episodes are on the horizon.

I’m a feminist but…

It’s how each episode of The Guilty Feminist starts, with anecdotes about how the guests are failing at life and feminism while being pretty keen on both. It sets up the tone of this thoroughly reliable and modern comedy show. It's been revealed that The Guilty Feminist will be joining Acast soon, which is great news and will mean that new podcasts will be happening

Is a hotdog a sandwich? Should a wife be able to compel her husband to wear fewer second-hand clothes? Domestic disputes like this are Judge John Hodgman’s wheelhouse. In his fake internet courtroom, the defendant and complainant make their case, and Judge John makes his verdict. It’s gentle and good natured, about as far from Jerry Springer as you can get. You may recognise humorist and stand-up John Hodgman from the Mac vs PC adverts from 2006. He was the PC, and also writes a New York Times column as the judge. His podcast is now way over 500 episodes long, so there's a lot to listen to. 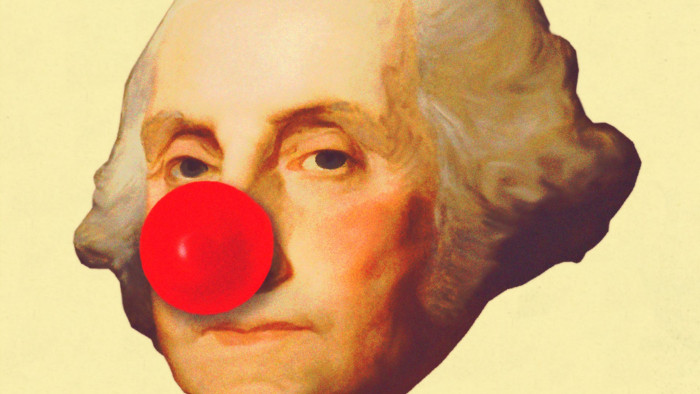 Jon Lovett is the comedy faction of the Pod Save America podcasting network. And Lovett or Leave It is his own spin-off pod, presumably after his irreverence started to take over the main show. This one is still (almost) pure politics, with a very strong Democrat leaning. Hate Trump? You’ll find a lot to like here. Lovett weaves in elements of gameshows, and there are excellent interviews too.

This podcast tackles issues of “ladies and gays”. That's its own blurb. But you don’t necessarily have to be either to enjoy Attitudes! (formerly Throwing Shade). Like many of the best comedy podcasts, it feeds off electricity of the relationship of its hosts, Erin Gibson and Brian Safi. In recent years Attitudes! has become more political — like about 85% of podcasts that were around before 2016. But the laughs remain.

OnePlus Nord Buds review: for the price, they're hard to beat

Sonos Ray revealed: its cheapest and smallest soundbar yet