Except, this time it is *the* American gangster. 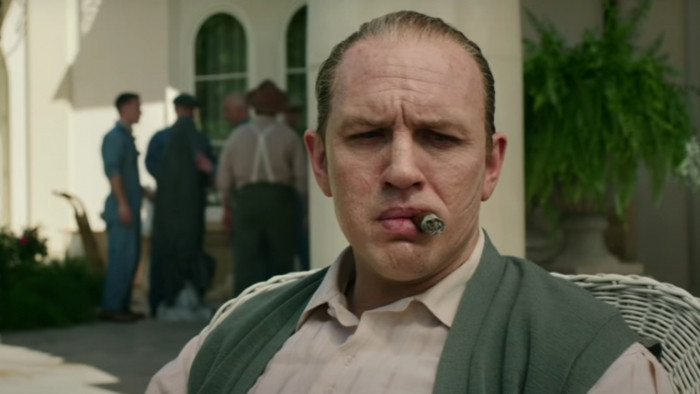 Tom Hardy just can't turn down the opportunity to play a crime boss it seems - having previously taken on The Kray Twins and Charles Bronson, the actor is now taking on mob boss, Al Capone.

The first trailer of his new film, Capone, has now been released and it features the English actor doing very little talking but a lot of intense staring and cigar smoking.

Having been in the works for the last four years, the film was originally going to be called Fonzo, before the equally simplistic title, Capone, was chosen.

Directed by Josh Trank (The Fantastic Four), the movie joins the American gangster in the later stages of his life after his 11-year sentence at the United States Penitentiary and as he is suffering with dementia (or is he?).

With cinemas unlikely to open anytime soon, Vertical Entertainment has decided to release Capone for streaming in the US on 12 May.

Unfortunately, the UK doesn’t yet have a release date, so we may be waiting a while to watch Hardy in action.