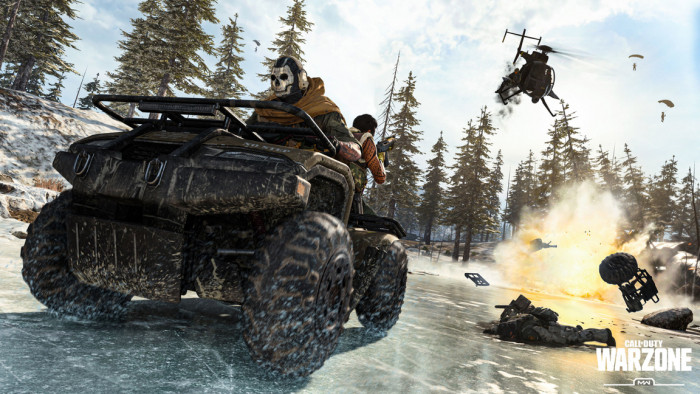 Call of Duty: Modern Warfare is getting an all new battle experience - and it’s free.

Set in Verdansk, Call of Duty: Warzone will allow up to 150 players to fight at once with over 300 locations to explore.

Launching today (March 10), existing Modern Warfare players will be able to play the game on Xbox One, PS4 and PC from 3pm UK time.

For those who are a little slow on the ball and don’t already have the game, don’t worry, you’ll be able to download Warzone just four hours later at 7pm.

Free to play for everyone.
Drop in tomorrow March 10th. #FreeCallofDutypic.twitter.com/URU1Yg4wjk
— Call of Duty (@CallofDuty) March 9, 2020

It is a pretty sizeable download though - especially for those who don’t already have Modern Warfare - so you may want to consider clearing some space, or at least be prepared to wait numerous hours for the download to be complete.

Activision has warned that non-Modern Warfare owners are estimated to need 80-101GB of hard drive space, while those already with the game will only need 15-22GB.

This isn't Call of Duty's first attempt at battle royale having launched Call of Duty: Black Ops back in 2018 but it is the first free version - even if players will be able to make in-game purchases to upgrade their characters.

They’ll be two modes available, Battle Royale and Plunder, and in the latter it will be a race against time to see how much cash you can collect by looting, taking down enemies and completing in-match deals.

In battle royale mode, it’s simple, your aim is to be the last man standing.

There will also be a number of different vehicles that will be available for you to get around in including helicopters, SUVs and tactical 4x4s.