Brian May has designed a guitar-themed sports bra

Well, that was a headline we never thought we’d write. 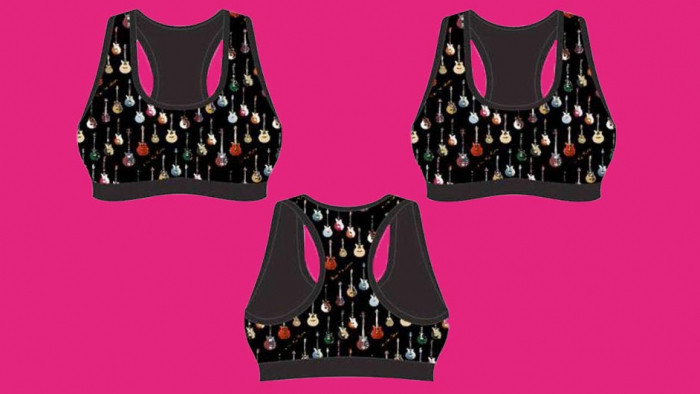 Brian May, he of badger, astronomy and Queen fame, has added another notch to his ever-expanding belt of talents - that of sports bra creation.

That's right, he is now selling sports wear on his site that's been designed by, well, himself.

The blurb on his official site reads as follows: "Highlighting Brian May's consummate artistic talents, this active wear salutes the entire range of Brian May Guitars with a bright, bold design prominently featuring the united colours of BMG - because it doesn't have to be red to be special!"

They are five sizes in total and they bra is a mere £35.

Now, currently our best sports bra is the Camille Racer Back (that's after two months of testing and 43 bras considered), which retails for half that price.

So, why would you pay double for this one? Well, Dr Brian May is hoping that his bright, bold design will rock your... look, we were going to add a number of other puns to this article but it seem that The Poke got there first, so we'd recommend that you go ahead and read that article as well.

And if you are after other celeb-backed goodies, then you can do no wrong than checking out this Slipknot whisky, or some wine made by Sarah Jessica Parker.