Everyone is arguing about this 'disastrous' scene in 'Bohemian Rhapsody'

"People, actual f*cking people, are watching scene after scene like this and are saying 'bruuuh! best. movie. of. the. year'?" 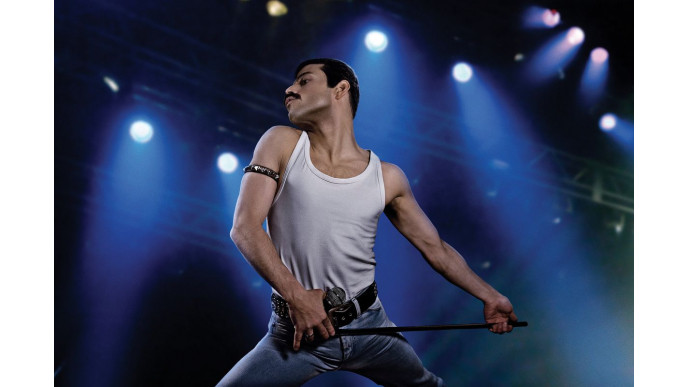 Bohemian Rhapsody has done pretty well this awards season – it’s cleared up, nominations-wise, at the Oscars alone. The Best Actor, Best Picture, Sound Editing, Sound Mixing and Film Editing categories have all made nods to the film – and many are expecting Rami Malek to clinch the first trophy.

But it’s the last category, film editing, that’s got people talking on social media – largely because of one particular, and now viral, scene.

The scene was pointed out by Twitter user Pramit Chatterjee who expressed his incredulity that “people, actual fucking people, are watching scene after scene like this and saying ‘bruuuh! best. movie. of. the. year”.

“I JUST checked and the editor of Bohemian Rhapsody is nominated for best editing. He’s actually nominated.. ha…hahahaha…I’m gonna lose my fucking mind,” he continued.

But others are less sceptical.

Enter Don, an editor from the US, who had a slightly different opinion on what went on with the scene.

He still refers to it as “a disaster”, so Bohemian Rhapsody isn’t really winning many points from him. But he also outlined exactly why it might have been edited the way that it was.

So, whilst the scene might not be the greatest example of film editing the world’s ever seen, there might be good reason for it. Better than nothing eh, lads?