Black Panther: Wakanda Forever early reactions are in - this is what the critics are saying

The sequel to Black Panther has had its world premiere. 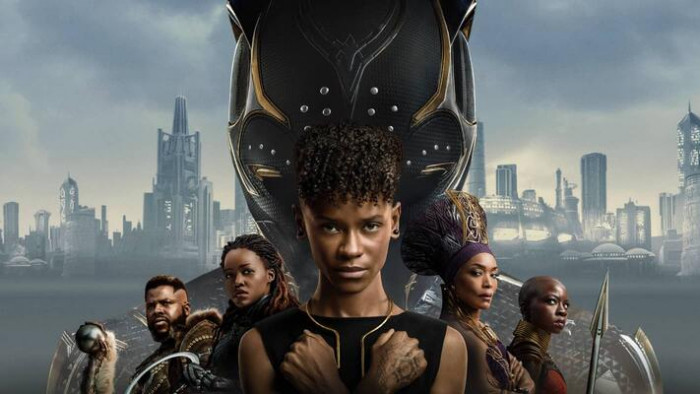 Black Panther: Wakanda Forever had its world premiere in Hollywood this week, on a purple carpet no less.

The 30th MCU movie was always going to be one of the most emotional from Marvel. After the death of Chadwick Boseman, Marvel and director Ryan Coogler made the decision to honor the actor by not recasting his role of T'Challa.

This subsequently became the basis of the new movie, with Wakanda in mourning following the death of their king.

They are joined by newcomer to the MCU Tenoch Huerta, who plays Naymor - one of the oldest Marvel characters, who debuted way back in 1939.

Now that the premiere has happened, we have the first early reactions for Black Panther: Wakanda Forever.

These aren't full reviews, but what is being said about the movie on social media. Here are what the critics are saying, with many praising the movie's heart, how it deals with grief and a fantastic performance by Huerta as Namor...

#WakandaForever is outstanding. It handles loss, grief and revenge with a maturity and seriousness rarely seen in the MCU. Black Panther continues to be their crown jewel. Letitia Wright, Angela Bassett and Tenoch Huerta all bring some of the best acting I've seen all year. pic.twitter.com/ECqGxfEyFi
— Lando (@orlandoenelcine) October 27, 2022

Black Panther Wakanda Forever makes it clear how precious Chadwick Boseman and T’Challa were to the MCU. Without him, the film sometimes yearns for a heartbeat. It finds it at just the right moments, and it’s exhilarating. I can’t wait to see it again.
— Erik Voss (@eavoss) October 27, 2022

Black Panther: #WakandaForever is as epic as Marvel sequels get. The story is hugely ambitious & thematically rewarding with gut-wrenching twists and turns throughout. You feel the length but it’s fun, wildly beautiful and has the best credits scene in Marvel history, no contest. pic.twitter.com/zD8nYIFKXC
— Germain Lussier (@GermainLussier) October 27, 2022

#BlackPanther#WakandaForever is epic, especially in scope.

Namor is one of the better villains the MCU has had to offer. Tenoch Huerta just kills it!

Emotions are heavy. Ryan Coogler ups his game on the action. It’s a lot to take in, balance so much, and is powerfully good. pic.twitter.com/NYxk1UvTYz
— BD (@BrandonDavisBD) October 27, 2022

Black Panther: #WakandaForever is Marvel's most poignant and powerful film to date. It's heavy and dark in the way that it needed to be, and mostly abandons the studio's trademark tone. The craft work levels up in every conceivable way, and the performances rise to the occasion. pic.twitter.com/aAK7jjRMra
— Brian Davids (@PickYourBrian) October 27, 2022

I know you don’t believe when people come out of a world premiere and say a movie is awesome….but #BlackPantherWakandaForever is a fantastic sequel and a great movie. I knew it’d be emotional and it was. Expect your eyes to leak. Great job #RyanCooglerpic.twitter.com/unJDi8VGRt
— Steven Weintraub (@colliderfrosty) October 27, 2022

No spoilers. Wakanda Forever had so many emotions!!! It was creepy and BRU-TAL in parts. Heartbreaking and beautiful. And the fight scenes were WILD. I’m in awe of the care put into representing these cultures. #WakandaForeverpic.twitter.com/HHSClXcxoY
— Dani Fernandez (@msdanifernandez) October 27, 2022

#BlackPantherWakandaForever is a beautiful tribute to Chadwick Boseman. Visual stunner, with Angela Bassett commanding every scene she inhabits. Rihanna's "Lift Me Up" will do that for many. Another great post credit scene that's genuinely a jaw-dropper. Don't know about Oscars. pic.twitter.com/55YSor1PrD
— Clayton Davis - Stand with

Wakanda Forever will take you on a rollercoaster of emotions. While Chadwick’s absence is felt, the cast’s performance is phenomenal. The journey and mourning each cast goes through is felt through the film. Tons of action! Namor is fantastic. #BlackPantherWakandaForeverpic.twitter.com/C4X6CicZCG
— Wendy Lee Szany (@WendyLeeSzany) October 27, 2022