Woh, this is going to be epic. 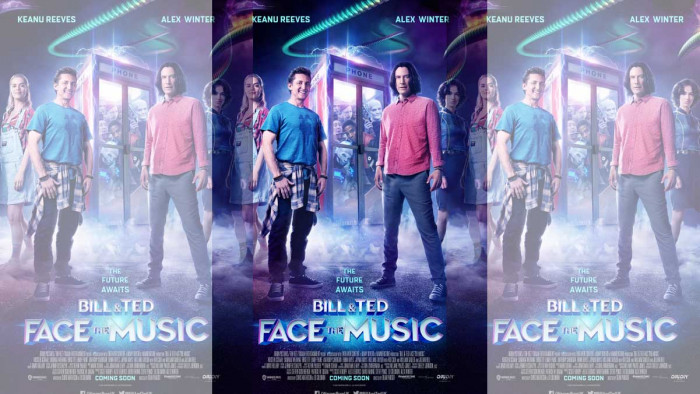 Bill & Ted are back in a new trailer for their upcoming movie Bill & Ted Face The Music. And this is the trailer we have been waiting for, as it gives us a whole bunch of new laughs and a look at some familiar faces in the franchise.

We finally get to see their wives (the two princesses), Hal Landon Jr. back as Captain Logan (Ted's Army obsessed dad), and Death (the brilliant William Sadler).

Directed by Dean Parisot and written by returning franchise writers Chris Matheson and Ed Solomon, Keanu Reeves and Alex Winter star again as Bill & Ted but now they are middle aged and have two teenage daughters.

They are told that one of their songs will save earth as we know it - they just need to write it. To help them along the way it looks like we are getting lots of time travel (in a phone booth) and a bunch of historical figures to help out.

So we are definitely in familiar territory.

You can watch the new rather excellent Bill & Ted Face the Music trailer right here.