Summer 2021 will see three DC movies come out, including an Affleck-less 'The Batman'

It'll be an interesting summer... 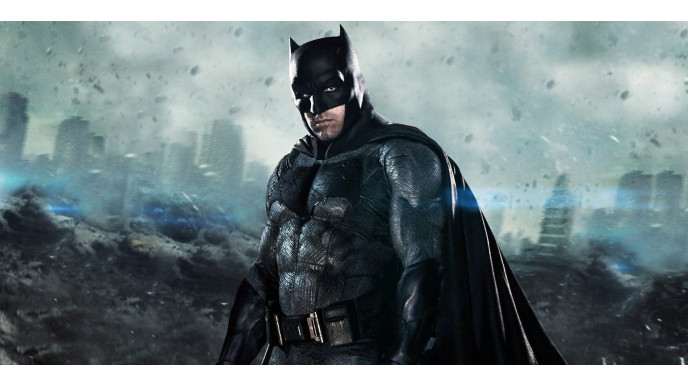 It’s weird how much the DC Extended Universe has struggled. There have been high points – whoever decided to cast Jason Momoa as Aquaman and change a fairly stupid boring character into a gloriously stupid brotastic one was a genius – but overall there’s a lot of missed opportunities, confused continuity and general weirdness. Why are there so many Joker projects on the go? Why does Ben Affleck hate being Batman so much? Who keeps employing Jared Leto? Why did they make a film about Batman’s baddies that barely had Batman in it, and use really crappy interchangeable CGI baddies for everything else?

As it’s all unfolded clumsily alongside the really well-planned Marvel Cinematic Universe, it’s been frustration after frustration, but plans seem to be afoot to make 2021 – not this year, or next year, but the year after – the year that they’re really going for it, with three big projects landing across the summer.

The Batman: an Affleck-free zone

The long-discussed movie The Batman is finally happening, directed by Matt Reeves of Cloverfield and War for the Planet of the Apes fame, focusing on the detective side of the World’s Greatest Detective, and starring… who knows? Ben Affleck, who went from loving Batman all his life to actively, passionately detesting playing the role with all his heart, is officially out.

Batman is the best character in the world, yet has had as many crap big-screen iterations as good ones (Keaton: great; Kilmer: very good but in a shit-ass film; Clooney: could have been great but holy hell what a misfire; Bale: great; Affleck: could have been amazing but somehow everything went extraordinarily wrong). The new film is said to be centring on a younger Batman, a smaller-scale adventure than the giant, city-destroying, Earth-saving escapades of Justice League. Who will play the young Bruce Wayne? Expect months of speculation followed by an announcement that either enrages people because it’s too predictable or fills them with anger because it’s too weird.

Hey cool, another confusing one. The Suicide Squad is either a reboot, a sequel, both or neither to 2016’s Suicide Squad. DC initially hired James Gunn, director of the Guardians of the Galaxy films, to write Suicide Squad 2 in the hope of bringing some of the Guardians vibe to the sequel. Now, though, not only is Gunn also directing, but the original film might be entirely thrown out continuity-wise. The Hollywood Reporter says the new film will mostly feature new characters, meaning we might not see, uh, the sort of Gothy one or the big chap who didn’t say much again.

This will feature Superman’s dog Krypto, Batman’s dog Ace the Bat-Hound and Supergirl’s cat Streaky. The assumption is that this is an animated film – animals make good cartoons, and all of the talent announced as being involved with it have animation experience – but that’s not actually been said anywhere. It could be anything – actors in dog costumes kicking each other in the nuts, anything. Directors Jared Stern and Sam Levine both worked on Wreck-It Ralph, and producer Patricia Hicks is a Disney animation veteran, so yeah, odds are it’s animated.