Complete with a spooky re-imagined storyline 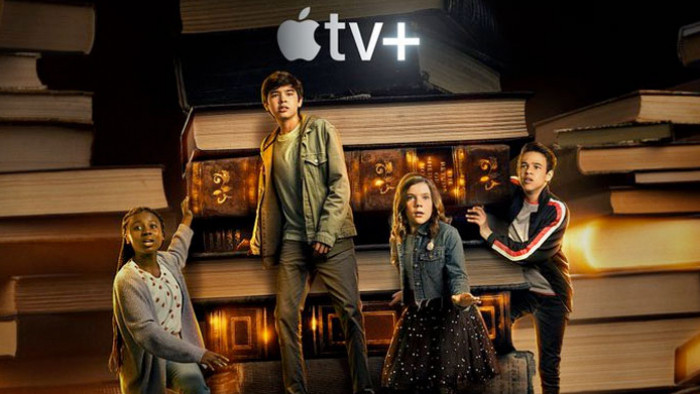 For those of you who grew up in the 90s, the name Ghostwriter may ring a few bells. It popped up behind Tim Cook at the recent Apple Event, but no further mention of it was given, leaving us guessing as to whether this could mean a reboot of the relic. And it turns out the answer is yes. Apple has confirmed that Ghostwriter is set to become the latest series to land on Apple TV+ when it launches on November 1.

A classic tale of teenagers in Brooklyn who solved neighbourhood crimes and mysteries with the help of a spirit by the name of Ghostwriter, the show ran from 1992 to 1995 on PBS and became something of a fan favourite. And given kids exploring and fighting otherworldly things is very in at the moment, with the likes of Stranger Things, it feels like a good move by Apple to reboot the show.

However, the reboot looks to be a complete re-imagination of the series, with the image spotted behind Cook at the event in Cupertino, California, depicting a group of children standing among piles of books.

Turns out, the image is a nod to the new storyline, which centres around a ghost that haunts a local bookstore, unleashing fictional characters into the real world.

The group of four children join forces to solve mysteries that only they can see, in order to figure out the ghost’s unfinished business according to Deadline.

Set to be directed by Luke Matheny, the brains behind The Dangerous Book for Boys, each episode focuses on a piece of literature, incorporating new and existing work commissioned from well known authors including DJ Machale and Kwame Alexander.

Ghostwriter is set to join eight other exclusive shows as part of the Apple’s new streaming service: The Morning Show, Dickinson, See, For All Mankind, Helpsters, Snoopy in Space, The Elephant Queen, and an exclusive project from Oprah Winfrey.

Ghostwriter is set to premiere alongside the launch of Apple TV+ on November 1.