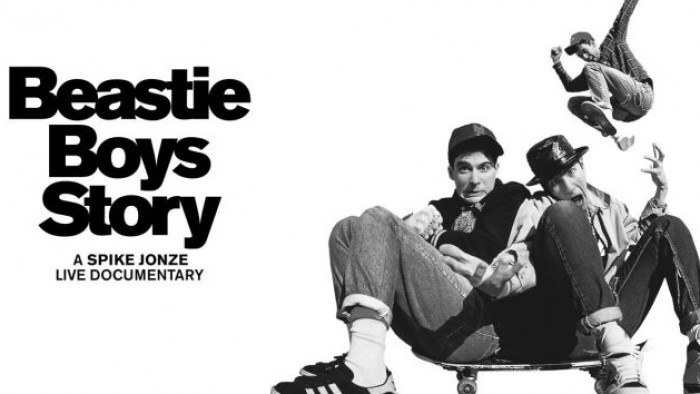 US film and music festival SXSW is usually the platform to showcase such delights, but given Coronavirus has well and truly scuppered those plans following its cancellation, Apple has decided to unleash a three-minute trailer into the world instead.

And we’re not complaining.

The Spike Jonze directed visual was posted to YouTube by the tech giant, promising fans they’d see "Mike Diamond and Adam Horovitz tell you an intimate, personal story of their band and 40 years of friendship."

It’s been 25 years since Jonze directed the band’s renowned Sabotage music video - footage that has become ingrained in music history courtesy of its endless cop cliches and a few dodgy wigs.

Described as a ‘live documentary experience’, the footage sees the pair talking viewers through a montage of photos from their heyday - including those distinctive hazmat suits from their Intergalactic video which have never been so en vogue.

The release comes as Apple attempts to churn out original content in a bid to compete with streaming rivals including NOW TV, Amazon Prime, Netflix and Disney+ - which is set to land later this month.

Beastie Boys Story is set to land in IMAX cinemas on 2 April in the US - no word yet, though, as to whether the UK can expect a similar launch.

Fans will also be able to catch the doc on Apple TV+ when it’s released on 24 April.