Everything you need to know about the new HomePod Mini. 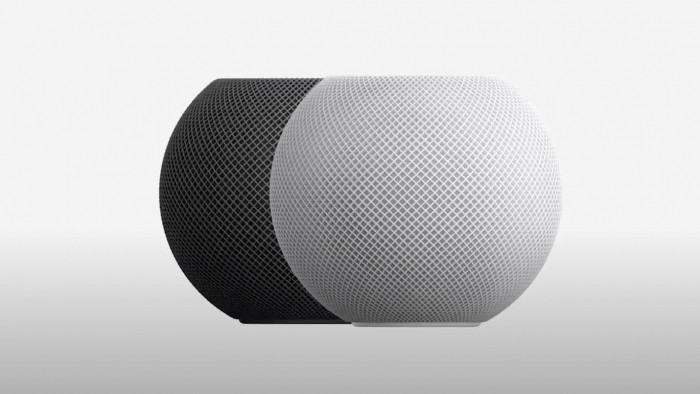 This is a dinky version of its original HomePod speaker but they've made it a hell of a lot smaller.

It looks a little like a scented candle and for those who like BBC Radio stations, the good news is that TuneIn is one of the apps that will be compatible with the HomePod - Spotify was nowhere to be seen, though.

The Apple HomePod Mini is cheap, too, at just £99/$99 it is definitely trying to scrap with the likes of the Amazon Echo.

It will be available from November 6 - here are 5 things to know about the HomePod Mini.

The HomePod Mini has been given the Apple S5 chip. This with some fancy software means that the HomePod Mini optimise loudness, adjusts dynamic range and control the movement of the driver and passive radiators in real time. Inside is a full-range driver, which is powered by a neodymium magnet and a two passive radiators which look after the deep bass.

Because of the shape of it, there's a 360-degree audio experience and there are three mics inside so they will hear “Hey Siri,” and a fourth inward-facing microphone helps isolate sound coming from the speaker so it can actually hear you.

2. It introduces something called Intercom

Yeah, it's not just about FaceTime anymore, Intercom allows you to quickly send a message from one HomePod to another. This is a lot like what the Echo delivers.

Intercom also works with your iPhone, Apple Watch, CarPlay and your HomePod speakers. It works with AirPods as well.

3. It wants to be the brain of the smart home

Apple went big on the HomePod Mini being the brain of the smart home. If you already have a smart speaker, you pretty much know what that means: the HomePod Mini will control smart home accessories via Siri - turn off the lights, change the temperature, lock the doors etc.

Like Sonos and Amazon Echo, if you have a bunch of the HomePods in the house, then you will be able to connect them up. If there are two in the same room then they will automatically pair up to be stereo speakers.

5. It interacts with your iPhone in better ways

Bring your iPhone close to the HomePod Mini and you will get haptic feedback from your phone which sounds like it could be both really fun and really annoying.

HomePod mini will be available in white and space grey for £99/$99 from Apple.