It's an ever-growing line-up of series 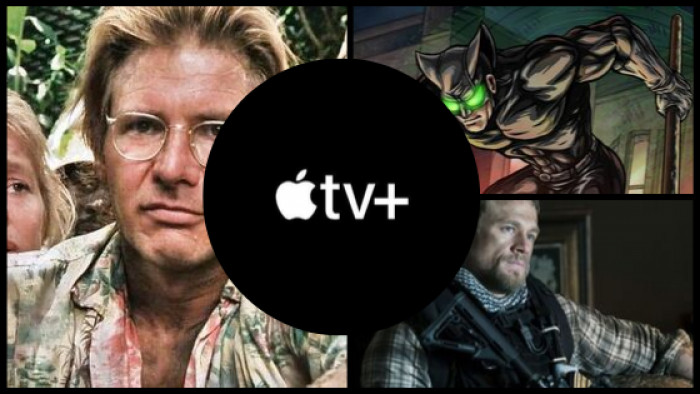 As of November 1, Apple TV+ is set to join the battle of the streaming giants as it launches its subscription service across the globe. The current line-up of shows looks to be strong in quality but weak in numbers, something that Apple is clearly trying to rectify with the announcement that three new TV shows are set to be added to its list of exclusive content.

The streaming platform has announced it’s developing three new shows - bringing in Robert Rodrigues (Alta: Battle Angel), Justin Kurzel (Assassin’s Creed) and Rupert Wyatt (Rise of the Planet of the Apes) - in a bid to entice viewers away from the competition.

Rodriguez is set to develop a comic book adaptation of El Gato Negro (also known as The Black Cat), originally created by storyboard artist and comic book creator Richard Dominguez. The new project is set to star Diego Boneta (Terminator: Dark Fate), who will both star in and produce the show. Talk about self-indulgent.

The show is set to track the exploits of two south-Texan crime-fighting heroes - a grandfather who happens to be a Mexican lucha wrestler and has been fighting crime for decades, the other, his grandson, who takes over from a fabled local hero to avenge his best friend’s death.

Strangely, a certain character duo from Kick-Ass spring to mind.

With the script set to be written by Eric Warren Singer (American Hustle), the 10-episode series will be based on the best-selling novel by Gregory David Roberts, telling the tale of a man on the run from an Australian prison who finds himself lost in the slums of Bombay, interacting with the dark underworld of India.

Topping off the series announcements is The Mosquito Coast, a star-studded drama remake from Luther creator Neil Cross. Directed by Rupert Wyatt, the show will be an adaptation of the 1981 novel by Paul Theroux. Funnily enough, it’s also set to star Paul’s nephew, Justin Theroux.

Talk about keeping it in the family.

It’s a title you might recognise, given that it was originally turned into a film starring Harrison Ford in 1986.

Depicting an idealist (Theroux) who uproots his family and moves them to Latin America, whether the project will enthral viewers as part of a drawn-out series remains to be seen.

No news yet on when the projects are set to land on Apple TV+, but the addition of three new projects will certainly add some variety to the current line-up ahead of its launch.