Noise-cancelling AirPods are here - what you need to know before you buy. 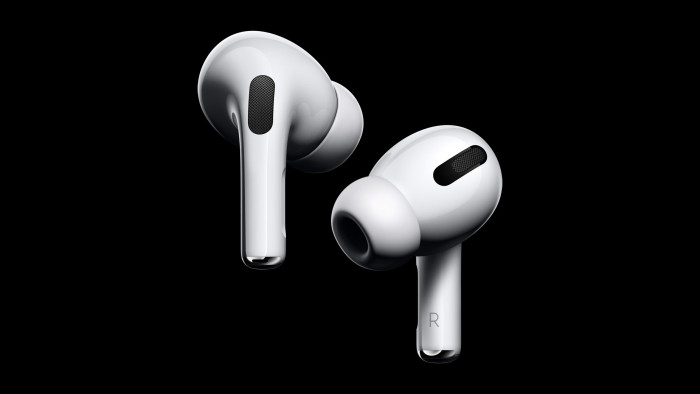 The new Apple AirPods Pros have arrived. Apple's newest earphones offer up a number of audio enhancements - more than enough to keep the music moaners happy.

Nope. we haven't got a clue what that means, either. But, that hasn't stopped us from delving through the new features and unearthing six things you need to know about the brand-new earphones.

One of these things, unfortunately, isn't new colours. There was a big rumour that we would see some colourful AirPods soon, but this isn't the case. That doesn't mean they aren't happening, but it looks like Apple is going to keep you waiting for those.

Here are six things, though, that you need to now before buying the AirPods Pro.

1. They use active noice cancelling

This is the big difference between the old AirPods and the new ones. ANC is a big deal on headphones and, when done right, it's a game changer for those who have never used it before. For Active Noise Cancellation to work on the AirPods Pro, the earphones use two microphones and some software re-jigging to remove background noise. The first mic detects external sound, and the AirPods Pro then create an equivalent anti-noise to cancel out that background noise. The second inward-facing microphone listens toward the ear and stops any remaining noise. The earphones do this 200 times a second, which is pretty impressive.

2. You can also hear what's going on around you

Given noise cancelling, er, cancels a lot of noise Apple has added in a functionality called 'transparency'. This is a fancy name for providing users with the option to simultaneously listen to music while still hearing what's going on around them - announcements, that car careening towards you etc. You can flick between ANC and transparency mode by using the new force touch functionality on the stem of the earphones.

3. They're a brand-new design

The AirPods Pro have been built from the ground up, according to Apple. Most of this new design is to do with the earbuds - they are now silicone and not fixed (see below). Apple has improved the bass as well and added in a H1 chip which means better Siri functionality. There's also a nice Audio Sharing option - which makes it easy to listen to the same song, by bringing a second pair of AirPods close to your iPhone or iPad.

4. They are sweat and water resistant

Even though many of you use AirPods for fitness, they aren't actually sweat or water resistant. The AirPods Pro are, however, with Apple noting that to "further maximise comfort, AirPods Pro use an innovative vent system to equalise pressure, minimising the discomfort common in other in-ear designs. AirPods Pro are sweat- and water-resistant, making them perfect for active lifestyles." Lovely.

5. Music is tuned for your ears

Apple has announced Adaptive EQ for the AirPods Pro - this automatically tunes the low- and mid-frequencies of the music to the shape of ear of the person wearing the earphones. This is a good move by Apple - and if it does enhance the new bass and higher frequencies, then we could well be in for an aural treat. It's worth noting that Apple isn't the first to do this - there are plenty true wireless earphones around that do the same thing. But it's Apple so it sounds very new!

Apple has always relied on hard casing for its earphones - something that was a little uncomfortable for some. Comfort isn't the reason for the change here, though. The Apple AirPods Pro silicone buds act as a sealant which helps with the noise cancelling. To make sure they fit your ears properly, Apple is adding three sizes into the box: small, medium and large.

The Apple AirPod Pros are available to buy from the Apple Store 30 October and will set you back £249/$249.

If you want to see what the competition is up to, these are the best true wireless earphones to buy and the best in-ear headphones to buy right now.

Get the shot with none of the fuss.
TV