The trailer for American Horror Story: 1984 is here and it’s gory 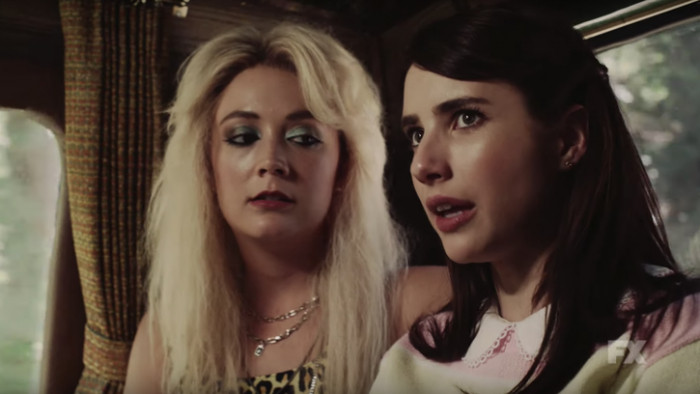 After endless teasers on social media, we finally have our first full trailer for American Horror Story: 1984 and it is bringing some serious 80s slasher movie vibes.

AHS regulars Emma Roberts, Cody Fern and Billie Lourd return for the ninth season of the show as they explore a spooky campsite. They are joined by newcomers Gus Kenworthy - who will play Roberts’ boyfriend - and DeRon Horton. The gang soon find out about the legend of serial killer Mr Jingles - who is on the loose after escaping a nearby asylum. AHS: 1984 will be the first season without some of the main stars, with Evan Peters and Sarah Paulson not returning in leading roles. Kathy Bates and Angela Bassett will not be taking part either. Instead, co-creator Ryan Murphy will reunite with former Glee star Matthew Morrison and Pose actress Angelica Ross.

You can catch up on series 1-6 on Netflix now, and with season 7 available on Amazon Prime Video.

American Horror Story: 1984 premieres in the US on Wednesday, 18 September at 10pm ET, and on NOW TV in the UK.