Best Amazon deal: Get over £260 off this Kenwood mixer 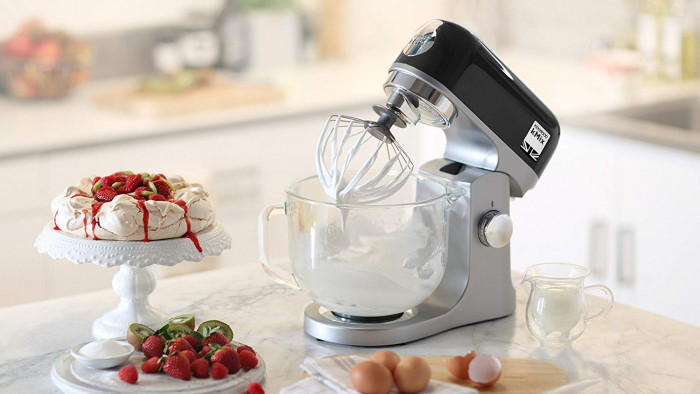 Amazon currently has some major discounts as part of its End of Summer sale - with deals on everything from mobile phones to luggage.

However, with the Great British Bake Off just around the corner, we had to pick out this Kenwood kMix Stand Mixer to shout about. Normally this mixer costs £430, but right now, you can get over £260 off - a bargain price of £169.

Kenwood kMix Stand Mixer
£169 - was £430
This mixer has everything you need to be the next star baker - now, with £260 off. It has speed control settings, adjustable baking tools and even a fold function.
View now at Amazon
Whether you’re a complete novice or the next star baker, this mixer can help you get you cakes extra fluffy (and with no soggy bottom, hopefully!).
It has electronic speed control so that you can gradually increase the speed keeping the mixture inside the bowl, and avoid getting mixture all over yourself and the surface.
It has adjustable baking tools, including a whisk and dough tool, so that you can get creative with your bakes, and it has a 5-litre mixing bowl so that you can make enough cakes to build your own showstopper.
It even has its own fold function to help you mix your ingredients together without losing those all important air pockets. According to Kenwood, this makes the mixer ideal for making meringues and souffles (if you’re brave enough).
Best be quick though, this deal isn’t around for long - it ends at midnight on Friday.
Don’t worry though if you miss out, ShortList will also continue to curate the best deals during Amazon’s end of summer sale until it ends on August 30, so be sure to keep an eye on our best deals page.

Push that hot air around with the best fans for cooling.
Home