Tackle those creases with ease thanks to one of these brilliant irons. 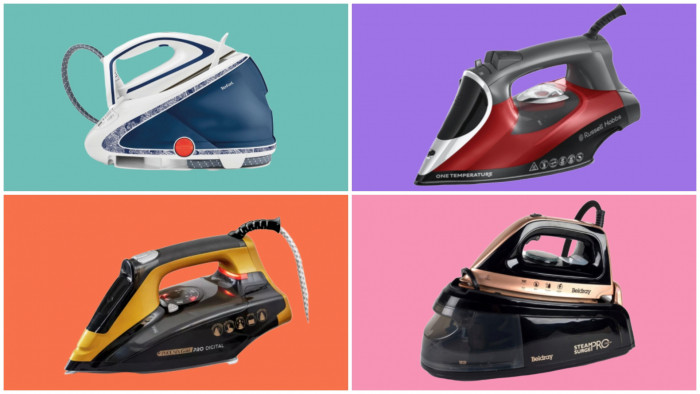 Having to buy a new iron probably doesn’t fill you with excitement, but having one that’s up to the job will hopefully make ironing as painless as possible - that’s where our round-up of the best steam irons comes in.

The price of steam irons can vary considerably depending on whether you want to invest in a steam generator iron or not. A steam generator iron pumps out a continuous stream of steam so they are often the better choice if you’re doing a large quantity of ironing and need something heavy duty.

However, they do tend to have a higher price tag, so if you’re on a budget a more standard steam iron may be a better option. Features to consider include weight, size, and cord length or whether you’d prefer to have a cordless option to give you more freedom while you’re ironing.

Most steam irons should also have auto-shut off modes for safety and a self-cleaning feature to prevent limescale from building up - the latter is an essential feature if you live in a hard water area like London.

With all that in mind, here’s our selection of the best steam irons you can buy right now. 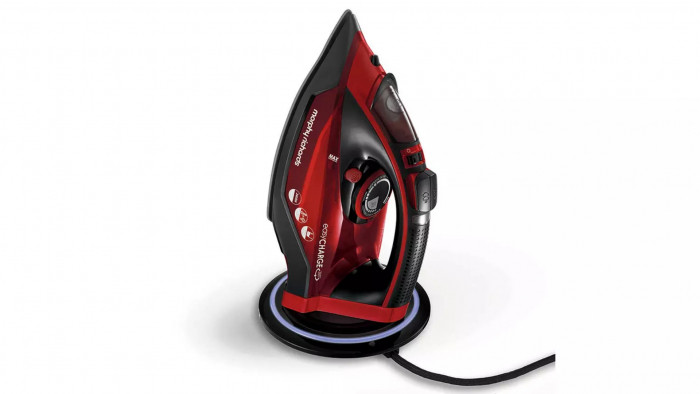 A 360 degree charging plate means that you can pick up and put down the iron with ease while ironing. The ceramic soleplate easily glides over any fabric and the steam levels can be adjusted depending on how stubborn the creases are. With anti-scale technology, the Morphy Richards Cordless shouldn’t have you worrying about limescale. 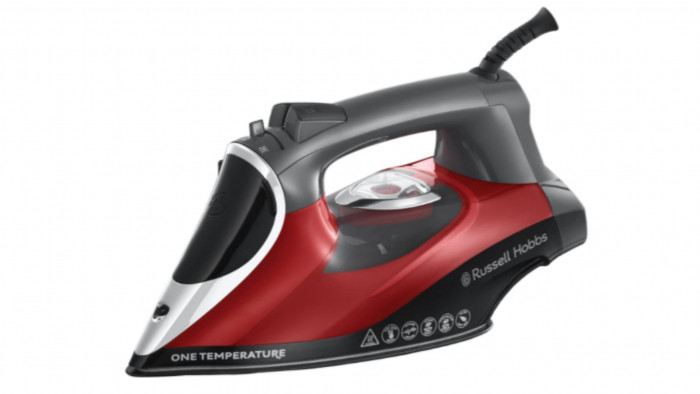 The One Temperature is designed to do just that - work on all fabrics without having to adjust settings - so that your ironing session can be as effortless as possible. This Russell Hobbs iron also heats up in under 30 seconds, has a self-cleaning mode and will switch off automatically if left on idle for too long. The design is a little 'boy racer', though. 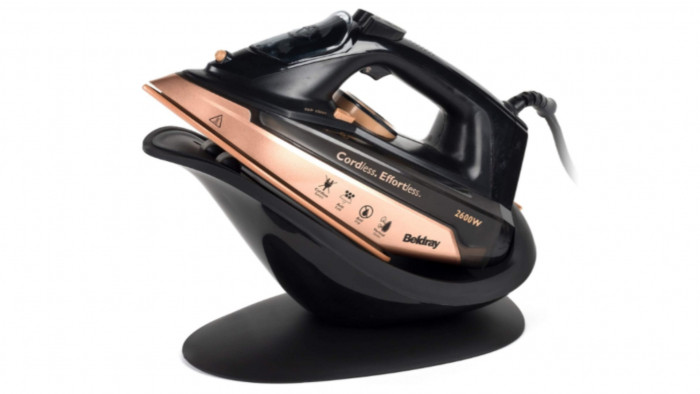 With the Beldray 2-in-1 you have the option of using it both corded and cordless. The latter is ideal if you also want to use your iron to steam curtains or other hanging fabrics. It also has an integrated anti-calcium filter to prevent limescale build-up and heats up within less than a minute and only needs seconds to recharge. 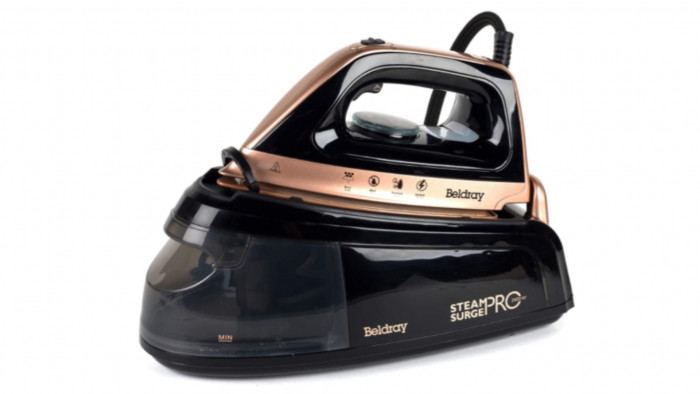 The Surge Pro is the bigger and bulkier brother of the 2-in-1. With a 1.2L tank (rather than the 2-in-1’s 0.3L), this steam generator iron will last for as long as you can bear to iron. The water tank is also fully removable, which makes life that bit easier and it can also be used like a steamer to remove creases in clothing or curtains. 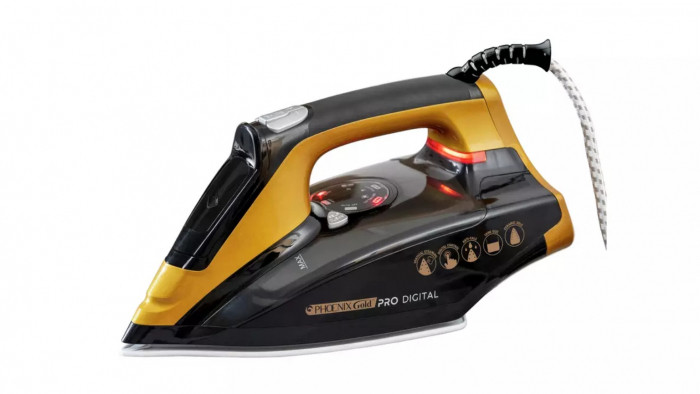 The gold and black colour scheme of the JML Phoenix Gold Pro make a change to the whites and blues usually found decking out irons. With a 0.4L water tank, it is a fairly standard size but the exaggerated point at the front of the iron did mean it was particularly effective when it came to smoothing out collars. It also has a pretty effective anti-drip system and a self-cleaning function. 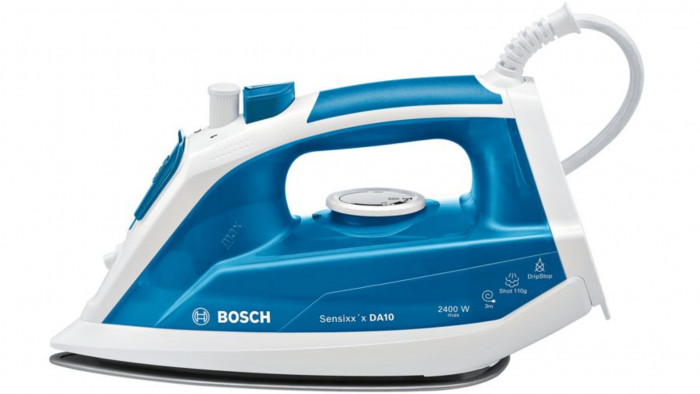 A compact, easy to use iron with an inoffensive colour scheme of blue and white. It may not be as light as the Philips Featherlight Plus, but at 1kg, it’s hardly heavy. With a heat up time of just 30 seconds, you can make your ironing as efficient as possible. Rather than one self-cleaning mode, the Bosch Sensixx'x has three functions to prevent the build up of limescale. 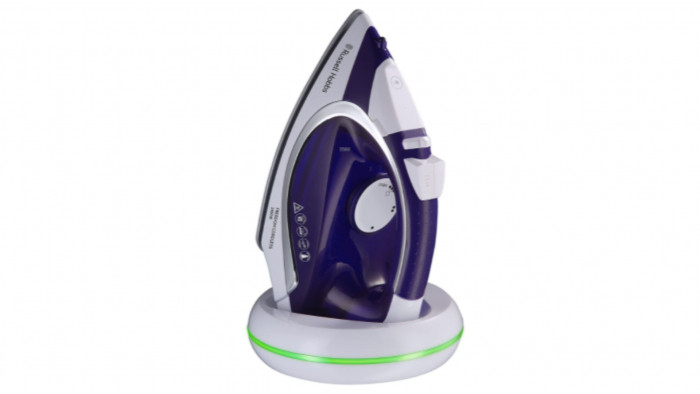 Weighing just 1.53kg, the Freedom Cordless was one of the lighter irons we tested. It meant our arms didn’t get quite as tired as quickly and the smart light ring on the base makes it easy to see when the iron is ready to use and when it needs recharging. You do have to place the iron momentarily back on the base every 30 seconds to recharge, but this should be no more than five seconds each time. 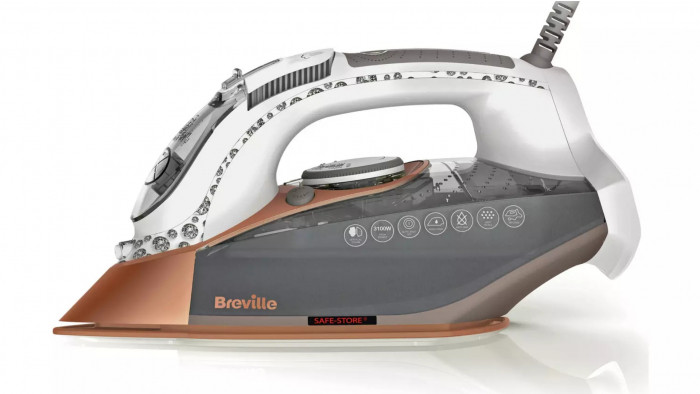 Design-wise, the Breville DiamondXpress is pretty sleek if you don’t mind the slightly kitsch diamond print that runs down the side of the handle. It is a corded iron but it’s easy to fill and has more power (3100W) than the usual standard steam iron (2400W). The cord is also slightly longer than most on this list at three metres, and it has all the typical self-cleaning and auto shut-off features. 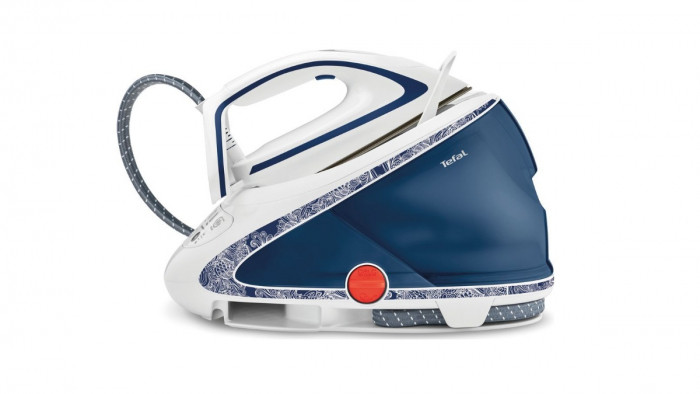 This steam generator iron was by far the biggest and most expensive iron we tested. It has a huge water capacity of 1.9L and will easily outlast your pile of washing. The Tefal Pro Express Ultimate also has a lock system to keep the iron put when moving the base or putting it away. This is the iron you need if you'd describe the amount of ironing you have to do as 'out of hand'. 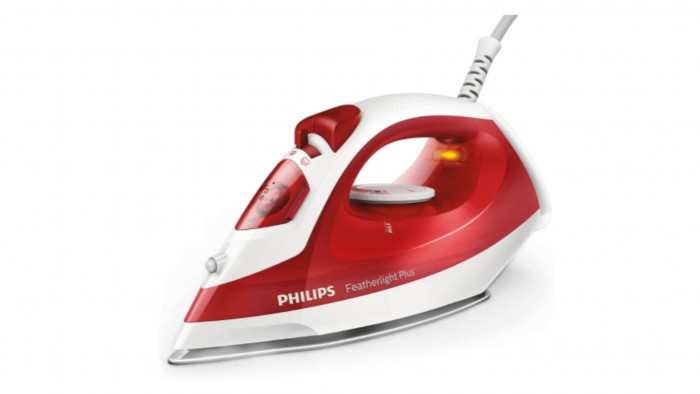 The Philips Featherlight Plus is one of the lightest irons on the market, weighing just 0.7kg. It’s also one of the cheapest. Its weight and comfortable handle makes it easy to use for long periods of time and it even has a calc-clean function to help keep the iron working its best for longer. Finally, it only took 25 seconds to heat up so you can get going without any fuss. That's what this iron is - no fuss. 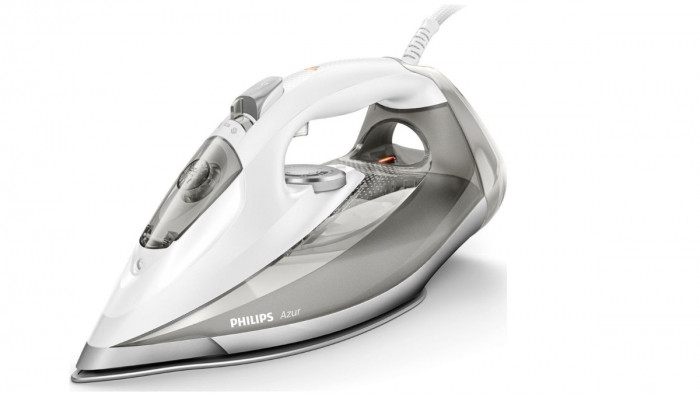 On its soleplate, it will automatically switch off after 30 seconds (eight minutes when it’s standing on its heel). The Quick Calc Release system will protect your iron against limescale and can easily be cleaned and replaced within 15 seconds. The white and silver design is stylish, too.

UPDATED: Find the best BBQ for you.
Home

The best coffee around for the ultimate taste test
Tech

Make sure you are listening to the radio on the right radio.
Kitchen

Courgetti at the ready, it's time to buy the best spiralizer.
Kitchen 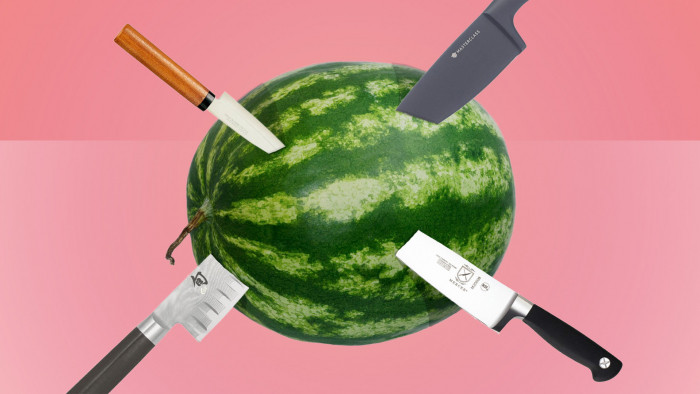 Sharpen up your cooking with these best kitchen knives.