All or Nothing: Tottenham Hotspur - strange season, fantastic doc

Prime Video’s latest footie documentary has it all. 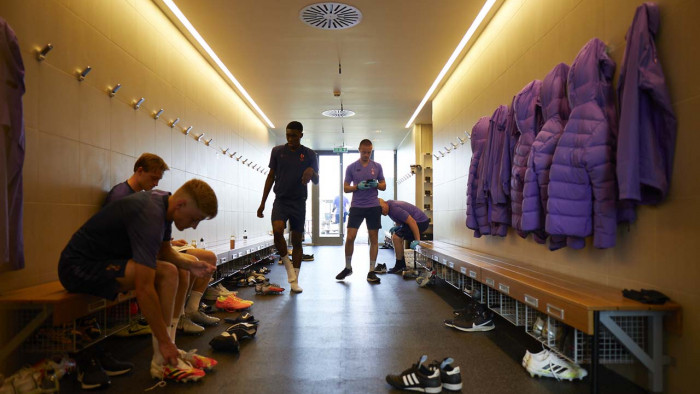 How do you make a compelling documentary about football when for a good chunk of the season there was no football at all? That was the arduous task for Amazon Prime Video with All or Nothing: Tottenham Hotspur and, from the episodes we’ve seen, they have managed it with aplomb.

UPDATED:All or Nothing: Tottenham Hotspur is available to watch on Prime Video now. It has made our best Amazon Prime series list and there will be new episodes weekly to watch. On the 31 August, Amazon made the first three episodes available - these are the ones that we have reviewed in this article.

On paper, Tottenham’s season was a middling one: finishing sixth in the league with a Europa League place but knocked out of all cups. It’s a far away cry from the first All or Nothing which saw Man City win the league with style and all the drama that ensued.

But much like our nation’s love of soaps, successful TV doesn’t always come from seeing people win but lose and the tension that creates.

All or Nothing: Tottenham Hotspur - narrated by Tom Hardy - has this and more, and that’s before even Covid-19 is mentioned, charting one of the strangest seasons of all time.

Here are five things to know about the show...

All or Nothing: Tottenham Hotspur starts with the spectre of the final games of the last season. From the utter joy when a last-minute goal sent them to the final of the Champions League - and earning the club over £100 million in the process - to losing the final to Liverpool. This losing streak continues through to the first eight matches of the new season, with Spurs winning just two. Then came a big European defeat, seven goals to the bad against Bayern Munich.

It was always going to go one way: and it was all caught on camera. Mauricio Pochettino sacked after five years, Mourinho revealed a mere day later.

Cue much chatter from Spurs’ footballers, scared like kids meeting a new teacher for the first time.

In a normal football calendar, this would already be a packed season but here we are halfway through episode one. From here on in, we expect Mourinho would have wanted this doc to be his story, his turnaround, his Tottenham...

2 The second episode is the Mourinho show

For the second episode we get a microcosm of this, watching Mourinho unpack his stuff (which include A LOT of pictures of him winning things) and getting to know the players on the pitch, their nicknames and how they react to his ways.

We see Tottenham winning once more, their confidence growing, Dele Ali getting a ‘truth’ talk and resurfacing as a world-beating player because of it; Tottenham pushing up to fifth place, games being won, the new stadium touted as a world beater.

Then reality hits and we see some players wanting to leave, and this is where the doc comes into its own with the access available. We’re in every meeting with players, with Mourinho trying to figure them out and build a team that still needs shape and confidence. We see Mourinho helping with the pep talks and castigating when things don’t go right - losing to Chelsea is a particular must watch.

And then there’s the interviews with Daniel Levy, where he’s promoting the new stadium in one breath, trying to explain his sacking of Pochettino in another.

4 There are some fantastic quotes throughout

“I don’t belong to the box, to the stand, the couch in my house. I belong on the pitchside.” Mourinho there, explaining his rush back to management.

“Because I was sacked,” Mourinho there explaining why he said at Chelsea that he would never go to Spurs, only to change his mind.”

“You can not be nice, you have to be a bunch of bastards.” Mourinho there getting his team riled up before another big game.

5 And there is a lot more to come

We have only seen the first three episodes of All Or Nothing: Tottenham Hotspur but it’s a great watch and that’s before the big Covid-19 and the big Premier League shutdown comes into place. Spurs’ season may not have been the best on the pitch but behind the scenes it’s an absolute winner.

The first three episodes of All Or Nothing: Tottenham Hotspur are available on Prime Video now.