A Tarantino Star Trek film would be “Pulp Fiction in space” 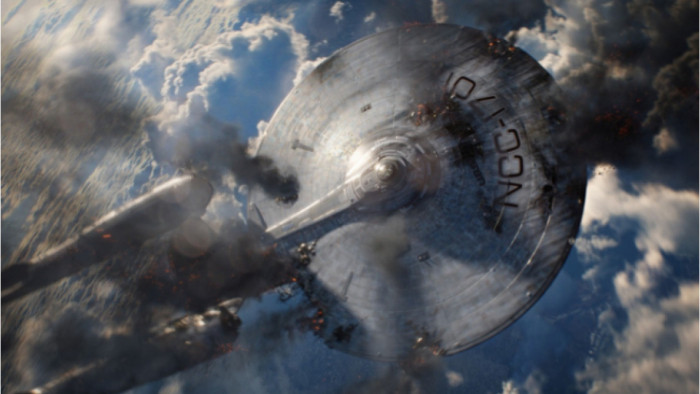 A few months ago it was confirmed that Tarantino had been working on a script for a Star Trek movie, and quite a big deal was made about the proposed R rating. Simon Pegg, who played Scotty in the recent remakes, has reassured nervous parents of young Trek fans that a Tarantino Star Trek “won’t be Pulp Fiction in space.”

Except, apparently it would be. According to the man himself.

“I get annoyed at Simon Pegg,” Tarantino said in an interview with Deadline. “He doesn’t know anything about what’s going on and he keeps making all these comments as if he knows about stuff. One of the comments he said, he’s like ‘Well, look, it’s not going to be Pulp Fiction in space.’ Yes, it is!”

That point was punctuated by a laugh, but apparently Tarantino was deadly serious. “If I do it, that’s exactly what it’ll be. It’ll be Pulp Fiction in space. That Pulp Fiction-y aspect, when I read the script, I felt, I have never read a science fiction movie that has this sh*t in it, ever. There’s no science fiction movie that has this in it. And they said, I know, that’s why we want to make it. It’s, at the very least, unique in that regard.”

That’s a big if, mind. “I don’t know if I’ll do it or not,” he said. But yes, it would be R rated – something Tarantino thinks has been overblown. “I just don’t think it’s that big of a deal but if I’m going to do it, then I’m going to do it my way,” he said.

“I think it would be more controversial if I said I’m going to do a PG movie and it’s going to fit exactly in the universe. It’s not me,” he added, not unreasonably.

So no guarantees, but if it does happen, hopefully it won’t end up being another Nemesis, and will proudly join our list of the best Tarantino movies