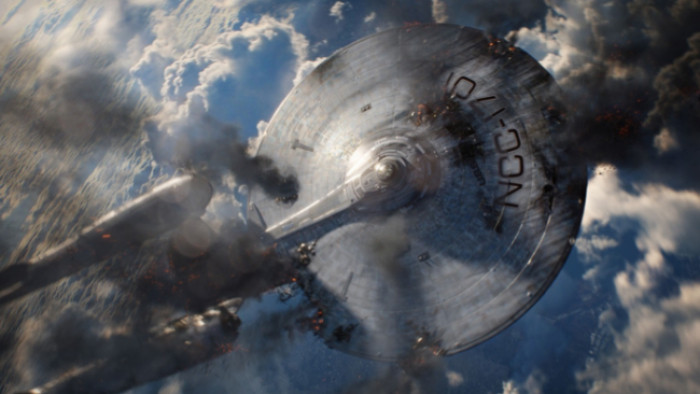 If you ever thought that Star Trek could do with being a lot more gritty, then good news: Quentin Tarantino has officially written a script.

While that doesn’t mean Tarantino’s Star Trek is a done deal, he did tell /Film that it was “a very big possibility.”

This wouldn't be Pulp Fiction in space – though we would pay good money to see such a thing – just a more R-rated take on classic Star Trek-based materials but if it works, then it would certainly be up there in our best Tarantino movie list.

“I haven't been dealing with those guys for a while 'cos I've been making my movie. But we've talked about a story and a script,” he explained. “The script has been written and when I emerge my head like Punxsutawney Phil, post-Once Upon a Time in Hollywood, we'll pick up talking about it again.”

This isn’t the first time talk of Tarantino taking on Star Trek has emerged, of course. Last year Karl Urban – the latest incarnation of McCoy – gave us an interesting insight of what to expect, revealing at the Trekonderoga convention that “I know a little bit about what that is, and it’s bananas.”

“Bananas” doesn’t necessarily mean a flurry of F-bombs (no, I haven’t misspelled ‘photon torpedoes’) however. “You shouldn’t worry that it is going to be full of obscenity and stuff,” he continued. “He wants an R-rating to really make those beats of consequence land.

“If it’s not PG, if someone gets sucked out into space, which we have all seen before, we might see them get disemboweled first… It allows some some breadth… gives him some leeway to do that.”