Wait, is Wednesday about to leave Netflix? It's complicated

The show topped the Netflix charts, but could it wave goodbye to the streaming service. 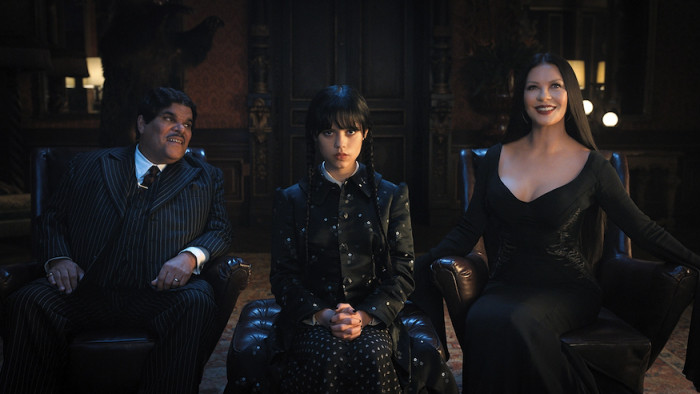 Just as quickly as Wednesday shot to fame on Netflix, the show could be about to jump ship ahead of season two.

Directed by Tim Burton, the acclaimed Addams Family spin-off has broken all manner of streaming records when it launched on the platform on November 23.

Knocking Stranger Things into second place as the most viewed series (in hours) in a single week for an English-language series on Netflix, the macabre series also broke the 1 billion watch hours mark.

It stands to reason then, that Netflix would like to hold onto the hit show.

However, the problem lies in the fact the series is a Metro-Goldwyn-Mayer (MGM) production.

Last year, MGM merged with Amazon for a staggering $8.5 billion (£7.06 billion), handing Amazon ownership of its catalog of titles.

As initially noticed by The Independent, it's a deal that means the rights to Wednesday are now technically owned by Amazon and there's a distinct possibility the platform could be about to take charge of series two.

However, Amazon has stated previously that it's not planning to make all titles owned by MGM exclusive to Prime Video. Like what it will be doing with the James Bond series - which is partly Amazon owned but the IP is controlled by Eon Productions - there will be differing cases for each property.

As a Netflix representative pointed out to the MailOnline: "MGM make programmes for any number of streamers and broadcasters and their acquisition by Amazon does not change that. The sale has no impact on existing rights deals."

It's entirely possible Netflix could also strike a deal with its streaming rival to secure the rights to future series and keep Wednesday on the platform. Or, alternatively, small print as part of the deal will ensure the show remains on the platform.

Given the massive success it has had with the show, it would be rather silly to let it go. Saying that, it's just cancelled one of its biggest-budget shows and it did take a very long time to greenlight a second season of The Sandman.

At this stage, all we can do is speculate over the series' future.

So, for now fans can rest easy in the knowledge an unlimited supply of Jenny Ortega's Wednesday, The Addams Family and the Nevermore Academy, all remain accessible via a single Netflix membership.

And, yes, that dance is still riding high in the Tik Tok charts.