You’ve got a new Oculus Quest 2 VR headset, now you need the best Oculus Quest games to make the most of this fantastic, wire-free virtual reality system.

Gone are the days of virtual reality costing a small fortune to try at home. The Oculus Quest 2 is much more affordable than its predecessor. And the big difference between the Oculus Quest and other VR headsets, like the PlayStation VR, Oculus Rift or HTC Vive, is that it doesn’t need expensive equipment, a wired connection or even that much space to transport you into all kinds of virtual worlds and games.

The Oculus Quest 2 also boasts six degrees of freedom, which means advanced sensors on the VR headset know when you’re moving up, down, left to right and backwards and forwards.

This makes VR games feel much more realistic, and every move you make in a virtual space is translated perfectly into whatever you’re doing in VR, whether that’s battling faceless attackers, boxing, flying through the air or painting fantastical virtual masterpieces.

There are plenty of the best Oculus Quest 2 games to choose from, including those designed for creativity, discovery, fitness, exploration and lots of shoot-em-ups.

Remember to upvote or downvote to have your say – and add your favourites if we’ve missed any. 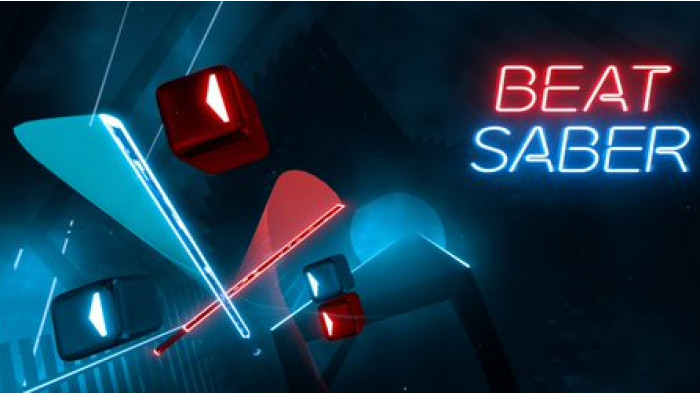 Beat Saber has become something of a virtual reality phenomenon over the past year or so – and it's easy to see why.

Think of Beat Saber as a cross between an old school arcade dance machine and Guitar Hero. You have two sabers – which, very awesomely, buzz with electricity in your hands – which you need to swing, swipe and jab to hit boxes as they fly towards you.

It may sound simple, but as the pace picks up, more boxes appear and bombs are added into the mix, it becomes a fun, fast-paced and high-energy game that's very, very addictive. What's more, it's particularly fun to play on the Quest – it's available on some other VR systems too – because it's untethered, which means you can saber away without worrying about wires, and the motion controllers are really accurate.

The team behind Beat Saber are keen to add lots of new features to the game soon, including an upcoming 360-degree mode, which puts boxes all around you, as well as updated tracks to play too and even some fitness features – because let's face it, this is better than any workout you'll get at the gym. 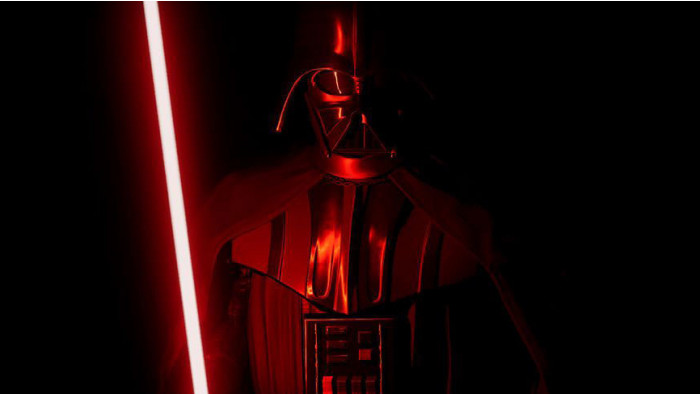 The Void is one of the best location-based VR experiences on the planet. But you have to travel to a venue to try it out. Now, some of the great minds behind The Void from ILMxLab have created a home-based VR experience for the Oculus Quest – and it's all about Darth Vader.

This is beyond exciting for Star Wars fans who love the character, and it's particularly great for those who are interested in some of the mystical forces that make up the wider Star Wars universe – if you're a fan of Clone Wars and Rebels, you'll also love this.

The experience itself is a narrative-driven game that puts you face-to-face with Vader, trains you in using a light saber and allows you to explore some of the dark, fiery depths of Mustafa. This is just the first in a three part series, fingers crossed we won't have to wait too long until the next ones arrive. 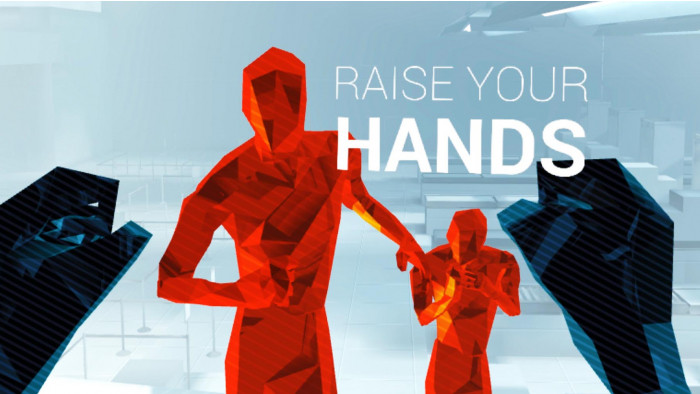 Superhot VR is essentially a shooter and combat game. But it doesn't take much gameplay to realise it's actually much more than that. The game works in slow-motion and the faceless characters you're fighting, which look like big shards of red glass, only move when you do. This is easy-ish at first, but as the pace picks up and more opponents arrive you'll have to fight, shoot and dodge to stay alive.

The game involves a lot of thinking and strategy as well as fighting. When you inevitably get hit and die in the game, you'll be transported back to a few minutes earlier and you'll need to figure out what you should have done last time.

Although this game is available on other systems – and as a non-VR game too – it's particularly fun to play with the Quest's wire-free capabilities. Ducking, diving and jumping is much more fun when you know you're not tethered to anything or close to breaking expensive equipment! 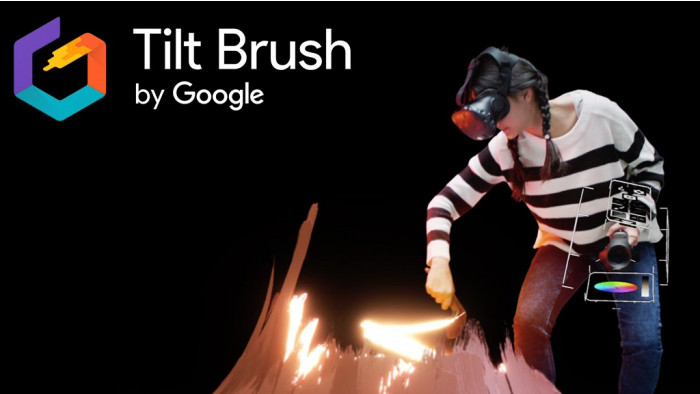 Tilt Brush is any creator's dream. You're given a blank space, and you can choose between a range of environments, including a plain colour or outer space, and once you're there you can paint, draw, build and create in 3D.

It's hard to explain just how much fun and freedom Tilt Brush brings you. You have your own virtual palette, which lets you choose from a huge range of things to 'paint' with, from a brush to electricity, a marker pen to fire. There are then an endless amount of colours to choose from to get you started.

What makes Tilt Brush so special is it's in 3D and the space you can create in is huge. So you could paint a 3D house, then you can zoom out and it'll be as tiny as a lego brick, or zoom in and it becomes as big as your actual house. The possibilities here are, quite literally, limitless and it's easy to see why plenty of people, from beginners through to artists, have been using it to create a huge range of designs, 3D paintings and concepts.

As with most of the games on this list, Tilt Brush and the Oculus Quest really are a match made in heaven. The Quest's highly accurate motion sensors make painting in 3D space feel seamless and realistic. And the wireless set-up means you're not constrained by anything – real or virtual – when you're creating within Tilt Brush. 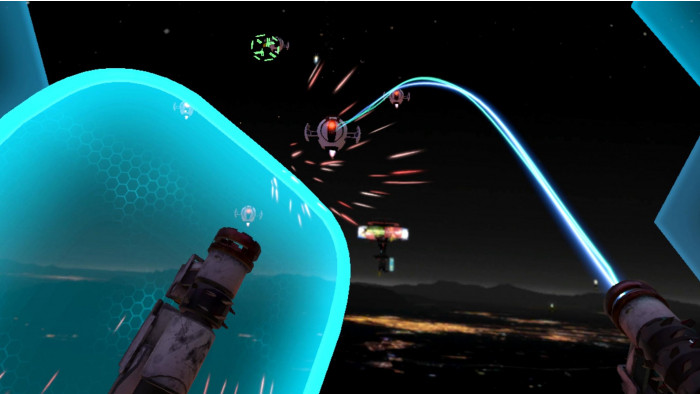 Space Pirate Trainer is another game that sounds fairly run-of-the-mill: you're shooting things in space. But in reality, it's a really fun game that combines fantastic guns, just like the ones Star-Lord uses in Guardians of the Galaxy, which a fast-paced shooting game complete with Matrix-style slow-mo 'bullet time'.

It's perfect if you want a high-energy shoot-em-up but don't like some of the more traditional settings. You really are a space pirate in this game and it gets more and more fun with every play. 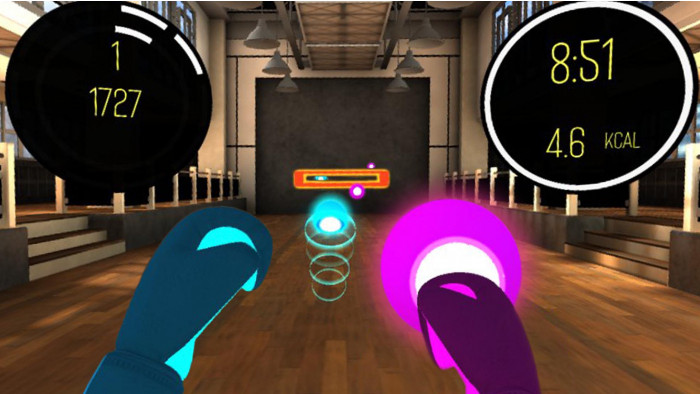 Beat Saber is a great game for inadvertently keeping fit, but Box VR was created specially for fitness. It's a virtual boxing lesson, complete with different punches, moves and blocks. You can choose which environments you train in, the type of session you want and how hard it is.

There's a handy calorie counter in the corner, because this game really is built to replace your workouts – just make sure to have a fan pointed at yourself as you duck, block and uppercut away, it can get very warm inside a VR headset! 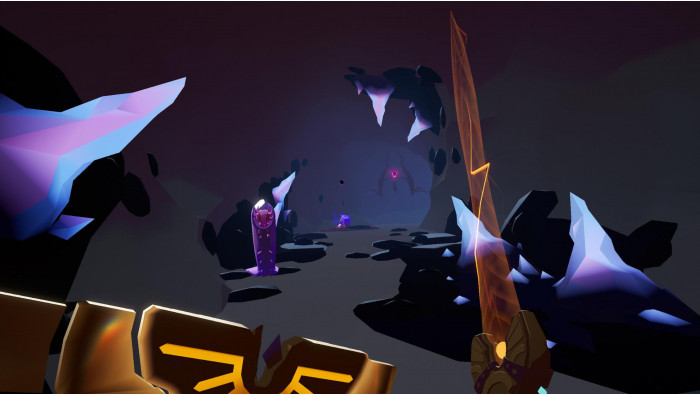 7. Journey of the Gods

And now for something completely different. A lot of the games on this list, and the games that work well with the Oculus Quest, are about movement, high energy and working up a sweat. But that doesn't mean it isn't a great VR headset for different genres and Journey of the Gods puts you front and centre of your own fantastical adventure – fans of Legend of Zelda will love it.

Get ready to battle dangerous beats armed with a shield and crossbow, solve puzzles and even change in size to become a God of the fantasy land you're exploring. If you're looking for a game with lots of detail and realism, this isn't it. But if you want stylised creatures and environments and escapism, then you'll love it. 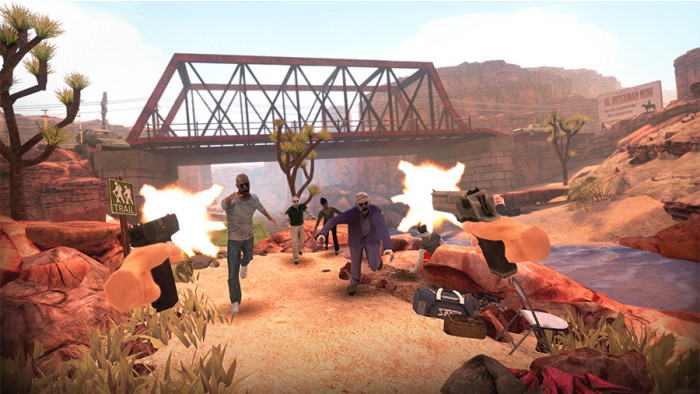 If you're in the mood for a zombie shoot-em-up, then Arizona Sunshine is the VR game for you. You've got more than 25 different guns and weapons to use against the living dead and a tense old time trying to battle them. Explore big, sprawling environments, like mines and towns. You can play solo but there is a multiplayer mode if you want to team up for the apocalypse. 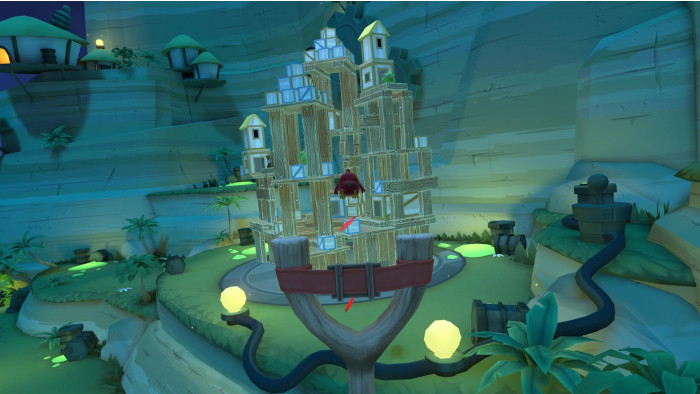 Virtual reality games are fantastic when they're high-energy and really immerse you in a new world, but simpler games we're already familiar with get a huge boost from VR and Angry Birds is a prime example of that.

It's the same concept as Angry Birds on your phone: catapult birds at pigs and buildings. But within VR it's more immersive because you can literally operate that catapult and move around buildings. It becomes much more of a strategy game this way rather than a time-waster. It's also a nice break from the energetic games in our list. 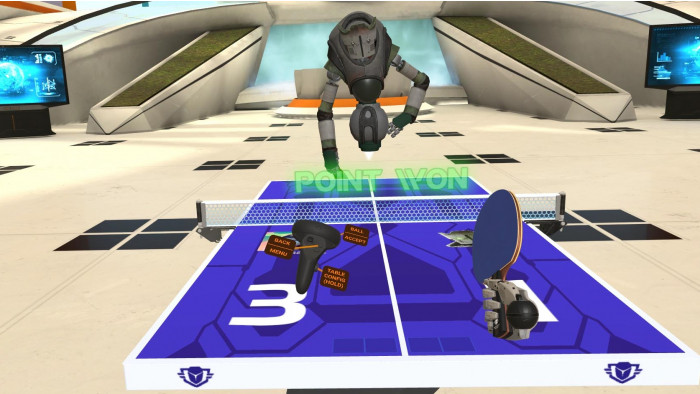 If you enjoy table tennis, you're going to love this sci-fi version of the classic game. You can choose from a number of scenes and, thanks to advanced AI within this game, all the opponents you play will be different – with varying tempers and styles of play.

The Quest's advanced motion-tracking make it as realistic as regular table tennis gameplay. But this way you don't have to worry about losing your ping-pong ball every few minutes.

What's also very cool about this game is it has a multi-player mode, so you can play real life challengers too. 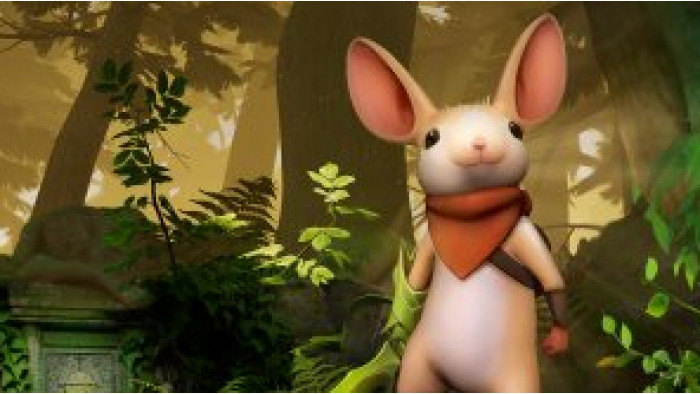 Moss is an adventure game for the Oculus Quest, which combines mystical energies, woodland adventures and puzzles to bring you hours of fun world exploration. But just because it takes place in a magic wood and you're accompanied by a mouse, it doesn't mean there isn't a lot of opportunity for combat – there are a lot of puzzles to solve, but there are plenty of enemies to beat too.