ShortList is supported by you, our amazing readers. When you click through the links on our site and make a purchase we may earn a commission. Learn more
Home > Laptops

Which Apple laptop will take the best MacBook title?

Apple’s MacBooks are some of the most desirable laptops in the world so it's understandable you are looking to buy the best MacBook for you.

This is down to a combination of Apple’s solid hardware, ever-dependable macOS, and peerless retail and repair experience. The sheer cachet that comes with the Apple brand doesn’t hurt either.

Whether you're simply looking to upgrade your old device or you're venturing into the world of Apple for the very first time, the possible hardware and feature options available make it a viable option for nearly every price bracket.

UPDATED: If you're someone who loves nothing more than tracking down a bargain, we've got some great Apple deal news for you. Apple are currently offering their first wave of refurbished M1 Apple MacBook Pro 13 models for as little as £1,099 from the Apple's official online store. First released in November 2020, the refurbished M1 model comes complete with Apple's limited one-year warranty and means that MacBook fans can save as much as £200 off the model's regular price. Sounds pretty enticing, doesn't it?

In other Mac-related news, excitement is building around the big Apple release of 2021. With everything from a new Mac Pro Mini to an iMac in multiple colourways rumoured to form part of this summer's launch event according to recent leaks, we're excited to see what innovative plans Apple has up its sleeve.

It can be a little tricky navigating the modern MacBook range, however. Apple currently offers six distinct models, and it has just injected some of those with fresh CPU options.

We thought now would be a good time to run through the entire line and identify the best MacBooks for your particular requirements. Note that while we’ve highlighted each of the basic MacBook models, there are additional internal specification options to consider for each. 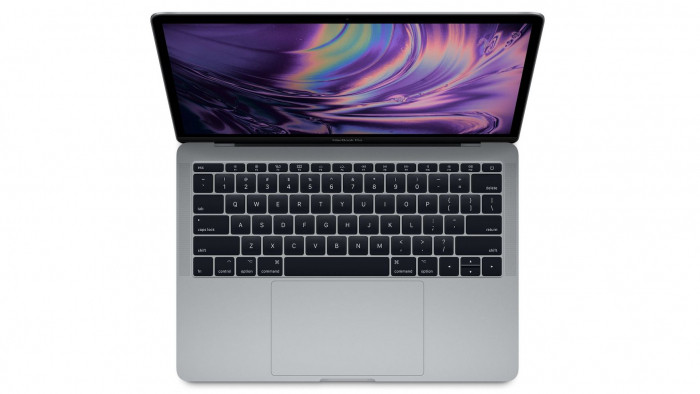 If you don’t find Apple’s Touch Bar feature particularly useful or appealing, and you don’t need cutting edge performance, then you can save a lot of money by going for the plain MacBook Pro model.

It has a 13-inch display, 7th generation Intel Core processors with integrated graphics, and just the two Thunderbolt 3 ports versus the Touch Bar model’s four. The clincher is that this entry-level Pro will save you £500 compared to the equivalent MacBook Pro 13-inch with Touch Bar. 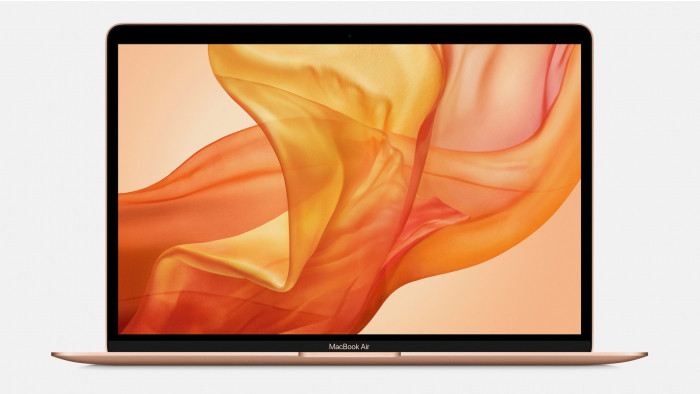 The MacBook Air range is legendary, but it remained largely unchanged for a full decade before this fresh model showed up in 2018. It’s an impressively complete laptop, with a super-sharp 13-inch Retina display, punchy sound, exemplary battery life, an 8th-generation Intel Core processor and a neat wedge-shaped form factor.

It’s one of the cheapest MacBooks now that's still available - but if you want to be completely current, then look at the 2020 version. 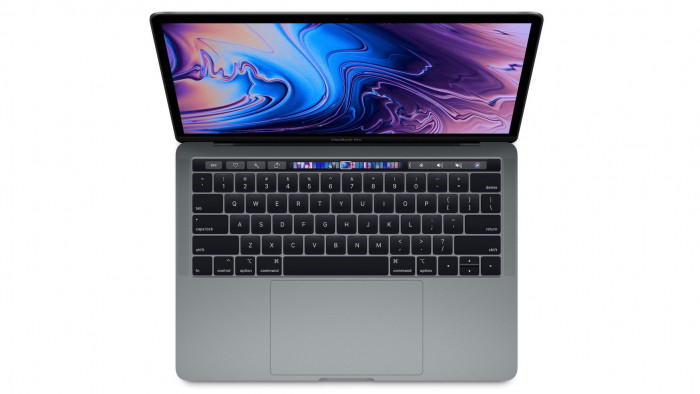 The 13-inch model of Apple’s flagship MacBook Pro might come in a more compact form than its big brother, but it still packs in the features. They includes the company’s innovative Touch Bar, which replaces the function keys along the top of the machine with something much more versatile.

Touch ID is also part of the package, granting you quick access and authentication with a touch of the finger. Elsewhere you get integrated Intel Iris graphics and 8th generation Intel Core processors as standard. 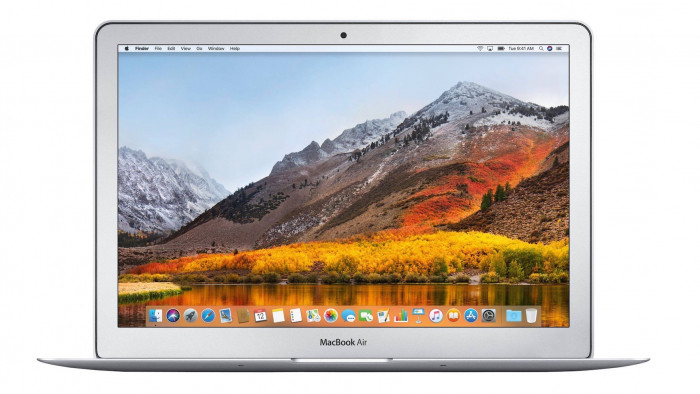 Apple stopped selling this older version of the MacBook Air, when the last Airs came out - it was the last to subscribe to the original design blueprint. It looks a little dated now, and its 13-inch screen doesn’t pack in the pixels like the newer Retina display models.

It also uses an older 5th generation Intel Core processor, which is far from cutting edge. But in its defence, the MacBook Air (2017) is a tried and tested machine with stellar battery life, and it was the only MacBook with an RRP that dips below the £1,000 mark... until the 2020 version came along. 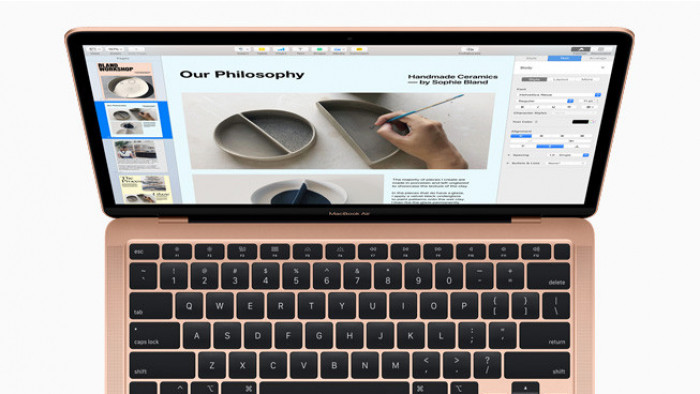 The new 13-inch MacBook Air is the one you have been looking for as it delivers up to two times faster CPU performance and up to 80 percent faster graphics performance than previous models (there's an i5 and i7 version available).

The storage now starts at 256GB - double what the previous model offered - and the icing on the cake is the new Magic Keyboard that is currently found on the bigger MacBook Pro. Compared to the keyboard before, this is a beauty to use. It's available now from £999. 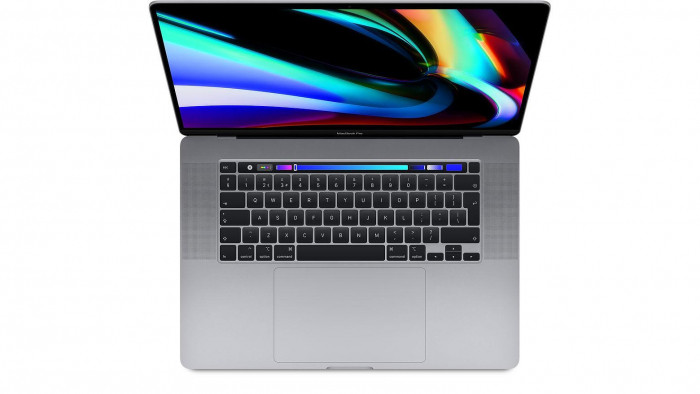 The new MacBook Pro 15 inch is a beast of a machine. It comes with an Intel i9 processor, 1TB Storage and 16GB memory. It has the Touchbar and Magic Keyboard, while the 16-inch Retina display comes with True Tone. This is a machine for the professionals as it's packed with grunt and has a price to match.

There is a smaller 13 inch version which has an Intel i7 processor, 512GB SSD storage and 16GB of memory. This comes in at the lower price of £2,399 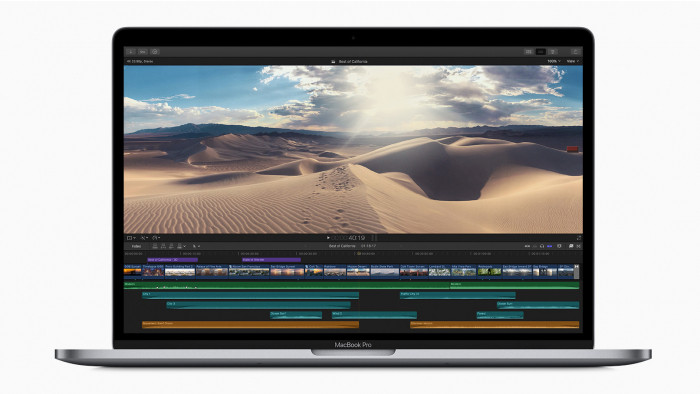 The current top dog in the MacBook line-up is the MacBook Pro 15-inch with Touch Bar. It now features super-fast 9th generation Intel Core processors with up to 8 cores, as well as discrete Radeon Pro GPUs, speedy SSDs and that titular Touch Bar.

The latter is the big distinguishing feature here. It offers a contextual touch-operated command bar right above the keyboard. Apple has also brought its Touch ID system across from its iOS devices, while a new T2 chip makes the laptop much more secure. 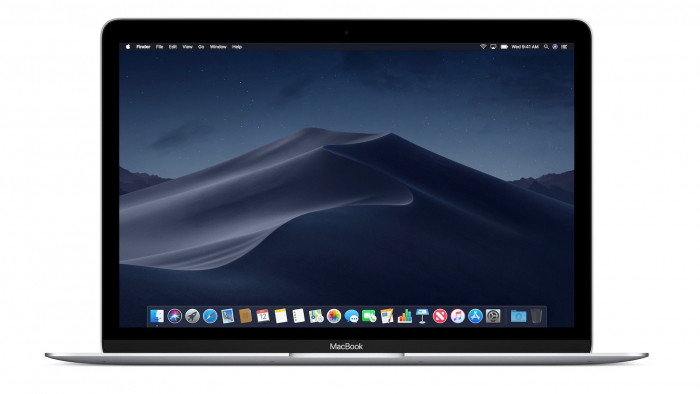 If extreme portability is your priority, the plainly named MacBook could be for you. Its 12-inch screen might be the smallest in the range, but it still reaches Retina levels of sharpness.

Meanwhile it weighs less than a kilogram and will slide into a small bag. When it comes to performance, a 7th-generation Intel Core m3 processor won’t help much with advanced tasks. But it’s perfectly competent at lighter fare like web browsing and word processing, and it’ll last a full work day without running out of juice.

Ready to ditch Apple? These are the best MacBook alternatives to buy.
Laptops

The best gaming laptop 2020: the best laptops for PC gaming

Triple-A games on-the-go, anyone? Then you need the best gaming laptop around.