ShortList is supported by you, our amazing readers. When you click through the links on our site and make a purchase we may earn a commission. Learn more
Home > Laptops

Ready to ditch Apple? These are the best MacBook alternatives to buy.

Everyone wants a MacBook, right? We wouldn’t say no to one but then you look at the price. And realise their keyboards are thinner and crispier than an After Eight mint (well, the older models are). Oh, and you’ll probably have to carry around a big adapter if you dare to use your old mouse.

Suddenly Apple MacBooks don’t look quite so rosy and the best MacBook alternatives is now what you are really after.

UPDATE: We have spent time with the Huawei Matebook 14 2020 and it is a stunning laptop, more than worthy of being in our best MacBook alternatives guide.

Let’s level with you: we still love MacBooks. But Windows alternatives are often a better buy, particularly if you want a chunky-feel keyboard or are out to spend less money.

Here we've tested and selected some of the finest MacBook alternatives around, ones that match the MacBook for price and specs, albeit with a Windows spin to things.

Here are today’s top options. Upvote the one you’d buy if we put a grand in your pocket. 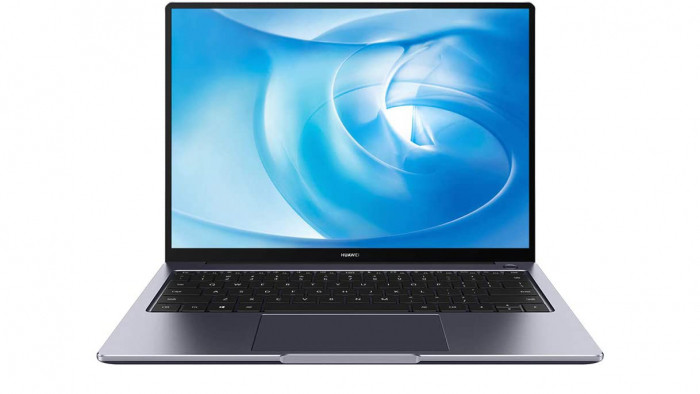 Without a doubt one of the best laptops on this list, the Huawei MateBook 14 2020 has it all - from its immersive 3:2 display to its fantastic CPU performance, you won't want for a more power or better battery from the thing. Looks-wise it's a delight, too. The aluminium alloy chassis is super sleek and we love the slightly boxier display. It does take a little getting used to, if you have been working solely on a 16:9 display but it's certainly an improvement. If you have an Huawei phone, then the Huawei Share tag functionality works well. Having an HDMI slot is welcomed. Security wise, the fingerprint scanner is a great addition and we had no qualms with the all-day battery in our tests. The Huawei MateBook 14 2020 is a brilliant laptop all round. 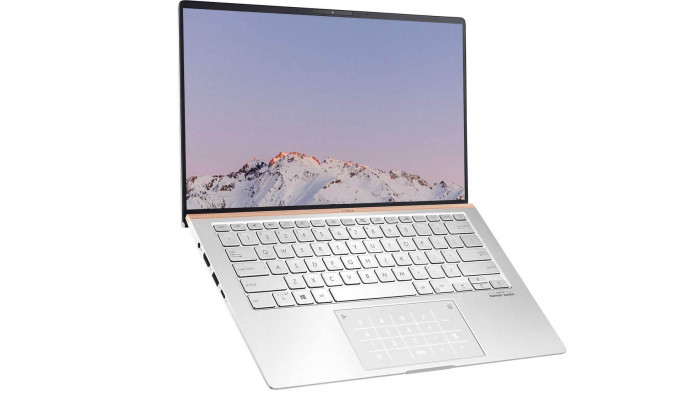 Asus has tried to one-up the Touch Bar of the priciest MacBook Pro, by building a touchscreen display into the trackpad. You haven’t seen this before, right? It’s an odd one.

You can use it as a calculator, as a shortcut pad for apps like Word. And even treat it like a second screen. It’s unusual, but the ZenBook 14 works well as a normal laptop too. There’s a slim version and a chunkier “Pro” model with a pretty nifty graphics card, which can handle some surprisingly challenging games. 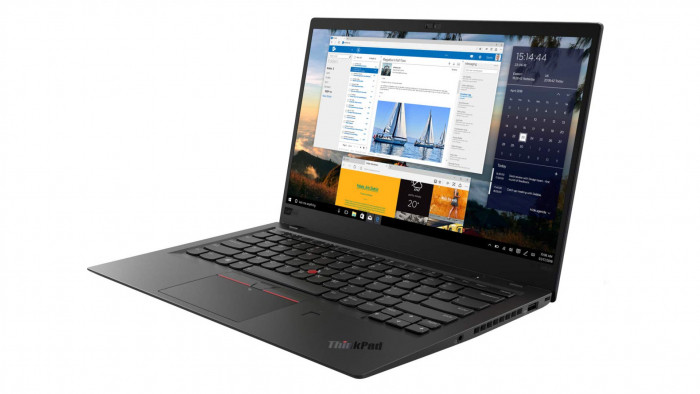 This is the most serious MacBook alternative in the world. Just look at it. The ThinkPad X1 Carbon even has a mouse "nipple", which can seem like it belongs in the last century. Don’t mistake this for a relic, though. It has the best keyboard you’ll find in a MacBook alternative, with the chunky key feel Apple rejected in favour of slim-line keys. Want to write a novel? This is your pick. 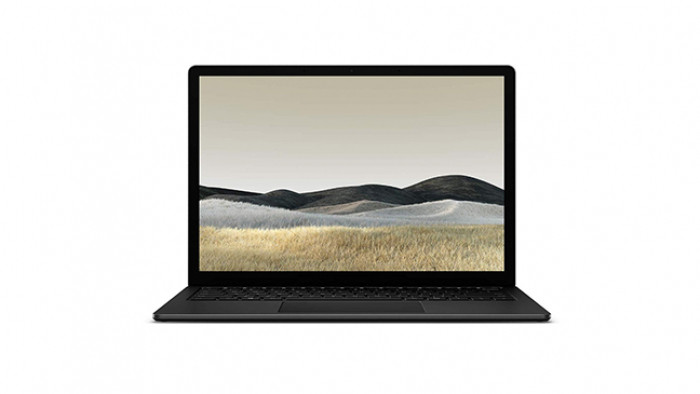 If you're looking for a MacBook alternative because you have a tight budget, this isn't the laptop for you – it's around the same price as Apple products. But if you're hunting for a new laptop that doesn't have an apple stamped on it for other reasons, then it's worth spending some time with the new Microsoft Surface 3 laptop.

The latest in Microsoft's Surface range, the laptop has a slim and stylish look and it's available in 13.5” and new 15” touchscreens. It has improved speed and performance (thanks to a Intel’s latest 10th-generation Core i5 or Core i7 processors), as well as better battery life over previous Surface laptops. 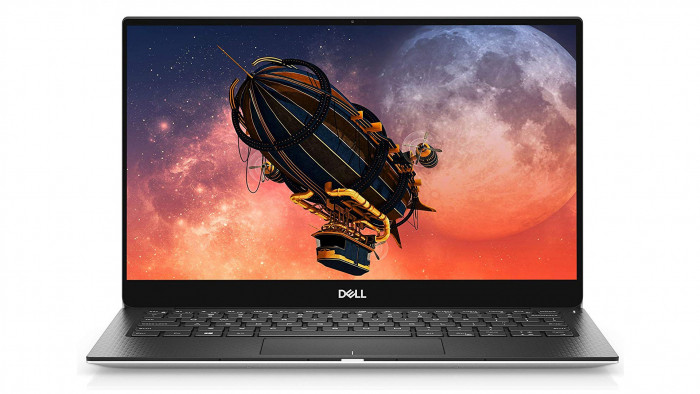 This is the MacBook Pro’s key long-standing rival. The Dell XPS 13 is a style laptop with an executive strut. Build quality is excellent, and you have a wide choice of specs, starting at £900 if you don’t need oodles of power and storage. This is not the cheapest MacBook alternative, but it offers award-winning quality all-round. 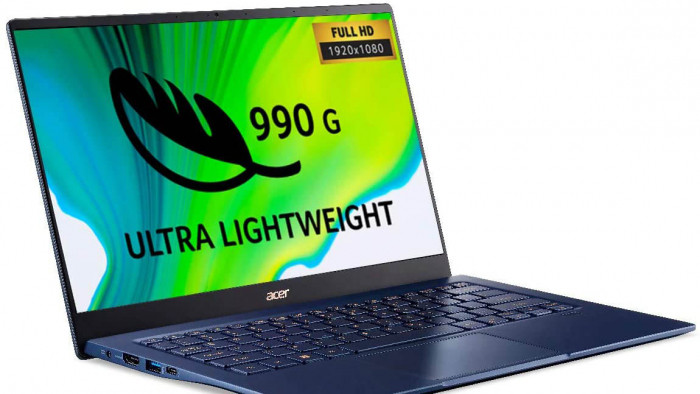 The Acer Swift 5 is one of the lightest 14-inch laptops in the world, at 970g. You won’t get shoulder ache if you carry this laptop around. It is also one of the most affordable MacBook alternatives, starting at £649. Far less than any MacBook. Its screen isn’t as impressive and thanks to the lower weight the laptop isn’t quite as rigid. Still, the Swift 5 is impressive. 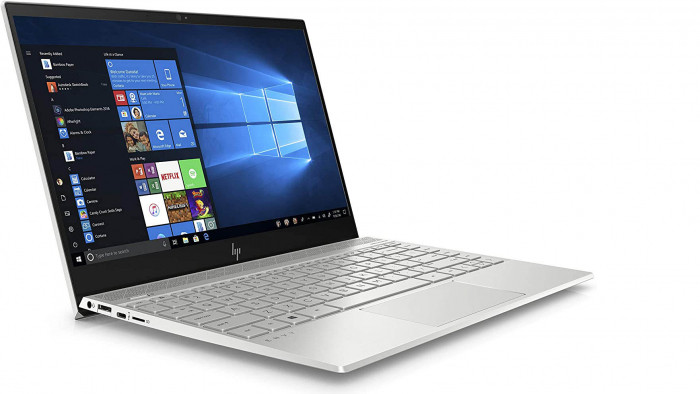 If you want to stick to practical, good value choices, the HP Envy 13 is hard to beat. This is a MacBook Pro equivalent, but is half the price of Apple models that have the latest Intel processors. They are ready for fun too, with a built-in graphics card (in some version) that can handle some older console-style games, newer casual ones. And, yes, Fortnite. 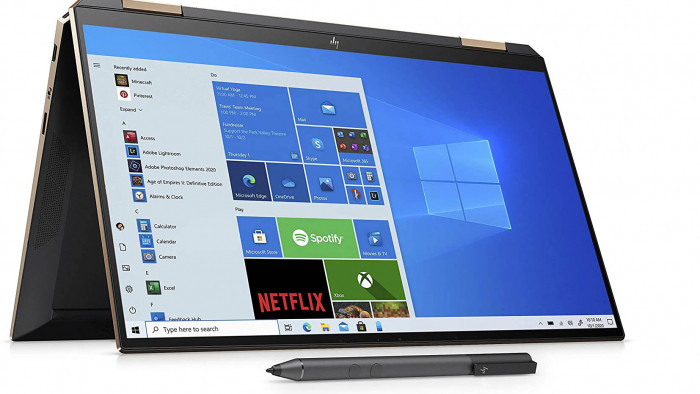 This is one of the best hybrid laptops. The Spectre X360 has a touchscreen that flips all the way around so you can use it with the screen sat right on your kitchentop. And it comes with a stylus for doodling or, for the ambitious, designing your house extension. It looks a little more unusual than a MacBook too, with a black and gold dual tone finish.

Which Apple laptop will take the best MacBook title?
Laptops

The best gaming laptop 2020: the best laptops for PC gaming

Triple-A games on-the-go, anyone? Then you need the best gaming laptop around.