There's now been 23 episodes of Black Mirror - and ranking them all would just be overkill, really. So we have chosen our best Black Mirror episodes and now it is up to you to put them in some sort of order.

For the record, The Entire History Of You will always hold a special place in our heart. Interestingly, it’s one of the few not written by the brilliant creator of the show Charlie Brooker, but Peep Show’s Jesse Armstrong. But don’t let that sway you, as the following 10 episodes are all masterpieces in their own right.

UPDATE: It looks like we are finally going to get a Black Mirror Season 6. After 5 series and two specials it was looking like we may never see another Black Mirror, thanks to a number issues with the rights to the show, after creators Charlie Brooker and Annabelle Jones departed their production company for a Netflix-backed company. Now, reports are suggesting that this has all been sorted and scripts are currently being written for a new season. Let's hope one or two of the new episodes end up in our best Black Mirror episodes guide.

All the Black Mirror seasons are on Netflix, too, and it is already part of our best Netflix TV shows list. 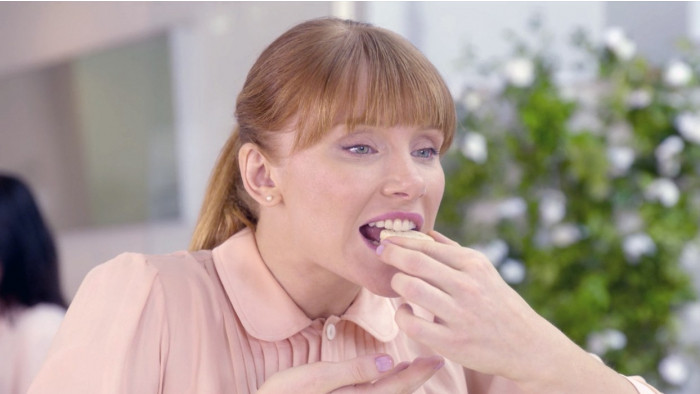 Hollywood heavyweight Joe Wright directed this brilliant Black Mirror episode, while Rashida Jones wrote the teleplay. Bryce Dallas Howard stars in a world where everyone is ranked and rated, much like an Uber driver, according to their social media profile. It's a stinging slice of satire that's only a few degrees away from the lives we lead now. Oh, don't forget to rank your favourite Black Mirror episode, people. 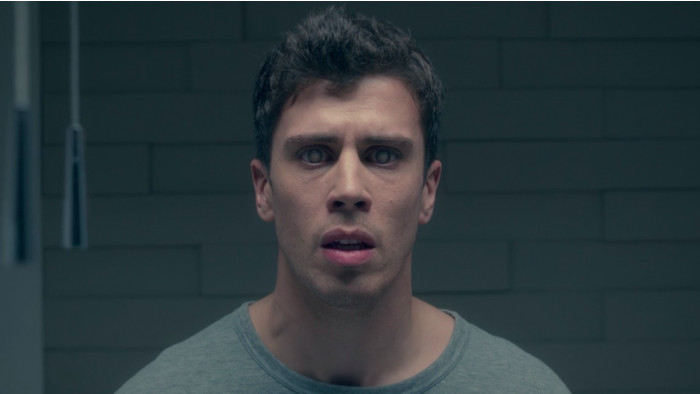 2. The Entire History Of You

Anyone upset about the surveillance state will get the fear about the premise of The Entire History of You. It's based in the near future, where everyone can rewind and rewatch their memories. Starring Jodie Whitaker and Toby Kebbell as lovers on the brink, seeing them both glaze over while having sex, thinking of happier times, and reliving infedelities is devastating to watch. 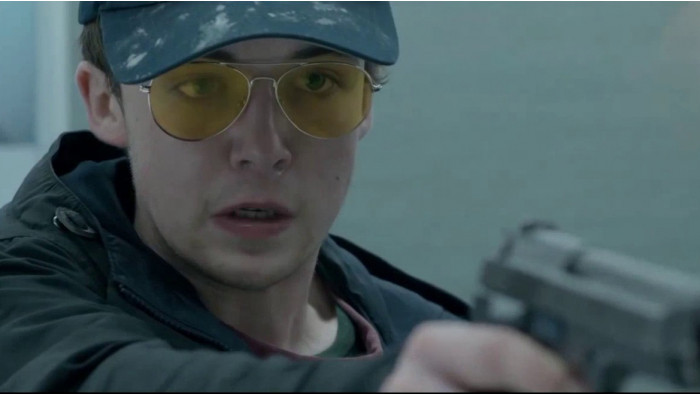 3. Shut Up and Dance

Shut Up And Dance is one of those episodes of Black Mirror that's a little bit too close to home, as it's set in the present day and is the sort of thing that could happen to any of us. A hacker blackmails Kenny (Alex Lawther), who is recorded pleasuring himself in from of his laptop. Throughout the episode he's subjected to doing strange things to stop the video going to all of his contacts. Again, the twist at the end turns the whole thing on its head - but, as we know by now, that's forever the Black Mirror way. 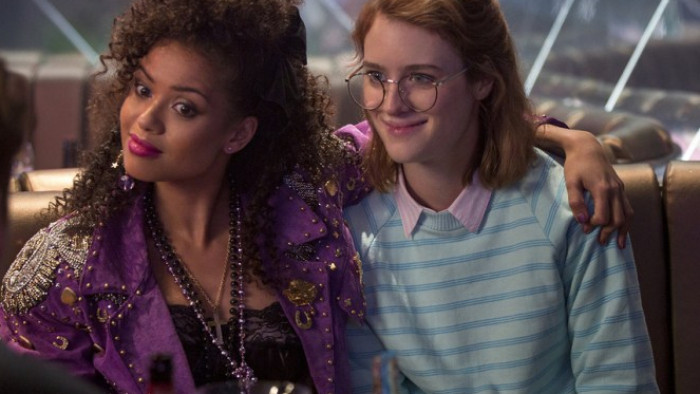 It's rare that a Black Mirror will, for the most part, leaving you feel uplifted but that's exactly what happens with the Emmy-winning San Junipero. Perfectly set in the 80s (a decade mined to lesser effect in Bandersnatch), this tale of lesbian lovers spans space and time and is beautiful to watch. This is sci-fi packed with heart (we could watch that dance scene over and over) and has an ending that will get the tears flowing. 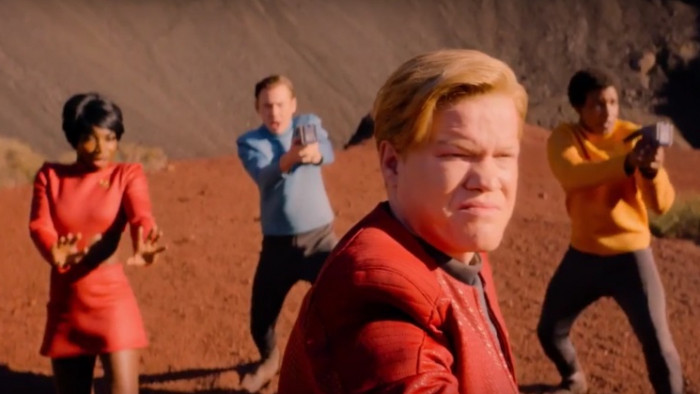 Yes, it's a thinly veiled Star Trek pastiche but one that's brought kicking and screaming into the Noughties, thanks to its take on extreme fanboying and toxic online behaviour. The twist is actually impressive and rises the episode way above its Shatner-parodying roots. 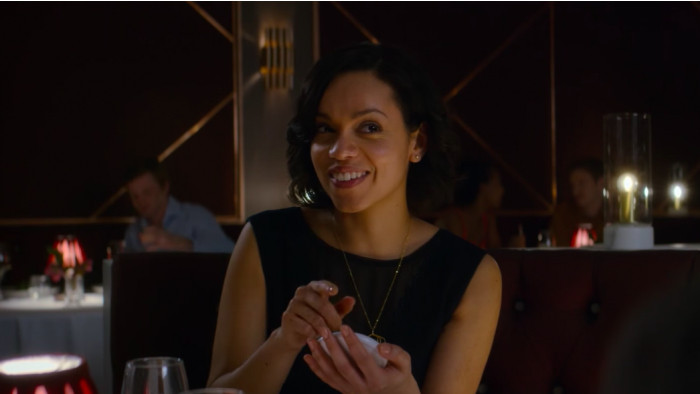 An episode that's in a similar vein to San Junipero, its premise revolves around a dating programme where you know exactly how long the relationship lasts for, and you are locked in it for that time. Directed by the ever-brilliant Tim Van Patten, the episode feels special, thanks to the chemistry between Amy (Georgina Campbell ) and Frank (Joe Cole). 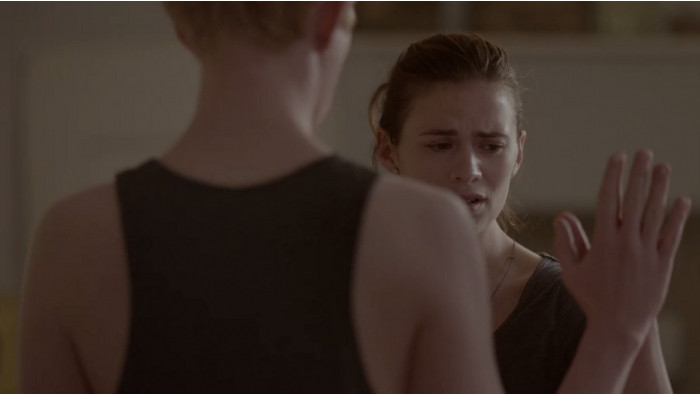 This is another massive tearjerker. It tells the tale of Martha (Hayley Atwell) and Ash (Domhnall Gleeson). When Ash doesn't come home one day from his delivery job, Martha, distraught, decides to 'stay in touch' with him through a virtual version. Asking questions about life, death, loss and everything in between, the is one of the most powerful Black Mirrors ever made. 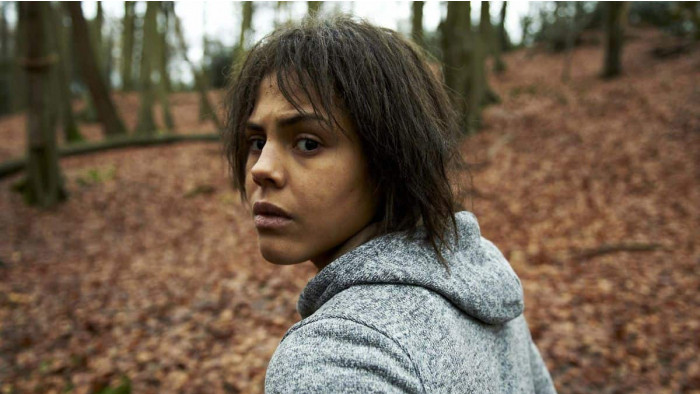 This is a gut punch of an episode. White Bear has similarities to The Purge, in that it focuses on vigilantes hell bent on hurting people. But this time it's because of a transmitter called White Bear. Victoria (Lenora Crichlow) is being hunted, but she has no idea why - and neither does the viewer until the end, when one heck of a twist turns the whole thing on its head. 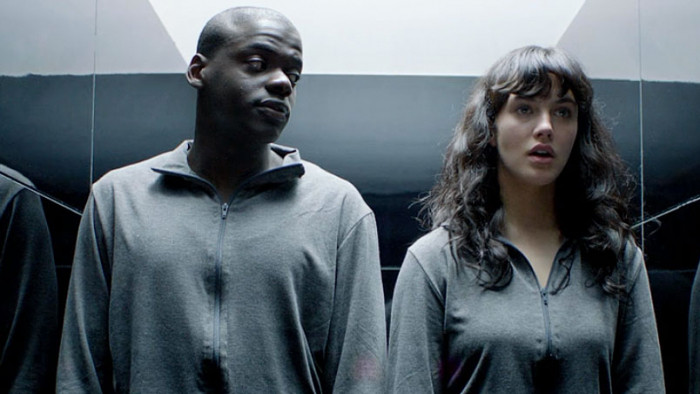 We all think that reality TV shows have gotten much worse when it comes to embarrassing their participant but it's nothing compared to 15 Million Merits. After losing at a singing competition, in a dystopia world where you have to gain merits to have a better life. she is pushed into the lurid world of pornography. 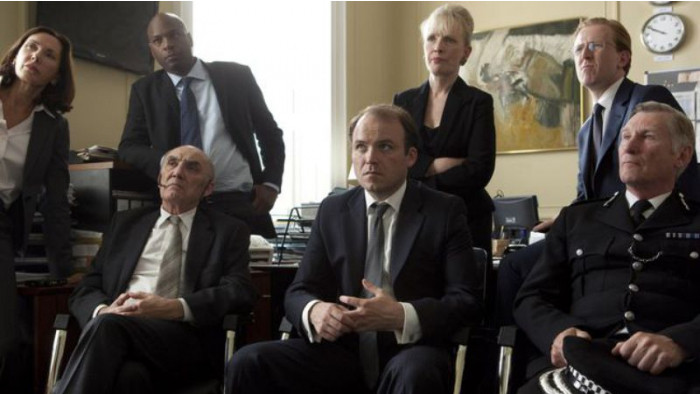 The UK prime minister is blackmailed and told he must do the most humiliating thing possible to save the life of Princess Susannah. That thing is having sex with a pig. While it is utterly inconceivable that any prime minister would have a sexual encounter with some swine, this is still one of the best Black Mirror's around - given it was the very first, that's pretty impressive.