The days of chocolate advent calendars as your only option are long gone. You can now get 24 of almost anything to help you count down to the big day - as our best beer advent calendar guide proves.

With beer advent calendars, we’re not talking about a few basic lagers you'll find in the local convenience shop. Far from it. Many of the drinks inside are specially brewed for the calendar.

There's a lot to choose from too, unlike picking your favourite chocolate brand. Some offer a range of different styles, others are suited to those who like strong beer, and some come from breweries themselves.

We won’t spoil any of the beer line-ups here, but you can click the links to lists, where available, if you’d rather be sure what you’re buying. Otherwise you’ll be able to get an idea from this article and leave them a surprise.

A large crate of beer is 24 bottles or cans so it’s perfect for an advent calendar. They often sell out a long time before December so grab one while you can. This shortlist gives you a head start on the best options. You can be safe in the knowledge as well that these have all been taste tested by the experts at ShortList.

Are you a beer fanatic? Vote on our shortlists of the best craft beer, best gluten-free beer and best alcohol-free beer to have your say on the top brews.

We also have a beer of the week each and every single week. 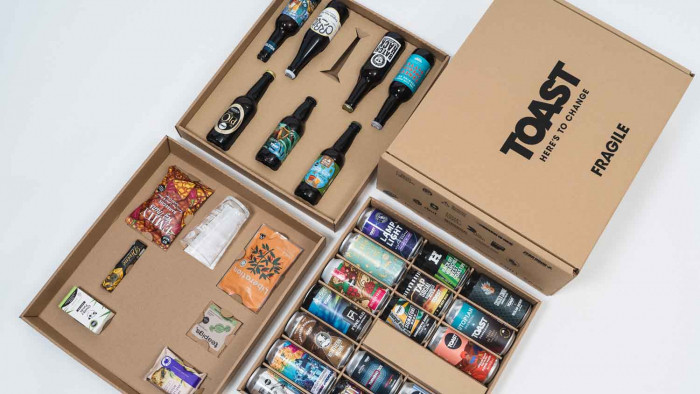 Ok, it’s not technically an advent calendar but the Companion Series from Toast will make a great one if you wrap the beers and give them random numbers. It’s great value with no less than 26 beers, a glass and a range of snacks to boot.

True to Toast’s mantra, all have been made with surplus bread and feature breweries such as Fyne Ales, Five Points, Bedlam Brewery, Guinness and Better World Brewery. You’ll also be doing good as £26 from each box will go to Rainforest Trust UK and Soil Heroes to protect trees and improve the soil on farms to capture CO2. 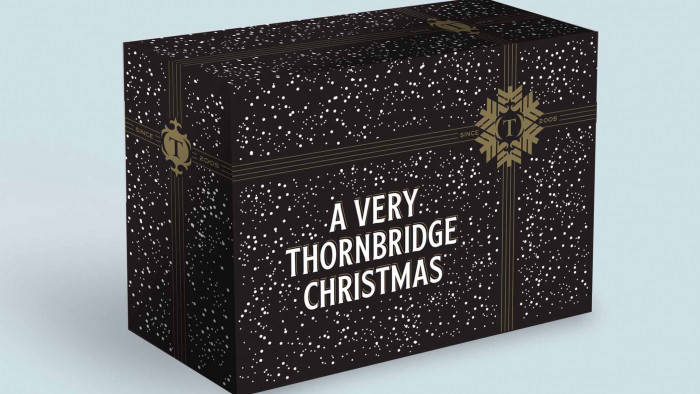 The makers of the iconic IPA, Jaipur, have launched their first advent calendar this year and it looks like a goodun. It’s one of the more affordable options for all beer and nine of them will be larger 440ml cans.

All 24 beers will be different so no repeats and you can expect all kinds of styles. Thornbridge has even thrown in vouchers and Christmas socks as a bonus. 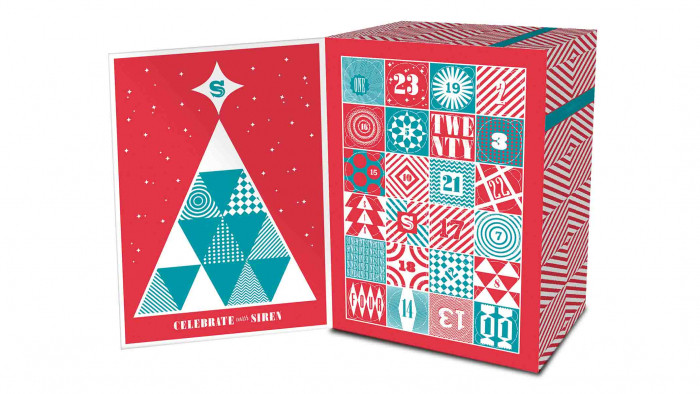 This year the ever-dependable Siren has two different advent calendars to choose from with the cheaper option including 15 beers and 9 snacks on offer. Or you can just go for all beer with 14 of the selection being larger 440ml cans.

Either way, you’ll get beers ranging from 4.2% to 10.3% in a variety of styles including exclusive beers, festive favourites and daily surprises. 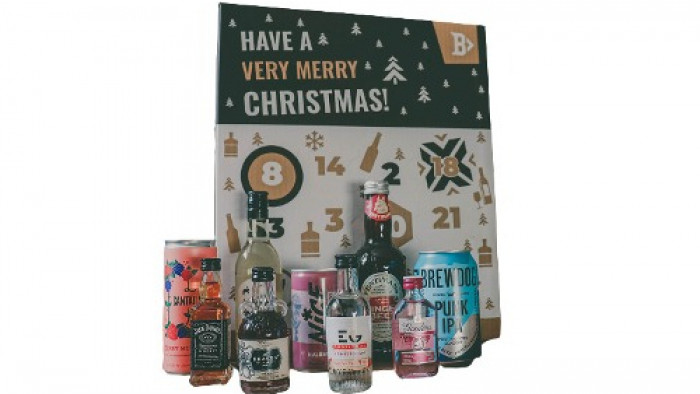 Beerhunter have gone big on Christmas this year with a range of gifts and advent calendars avalable. Top of our list is their Limited Edition Boozy Advent Calendar. It's a mixed bag, and we mean that in a good way, because it contains 24 hand-picked beers, wines, spirits and cocktails from around the world, so you can enjoy a different drink to yourself each day, or share if you're feeling generous.

We particularly like the fact that they've included mixers to go with the included spirits. Right now it's 10% off. 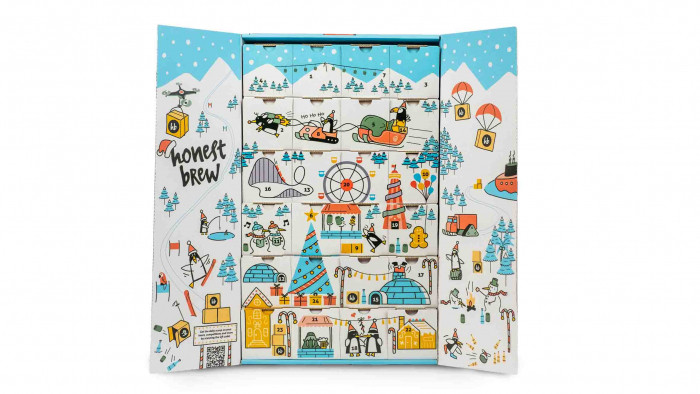 HonestBrew’s calendars have been a staple over the years and that’s no different this winter, although there is no Ultimate edition this time around.

The regular calendar is great value and includes not only HonestBrew collabs, but six beers you won’t find in any rivals. Breweries involved - all of which are independent - include Verdant, Round Corner and Browar Stu Mostów.

The interactive design provides chances to win prizes and to info on the beers behind each door. 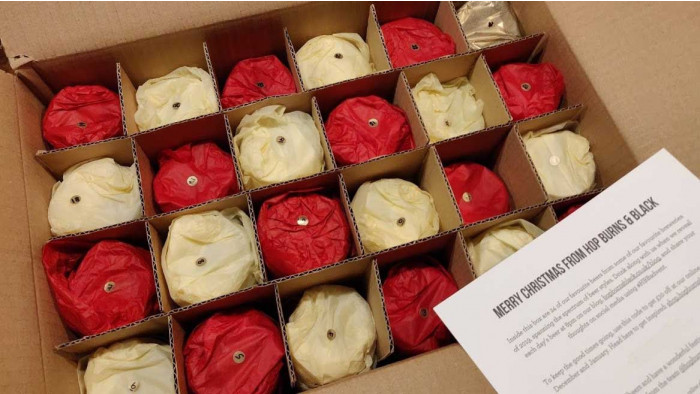 Back for its 7th edition, Hop Burns & Black claims to have the longest running beer advent calendar in the UK. It’s one of the more expensive on the market but craft purists will be getting a hand-picked selection of top-toch special brews from the likes of Deya, Beak, Boxcar, Pressure Drop and Neon Raptor.

It will all be wrapped up by hand and also includes a £10 voucher to use in January, perfect for when you need a top-up but the bank balance isn’t looking so great after the festive period. 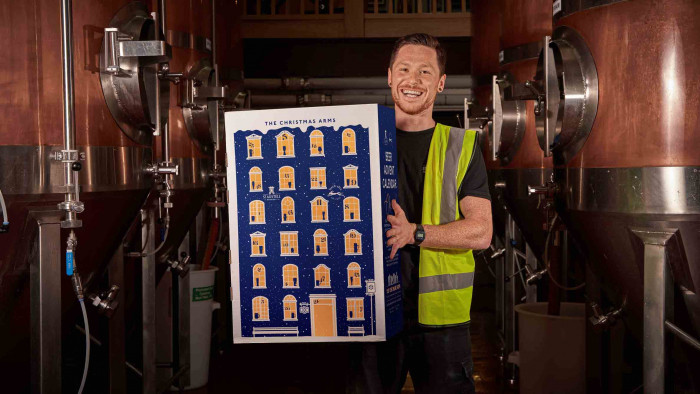 If you’re more of an ale drinker then this advent calendar from two of Britain’s finest will do the trick nicely. You’ll get 24 beers to pull out of individual windows from the particularly classy box.

It’s a mix of 330- and 500ml bottles including classics from each brewery - Tribute, Proper Job and Gem - with a mix of Small Batch Brews that are more unusual in terms of style and abv. While this may include the rare Tribute XXTRA, you’ll definitely get a selection of Belgian style ales, too. 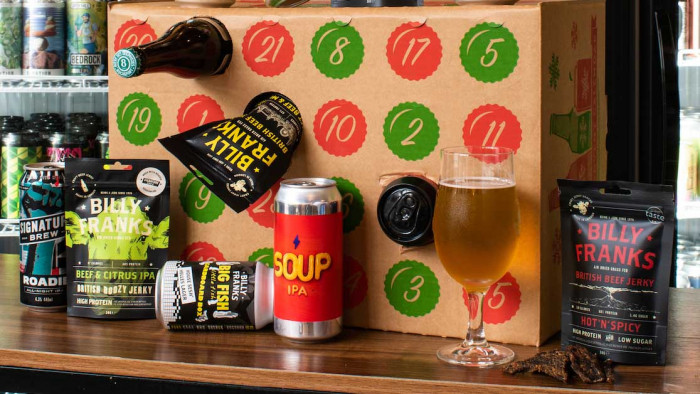 Don’t just want beer for advent? Then the Bill Franks calendar is a great choice, coming with 12 beers and 12 bags of award-winning craft jerky including beef and citrus IPA, but one will be an exclusive mystery flavour.

The photo is just for illustration so as not to be a spoiler but Billy Franks promises bevs from 12 different UK breweries in a range of styles. The total value is over £120. 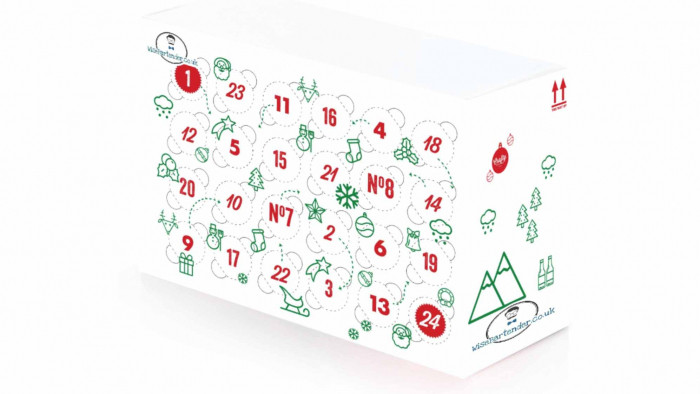 Beer advent calendars don’t have to mean drinking alcohol and Wise Bartender has a great option for anyone off the sauce this Christmas. You get 24 beers, maximum 0.5%, in a range of styles including IPA, lagers, stouts and wheat beers.

The interactive element comes in the form of social media activity including photos, videos and tasting sessions. And if you’re quick, the first 250 are priced at just £39.99. 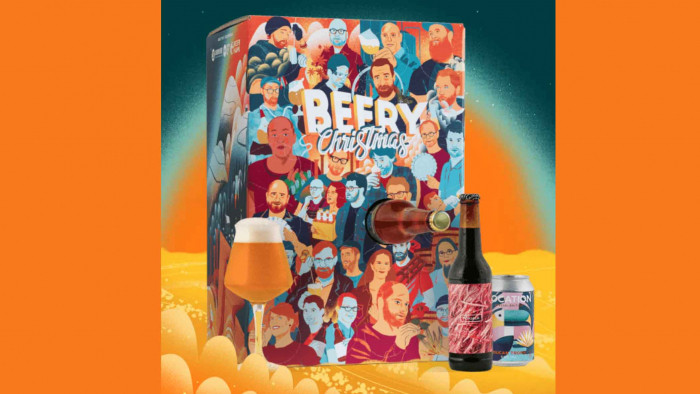 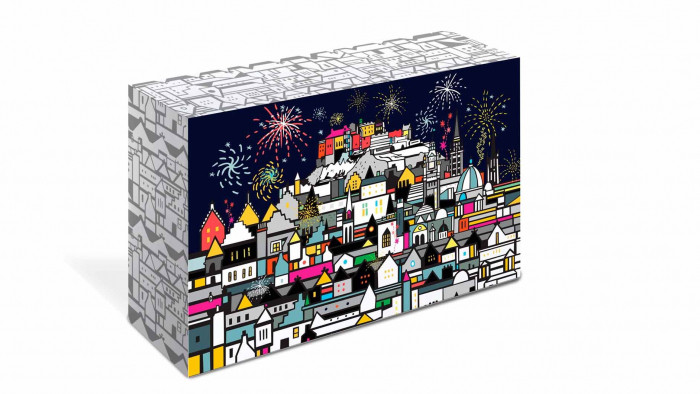 This is an ongoing project, essentially a subscription box, but there’s a special advent calendar option which includes a stunning illustration of the Edinburgh skyline.

A collaboration between various breweries, it immediately pays the breweries involved a fair price and £1 from each box will go to "Cash-for-Kids" who work with disadvantaged children in Lothians and Fife.

The box features eight Edinburgh-based breweries including Pilot, Campervan, Bellfield and Crossboarders. There’s a range of styles, but if you prefer there’s a lager-only version. 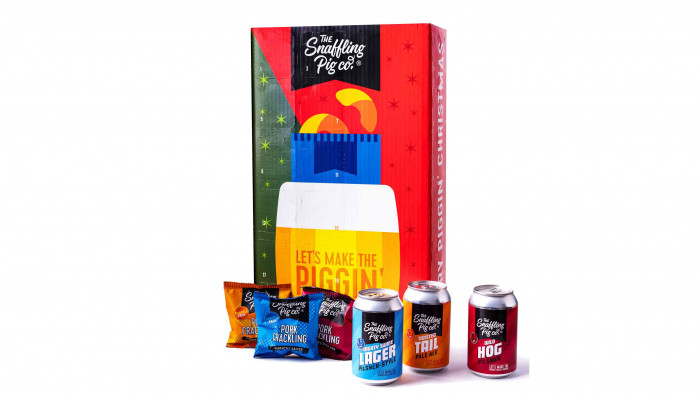 Pork crackling and beer has been a classic food and drink pairing forever and this is exactly what the Snaffling Pig advent calendar has to offer. Although, you will have to open two windows to have them together. 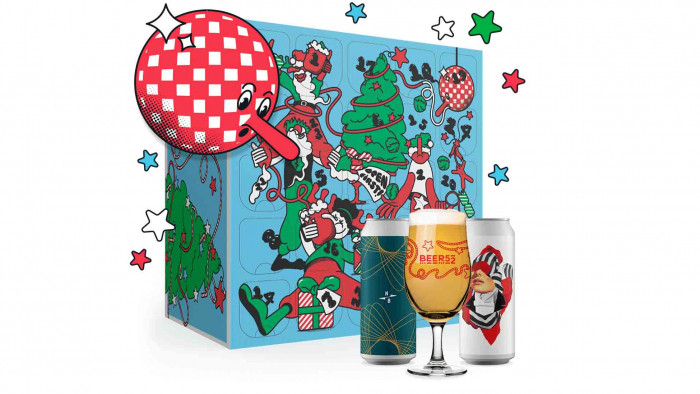 Another affordable option comes from subscription service Beer 52, although you don’t have to sign up to anything to get this advent calendar.

The price includes free delivery and you’ll get 24 beers, from the likes of Browar Stu Mostów, North Brewing Co, Lervig, Fierce Beer, To Øl and Peninsula and a limited edition tasting glass.

With every advent calendar, you also get a scratch card where you can win free cases of beer, a year of beer subscription and more.

Beer of the week: ​Track Brewing Co - If I Had A Soul