Before it fought hard to win the rights to film The Hunger Games books, Lionsgate was a relatively small film studio, whose primary profits came from Saw sequels. But it saw huge promise in using the books to create one of the best YA film adaptations.

In the light of Twilight’s box office success, Lionsgate pretty much gambled the house of making The Hunger Games – pulling budgets from other projects to finance it – and handsomely won its bet.

UPDATE:We did have our finger's crossed that Artemis Fowl would be coming out in 2019 but Disney has delayed the launch and now we won't see it until May 2020. Given it is one of the most popular young adult books of all time, we're hoping it will eventually land on our best YA film adaptations list - but given the delay we aren't holding out much hope with this one.

But it wasn’t alone. Hollywood studios were soon snapping up the rights to young adult novels, in the hope of landing the next big blockbuster success. And you know what? Some of them turned out really rather well too.

Here then is a viewing guide to get you started: ten YA adaptations that successfully bridged the gap from page to screen…

Remember to upvote or downvote to have your say. And here are the best Young Adult books. 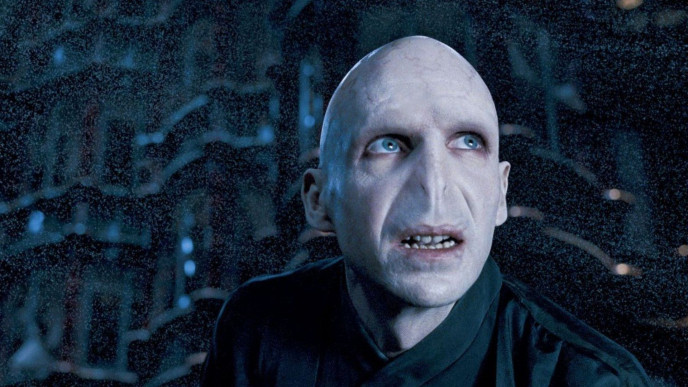 If the Fantastic Beasts films haven’t (yet) captured the magic in a bottle of the eight Harry Potter movies, it’s in part because of the high bar they’d been set. It’s easy to forget just what a struggle to get going the first Potter film was, battling the search for a director (Spielberg turned it down, Terry Gilliam was J K Rowling’s choice, but not the studio’s), and a schedule that meant special effects had to be done in a degree of haste. All worked out in the end though, right? 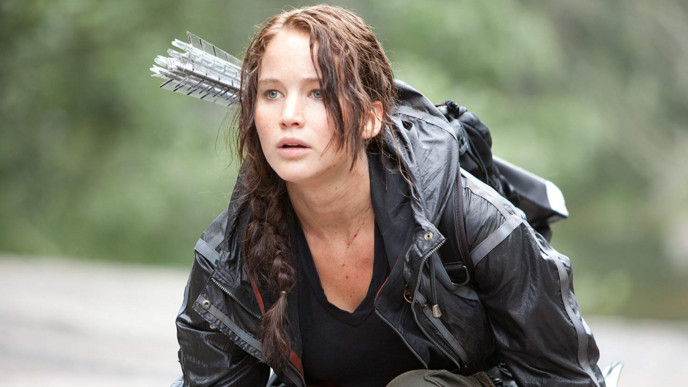 Three books that turned into four films. Four films that made Jennifer Lawrence into a movie star, and also gave a whole generation an entry-level Battle Royale movie. Arguably the decision to split the last book into two films damaged the back end of the series, but the first two films in particular really hold up. And their huge success transformed Lionsgate, giving it the funds to buy up Summit Entertainment, and thus the ownership of the Twilight movies too. 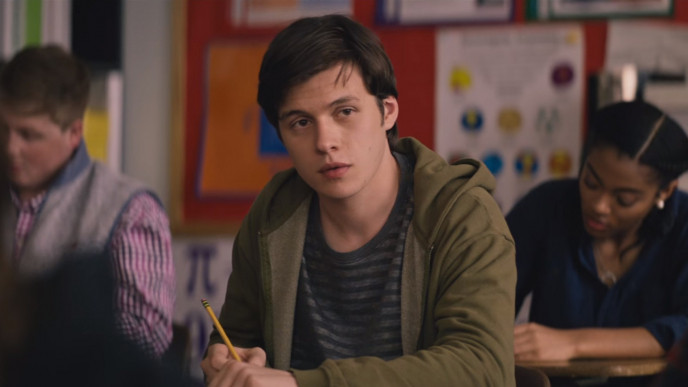 The biggest criticism aimed at Love Simon is also arguably its biggest strength: it’s at heart a good, solid rom-com. Predictable, by the numbers, all that stuff. Nothing radical there. But the fact this is Hollywood’s first outright big mainstream rom-com about a gay relationship shouldn’t feel radical, and yet that’s exactly what it is. It’s groundbreaking by being so conventional. Even the book’s title – Simon Vs The Homosapiens Agenda – was shortened, to fit Hollywood requirements. 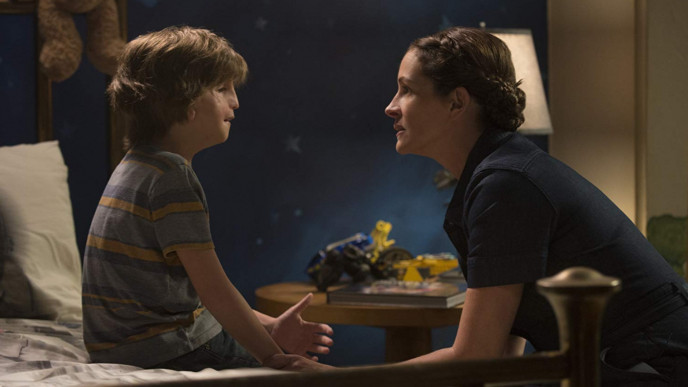 R J Palacio’s acclaimed novel of a young boy living life with a serious facial disfigurement was compellingly brought to the screen by director Stephen Chbosky (The Perks Of Being A Wallflower) in 2017. The only film on this list to shoehorn Star Wars into its story, make sure you also keep an eye out for Palacio’s cameo, sat cunningly behind Julia Roberts for a key scene of the film. 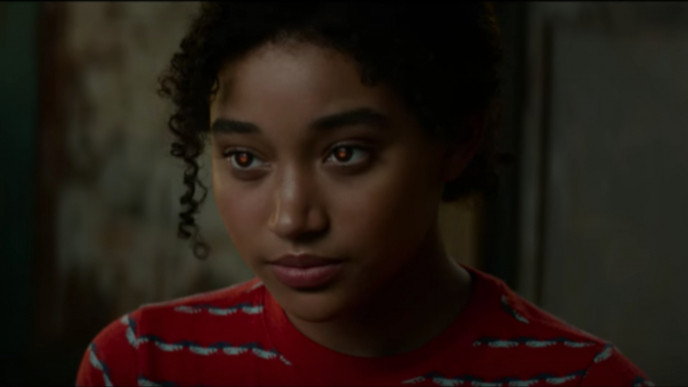 Disney bought Fox in 2019, and one of its first acts was to shutter Fox 2000, the arm of the studio that nurtured young adult book adaptations such as The Hate U Give. Wonderful. If you’re wondering who else in Hollywood would have shepherded such an adaption through, you’re not alone. A film about a young girl caught between two worlds, standing up to racism, and talking directly to a teen audience. The book’s better. The film is terrific, though. 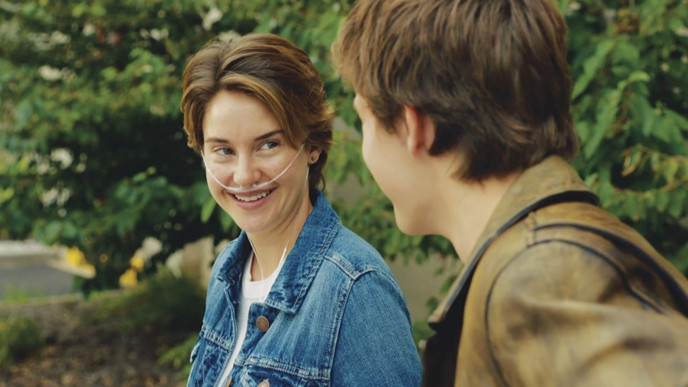 6. The Fault In Our Stars

Don’t believe any Hollywood insider who says they saw the huge box office success of The Fault In Our Stars coming. The 2014 adaptation of John Green’s novel was a box office success and a half, one that lead star Shailene Woodley fought hard to be a part of. She wrote to both Green and director Josh Boone to land a role that she wasn’t originally on the list for. Subsequent Green adaptation Paper Towns is less successful, incidentally, but still worth a look. 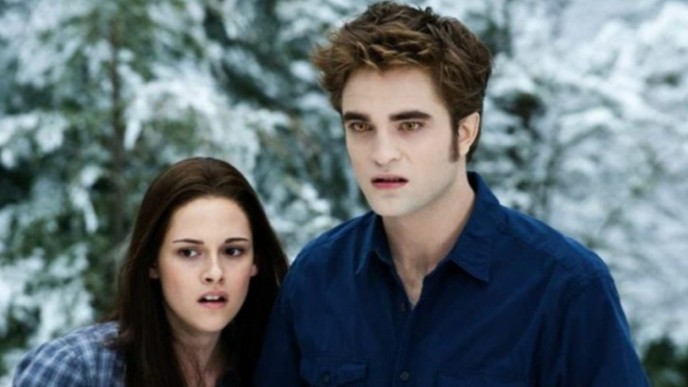 A film franchise that was, and is, beloved by many, the target of bizarre online hate from others who can’t just move on to a film they prefer, Twilight was the metaphorical grenade thrown into the midst of late noughties cinema. Five films, two movie stars made, and one of cinema’s strangest babies. There’s a boxset for you. 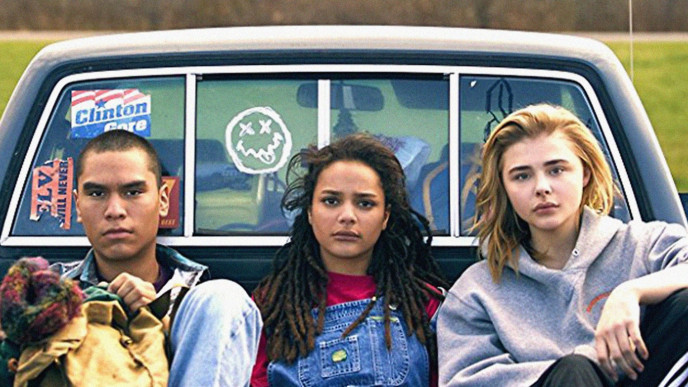 Emily M Danforth’s novel tells of a young woman sent to a special treatment centre when she’s caught kissing her girlfriend at her high school prom. Starring Chloe Grace Moretz, the ensuing film is often funny, often quite disturbing, as she’s then subjected to therapies designed to ‘cure’ her sexuality. The film won much acclaim when it debuted at the Sundance Film Festival, and then struggled for months to get proper distribution. It is well worth seeking out. 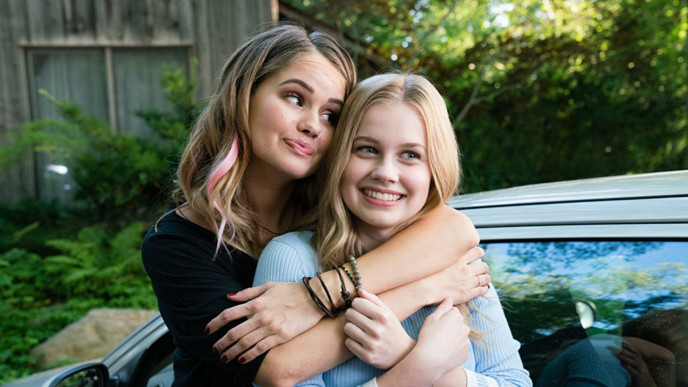 David Levithan’s novel, Every Day, arrived in movie form in 2018, courtesy of director Michael Sucsy. And what a job he made of it, too. The story of a young woman who falls for ‘A’, it’s an odder romance than usual given ‘A’ takes control of a different person’s body every day. Bold, adventurous and a tricky story well told, the film was thus naturally sneered at by a section of critics, and stumbled at the box office. But it’s very much an underrated gem. 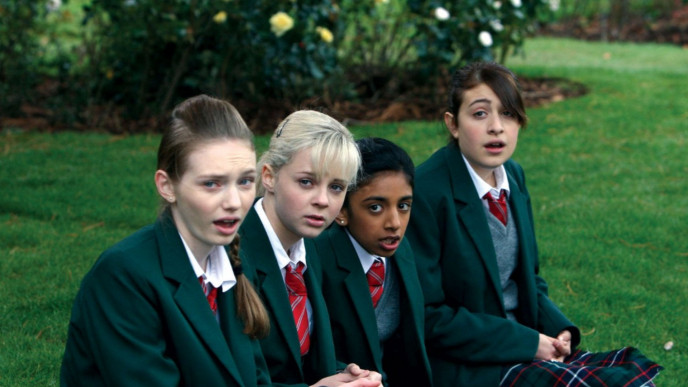 Bend It Like Beckham director Gurinder Chadha helmed the adaptation of Louise Rennison’s books, that went by the slightly less movie-marketing-department-friendly titles of Angus, Thongs And Full-Frontal Snogging, and It’s OK, I’m Wearing Really Big Knickers. A much-loved film about a teenage girl in the UK, too, albeit one that was originally – before Chadha got hold of it - being adapted by male screenwriters in Hollywood. Going to go out on a limb and suggest that wouldn’t have turned out as well.