Sashay away, in your trunks 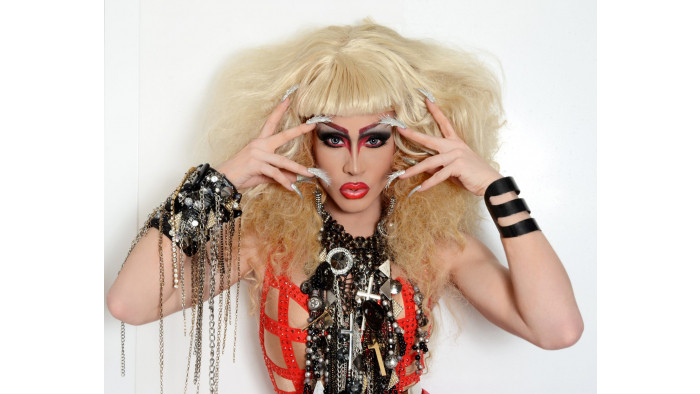 Have you ever been on a cruise? A lot of the rumours are true: it’s mostly old people, the entertainment would be out of date for 1978, and everything that isn’t included in your holiday package costs approximately £400.

However, U Cruises is set to change all that. Describing themselves as ‘the first river cruise dedicated to a new generation of adult travellers, with a sleek, stylish look and feel that offers immersive experiences along the world’s most popular rivers.’

This summer, they’re launching two new themed cruises: Tattoo On U, and more importantly, U In Drag. The former allows participants to sail through Germany with prominent tattoo artists such as Steven Tefft, winner of US show Ink Master; Reese Hilburn, seen on Spike TV’s hit show Tattoo Nightmares Miami; the tattoo artist Bobby Moss and his wife, tattoo model Heather Moss; and tattoo expert Paul Gambino. You can even be tattooed by these guys, so if that’s your thing, this is right up your…river.

But what we’re really excited about is the RuPaul Drag Race cruise, where you can holiday with contestants from the show.

For one week, you can sail with RuPaul’s finest Phi Phi O’Hara (main picture), Jiggly Caliente, and Darienne Lake on one of U’s 120 passenger, matte black cruise liners for the tasty price of £2,449, which includes food, accommodation, and two dedicated hosts for your trip.

You’ll start at Frankfurt and over the course of eight days, travel down the Main River (that’s its actual name, it’s not just the biggest river) passing through Bamberg, Nuremberg and more, to end up in Regensburg. No, us neither.

Guests will enjoy onboard performances throughout their stay, plus nights hosted by the queens, including karaoke, comedy nights, drag make-up classes, and exclusive bar crawls at the ports throughout the trip. All in, all, it sounds like a pretty ideal break from normality, and you won’t even have to lip sync for your life, hopefully.

If this sounds like something need to do, you can book your spot here. Sashay, away.

'RuPaul's Drag Race' is finally getting a UK version, hunties!

Stylish, a real money saver and better for the environment - get the best travel mug now.
TV