One of the world's rarest whiskies to go on sale

Probably one to save for a special occasion, eh? 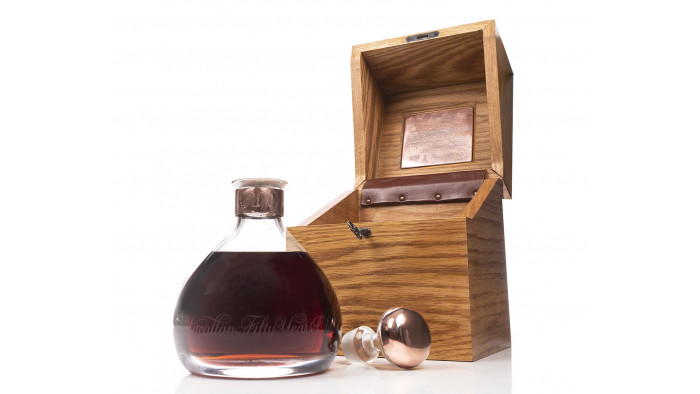 If you need to pop down to the shop for some whisky and you happen to have £25,000 to spare, may we humbly suggest you invest in one of the world's rarest bottles?

The Macallan Millennium Decanter, first distilled in January 1949, was released to celebrate the millennium, and is up for auction now along with some other super-rare bottles.

Hanyu Ichiro, an iconic Japanese brand, will also be represented at the sale, with a limited edition bottle set to sell for around £10,000.

A Macallan bottle for sale in an auction in August set a UK record, achieving a 270 per cent increase on the bottle which was sold at auction in November 2015. And at the same auction, a 72 year old bottle sold for £90,750. You'd save that one for a special occasion, wouldn't you?

Martin Green, a whisky specialist at Bonham's, who are holding the sale, described the Christmas sale as "the most varied of the year".

"It's packed full of good things with something for everyone," he said. "The highlights have to be the Macallan Millennium Decanter that is always much in demand, and the Hanyu Ichiro's Malt Queen of Hearts, which is very rarely seen at auction."

Never fear, though – if your budget is unlikely to stretch to several thousand pounds, we've got a list of the best whiskeys available now. No loan required.