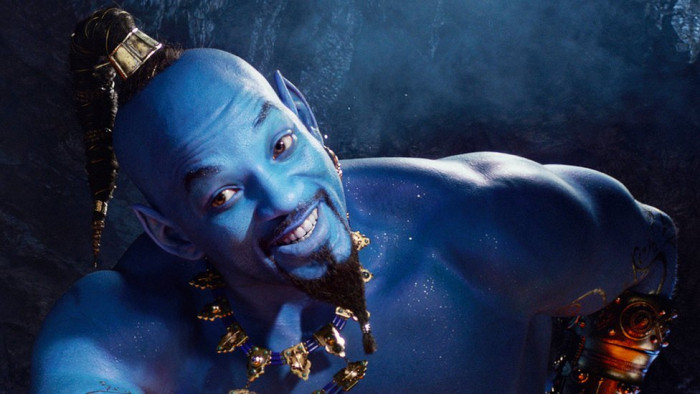 When the first teaser trailer of Disney’s Aladdin reboot appeared, it’s fair to say that the internet was slightly taken aback with Will Smith painted blue. For me, one particular comparison felt particularly apt:

Apparently Smith enjoyed them himself. In a teaser ahead of the new issue of Empire, the magazine revealed that he’s very much able to laugh at himself, which suggests all that blue makeup had no lasting botox-style effect at least.

“It was very funny. There was a Sonic The Hedgehog / Genie frog.”

Yes. Yes there was.

Of course when it’s just text on a page, it’s hard to figure out if Smith means it’s funny as in amusing, or funny as in strange. The next quote doesn’t really clarify.

“Everything is under such critical scrutiny. I came up in an era where there was no internet,” he added, leaving us to speculate on the kind of online reception Wild Wild West might have got. “It’s a new thing that I’m trying to get a handle on.”

The good news is that director Guy Ritchie thinks that internet hecklers are more forgiving than they might first appear. The second trailer, he thinks, won them over. “It even came with apologies from the cynics who were so adamant initially,” he said. “I’ve never seen apologies in that world. I thought, ‘Oh well, great, we’re back to where I’d hoped we’d be.’”

Judge for yourself. Here’s the original trailer:

And here’s the latest:

In Ritchie’s favour, there aren’t that many films with bright blue protagonists, so competition is pretty limited. It may struggle against Avatar, but it should fare better than The Smurfs 2 on IMDB at least…