Why you should ask someone out this Valentine's Day

Valentine's Day can *actually* be more fun if you're single 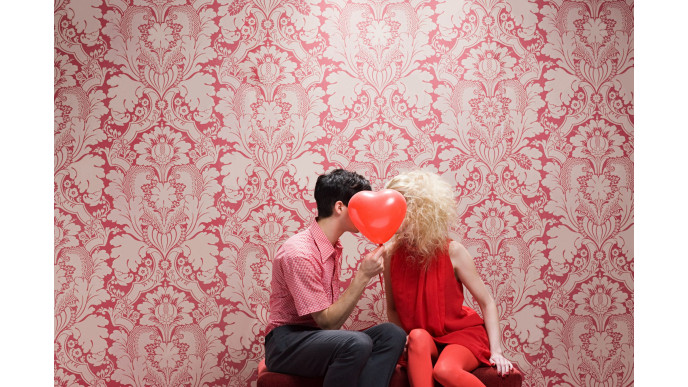 When you’re at primary school, you’re told that Valentine’s Day is the time to tell the person you’ve got a crush on that you like them. Slip a card in their classroom draw, maybe buy them (OK, get your mum to buy them) a rose or some chocolates, and generally hark back to old school romance, despite being ten and probably having never even kissed anyone.

As you get older, and you realise the crushing reality of potential rejection, Valentine’s Day turns into a day that you only celebrate if you’re already with someone, safe in the knowledge that the worst that can happen is you end up in a restaurant with a novelty menu that’s triple the usual prices. In today’s dating culture, anything that’s seen as too purposeful, too soon, is met with cynicism and uncertainty. If you’re single, only been on one date with someone, a few dates, or even seeing each other for a few months, I’d bet you might have held back on making plans for the 14th, lest it seem too symbolic.

The risk of someone saying no has disappeared from modern dating. Probably due to the fact that we all meet on apps and know what each other’s holiday pictures look like before we even meet them. Weeks or months of half plans with people we don’t really care about are met with tepid ‘I’ll let you know when I’m free’s and ‘Let me check my diary’s.

2019 is the year I say we reclaim potential rejection and just suggest doing something. Why? Because I, like a lot of people I know, spent years decrying Valentine’s Day, telling everyone who would listen that it was a holiday made up by card companies, and generally pissing on everyone’s love bonfire. Then one year, my most cynical friend made a bit of an effort for his girlfriend, bought her flowers and took her out for a romantic meal. When I asked him what had changed, he said, ‘When I thought about it, regardless of who came up with the day, if it’s a day to celebrate a bit of romance, so why not just use it as an excuse to do just that?’

I’ve been converted ever since, plus I’ve always thought of myself as a bit of a romantic - so why not actually practice what I preach?

Without sounding like I’m a hundred years old, the older you get, you realise that a lot of unexpected things can change the course of your life, and at least trying to do what you want to do is better than not doing it just to seem cool. How many Valentine’s Days have I spent with boyfriends, insisting we just ‘get a takeaway and ignore it’ because I equated making an effort with being ‘too predictable’? I could’ve had a few great stories of romantic evenings out, or even some awful ones - but they’d be better than the takeaways I can’t remember.

One year, a guy I’d been hooking up with for a while suggested we go for dinner ‘as an anti-couple’ - we ended up having a curry with his mum (a last minute mix-up on his part) on Brick Lane, then accidentally joining what we thought was a speed dating evening only to realise it was for people looking for housemates. Let’s just say there was a lot of confused looks from us as people asked us ‘How much would you be willing to pay?’ We had a great time - and if he hadn’t asked me I’m sure I would have spent the evening at home in my pyjamas. (As a side note, one of my boyfriends once got deported on Valentine’s Day, so not all the most entertaining stories are necessarily good, but that’s a story for another time.)

Similarly, I went on a date with a guy last year purely because I was impressed with the fact that he asked me out to my face in a pub. IN 2018. WHO WAS THIS MAVERICK?! We’d met through friends a couple of times and as he was buying me a drink he said, ‘So, if you’re not doing anything this weekend, can I take you out?’ I shouldn’t have been as shocked as I was, but he instantly became more attractive for just taking a chance, and I guarantee I wouldn’t have been as keen had he danced around it for months on end.

My point is, whether it’s someone you’ve been talking to on an app for weeks, someone you know through a pal, even a good friend, or a person that you’ve secretly been in love with for years, use Valentine’s Day as an excuse to do something a bit romantic. Romance is cool. They can only say no, and if they do, well it’s just a holiday invented by card companies, you’ll be OK.