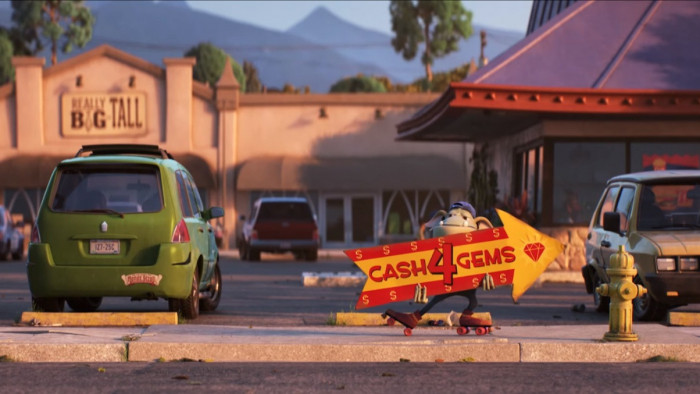 In Disney’s magnificent spreadsheet of cash cows, we know that alongside four Avatar films, eight Marvel movies and three Star Wars flicks are six Pixar projects. After Toy Story 4, Pixar has promised to give up on sequels for a while, and the first of these 100% new stories will be Onward.

Coming next March, Onward imagines a fantasy world filled with unicorns, magical trees and elves. Only magic is clearly not as reliable as fuel and battery-powered technology, so the fantastical critters travel by road and aeroplane, and wise old trees grow in tarmacked-over parking lots.

Anyway, the first teaser trailer is out now, so you can get an idea of the kind of thing to expect.

The movie reunites Tom Holland and Chris Pratt, last seen together in Avengers: Endgame as Spider-Man and Star-Lord respectively. Here, they’re playing two Elven brothers trying to see if there’s any magic left so they can spend another day with their father. You might also have noticed the voice of President Selina Meyer and Miss Elaine Benes, Julia Louis-Dreyfus, who plays the elves’ mother.

But it’s Holland and Pratt’s relationship that has attracted the most excitement, and justifiably so, apparently. “They are clearly friends,” Onward’s director and write Dan Scanlon told People. “They’ve worked together before and hung out together. It was fun to sit back and watch them make each other laugh.”

Onward is currently set for release on Tuesday March 3, 2020, but Toy Story 4 is out next month, so you don’t have to wait too long for more Pixar goodness. On that note, be sure to vote in our definitive list of the best Pixar films.