You’ve got a friend in Reeves 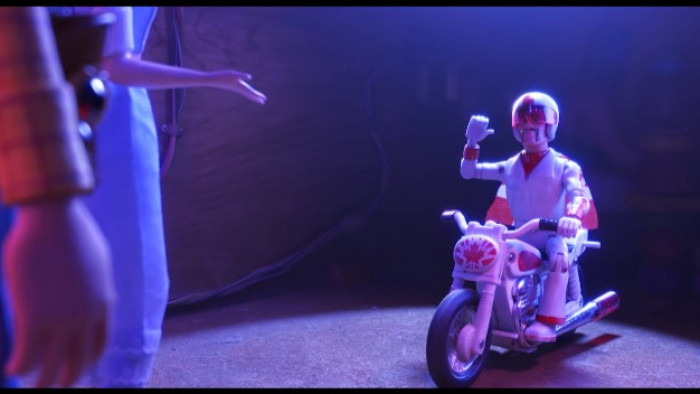 The first Toy Story movie in nearly a decade is now just a month away, and to celebrate Pixar have treated us to a new trailer. This time we also get to meet Keanu Reeves’ new character: a Canadian stunt toy called Duke Caboom.

Suffice it to say, Reeves’ performance is more Ted Theodore Logan than John Wick, although Toy Story 4 seems to not be without its own flavour of gore. Bunny and Ducky (Jordan Peele and Keegan-Michael Key) are left horrified at the sheer amount of fluff on display after a cat toy suffers the kind of mauling that only a little furry psychopath can deliver.

Elsewhere, we see a return of series favourites like Buzz Lightyear, Mr Potato Head, Rex and Mr Pricklepants alongside a strange new member of the gang: Forky (Tony Hale). An unusual hybrid of spork, googly eyes and pipe cleaners, this Frankenstein’s monster is created by Bonnie and quickly becomes her favourite. Forky is none too happy at his new-found sentience however, and seeks to run away on a family road trip, leading to another entertaining-looking rescue mission.

It’s all shaping up to be another fine movie in the franchise, but this could be the last sequel for a while. Although there are plenty of Pixar movies in Disney’s schedule, the studio has stated that it’ll be working on original projects rather than sequels for a while. That’s news that leaves us with mixed feelings: on one hand, hopefully new and innovative projects like Inside Out. On the other: no Inside Out 2.