...from the writer of over 40 X Files episodes 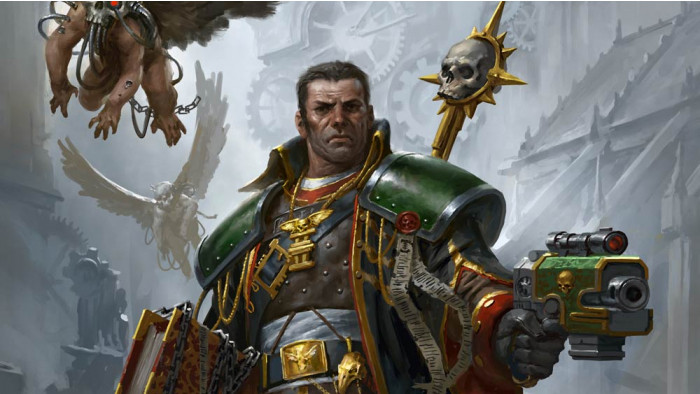 Good news Games Workshop fans: Warhammer 40,000 is coming to the small screen. Although given most people’s exposure to the series is through expensive miniatures, the characters will still seem pretty damned big.

For those not au fait with the lore of Warhammer, this news might not seem that exciting, if it weren’t for the man they’ve got in the dual role of executive producer and showrunner: Frank Spotnitz. With shows such as Amazon’s Man in the High Castle and The X-Files under his belt, Spotnitz should be an exciting choice to bring the rich lore of Warhammer to the screens.

The last cinematic attempt – Ultramarines: A Warhammer 40,000 Movie – didn’t fare so well, currently averaging 5.6/10 on IMDB. But this should be a whole different animal, focusing less on sprawling battles and more on a single character: Gregor Eisenhorn, an Inquisitor of the Ordo Xenos created for a 2001 Warhammer 40k novel.

His creator, Dan Abnett, certainly seems excited to see what Spotnitz and his team can do. “Gregor Eisenhorn is a relentless force in the dark future of the Warhammer universe: a destroyer of daemons and a purger of heretics, implacable, powerful and dedicated,” he said. “But the appeal to me, from the moment I started writing him, was his complexity. He is not the simple, ruthless hero he appears to be.

“His battle with the Warp leads him into dark places and forces him to question his duty, his understanding of the Imperium, and his own identity. With Eisenhorn, it's not just the adventures, and they are certainly vivid: it's the journey he takes to the very limits of what he is and what it means to be loyal.”

There’s certainly a lot of promise, then. No hint of a release date, though, so best carry on working your way through the best Netflix TV shows in the meantime...