But you really need to watch the UK version first. 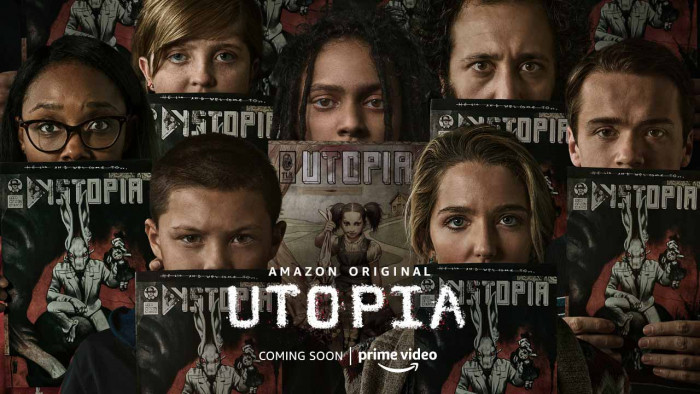 "Where is Jessica Hyde?" was one of the most chilling sentences muttered on TV back in 2014. The line was from Utopia, a brilliant Channel 4 show about a comic book that predicts disastrous epidemics heading to the world (lol).

Utopia was critically lauded and for good reason: it was so stylised that nothing has come close to recapturing its odd look and feel.

Skip six years and Utopia has been given a US remake. Originally the show was going to be directed by David Fincher but that never came to pass. It's in good hands, though, with Gone Girl writer Gillian Flynn now showrunner. And, well, releasing a show about global pandemics in the middle of a global pandemic is pretty much going to guarantee you press for a while.

A new trailer for it has been revealed and it looks... decent. Gone, or at least reduced, are the bold colour schemes the original Utopia was famed for and the action definitely looks like it is taking cues from Stranger Things, but judging by the trailer this may well be the next thing you will want to binge watch on Prime Video.

There's not too long to wait, either, for all episodes to be released: Utopia's release date is set to 25 September.

Cast wise, none of the original cast have made it into the remake (boo!) but there are some inspired choices. Sasha Lane, who was amazing in American Honey, plays Jessica Hyde while John Cusack is in it as well as new character Dr Kevin Christie. Christopher Denham is playing Arby and he's definitely got the wide-eyed look for it, we're not sure anyone can beat Neil Maskell's performance.

Until Utopia lands, here are the best Amazon Prime series that you should be watching.