David Lynch's classic series has had a haunting, immersive makeover 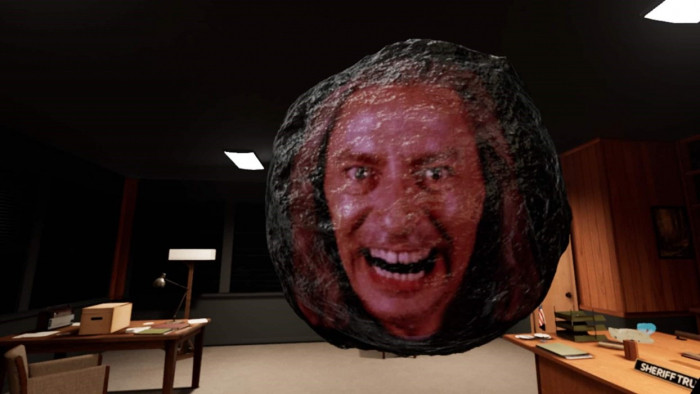 David Lynch fans have been waiting with bated breath since news of the upcoming Twin Peaks virtual reality experience broke last year. Now, the wait is officially over, as the first trailer for the forthcoming game adaptation has hit the internet - along with a launch date.

Set to drop before the close of the decade (that’s a three week window), the game entitled Twin Peaks VR, looks to feature some of the series’ most iconic locations, including Ghostwood’s Glastonbury Grove and the Red Room.

Created by Collider Games and Showtime, the game also looks to feature key locations from the series, including the Sheriff’s Department, the Evolution of the Arm, The Fireman’s Home by the Sea, and the train cart where Laura Palmer was killed.

Given its popularity, it’s hard to imagine the original Twin Peaks series only ran for a grand total of two series, with the 2017 sequel bringing the series to an entirely new audience.

According to developers, the objective of the VR game is to break free from the Red Room and return to reality.

In other words, it’s pretty much an Escape Room game.

“Crafted with countless references to the series and its 30 year history, Twin Peaks VR combines the supernatural, adventure, and escape room genres, challenging players to solve puzzles and discover Easter Eggs as they explore detailed and authentic environments,” reads a statement on the Welcome to Twin Peaks Site which launched the trailer.

So if you’re a fan of the quirk the original series brought to the table and have always fancied immersing yourself in Lynch’s world, this might well be the game for you.

That being said, it really is too early to say how good (or bad) this game is likely to be. It’s going to be a case of immersing yourself in the surreal world of Twin Peaks.

The best NOW movies to watch whenever you like.
Gaming