Set the VHS: We know exactly when Alan Partridge's new show will be on 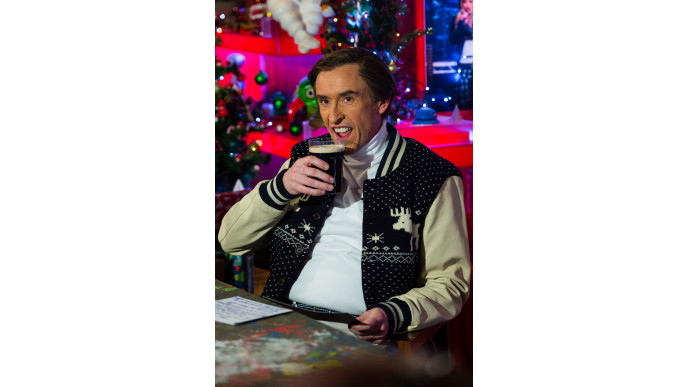 This week, insanely, marks 25 years since Alan Partridge first hit TV screens, when The Day Today was first broadcast. The cast and crew had a celebratory dinner the other day, and photographed it using what seems to be the shittest camera on Earth.

Partridge will be in glorious HD imminently though, as his new BBC show, This Time with Alan Partridge, now has an airdate. On February 25th, at 9:30, on BBC 1, we get the One Show-esque “heady mix of consumer affairs, current affairs, viewer interaction, highbrow interview and lightweight froth”.

It has been described as “the perfect shop window for a man of Alan’s gravitas” and “will, or should, see him finally recognised as one of the heavyweight broadcasters of his era”.

It was shot a year ago, madly: look at the date on the clapperboard.

Felicity Montagu is returning as Lynn, which raises questions about how much is, like, in-show and how much behind-the-scenes we’ll see. Tim Key is also present as Sidekick Simon.

The show is written by Coogan and Rob and Neil Gibbons, who wrote the film Alpha Papa, the web-to-TV series Mid-Morning Matters and both extraordinarily good volumes of Partridge’s autobiography, I, Partridge: We Need To Talk About Alan and Nomad. (If you haven’t read those, then holy shit, get on ‘em, they’re incredible. Coogan reads the audiobooks in character, and Jesus Christ, it’s funny.)