This Game of Thrones prop was distinctly out of place in Winterfell... 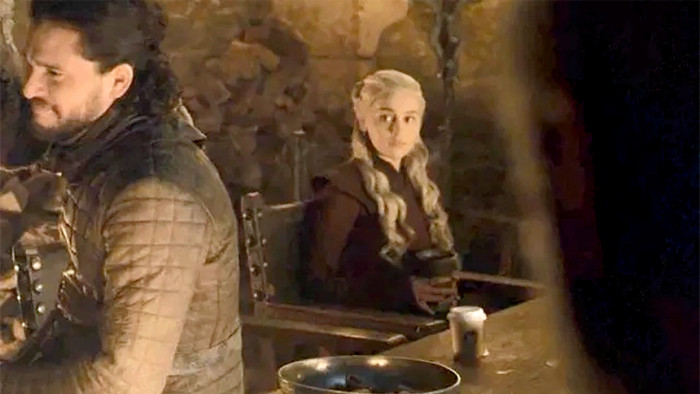 You can’t reasonably expect realism in Game of Thrones. You’re not likely to come across a dragon when you’re on your way to Tesco, hungover and in your trackies, are you?

But our disbelief really had to be suspended during this week’s episode – because an eagle-eyed viewer spotted a Starbucks cup on the table during a scene.

Related:Why does Game of Thrones look so dark?

Not quite the fantasy world we’ve gotten used to, really.

You're telling me they had TWO YEARS to put together a decent show and they couldn't even spot the goddamn Starbucks cup in Winterfell??!? #GameOfThronespic.twitter.com/8opg7nyydv
— Jenna Guillaume (@JennaGuillaume) May 6, 2019

And the response online was predictably, and quite understandably, hysterical, spawning hundreds of jokes – including one from Starbucks itself, of course.

Great news for Starbucks, though – according to Marketweek, the accidental endorsement was probably worth around $250,000. Result. And their reponse?