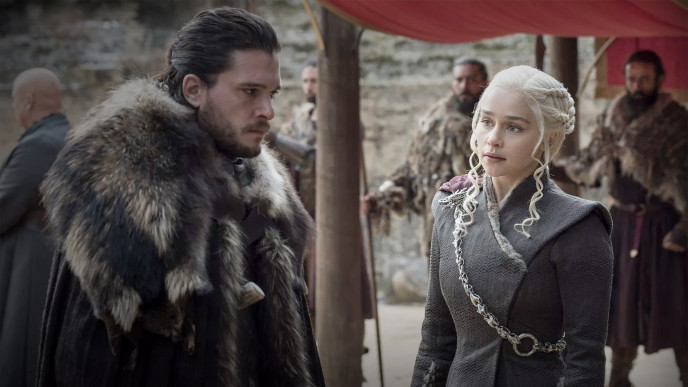 The most recent episode of Game of Thrones – The Longest Night – certainly lived up to its billing, with plenty of bloody battlefield action. Of course, you might just have to take our word for that, as plenty of people just couldn’t see a damned thing due to the lack of electricity in Winterfell, coupled with the White Walkers’ inconsiderate decision to attack at night.

You just can’t reason with the undead.

In any case, Fabian Wagner thinks it's all your fault. And if you’re the kind of person who watches a show’s credits all the way through, you’ll know that Wagner was the cinematographer not just on The Longest Night but also Battle of the Bastards and other action-heavy episodes.

“A lot of the problem is that a lot of people don’t know how to tune their TVs properly,” he told Wired. This may well be the case, but you don’t hear people moaning about Neighbours being too dark. “A lot of people also unfortunately watch it on small iPads, which in no way can do justice to a show like that anyway.”

So go buy a big screen and learn how to use it. Seems a bit much for one show that’s due to end in three episodes, but there we are.

Not content with questioning your inadequacies in TV size and technique, Wagner went on to question your choice of lighting. “Game of Thrones is a cinematic show and therefore you have to watch it like you’re at a cinema: in a darkened room. If you watch a night scene in a brightly-lit room then that won’t help you see the image properly.”

Perhaps future episodes should come with a five-minute tutorial on getting your TV set up just right. Given The Longest Night very much lived up to its name, clocking in at 82 minutes, what’s an extra five between friends?