What a show. What an ending. 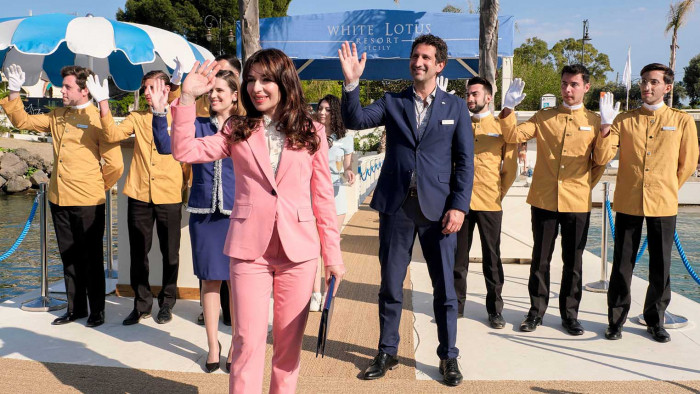 One of the very best shows of the year ended this week, with a finale which was both spectacular and shocking.

The second season of White Lotus has been fantastic. Shifting the story away from Hawaii to the volcanic temperament of Sicily was a stroke of genius, as was having Jennifer Coolidge return as Tanya in a storyline that was as befitting a character as you can get.

White Lotus is created by Mike White. Before the show, White was best known as the writer and director of School Of Rock. As resume glow-ups go, it's an impressive one - and on a par with that other HBO stalwart, Craig Mazin who had written The Hangover sequels and a couple of Scary Movies before hitting us with the ultimate in prestige TV, Chernobyl.

The critics couldn't get enough of the White Lotus Season 2 finale.

The Guardian called it a "chef's kiss of an ending". The Telegraph notes that White Lotus "is a relationship horror show dressed up as a sun-glazed thriller and all the scarier for it."

The AV Club called the ending "electrifying" and The Ringer, quite rightly, pointed out the comedy of the whole thing.

Away from the critics, we have compiled a number of our favorite Tweets that have reacted to the events. And it's fair to say, this show's ending has made something of an impact...

*some spoilers so tread carefully*

The White Lotus finale counts as a happy ending bc Portia left all her clothes behind
— Jess Dweck (@TheDweck) December 12, 2022

The biggest #WhiteLotus finale plot hole is that $50k was a drop in the bucket but they’re flying @easyJetpic.twitter.com/6oCQdni7hY
— Ashley Hesseltine (@AshHess) December 12, 2022