This Dune reboot is going to be a glorious sci-fi fest. 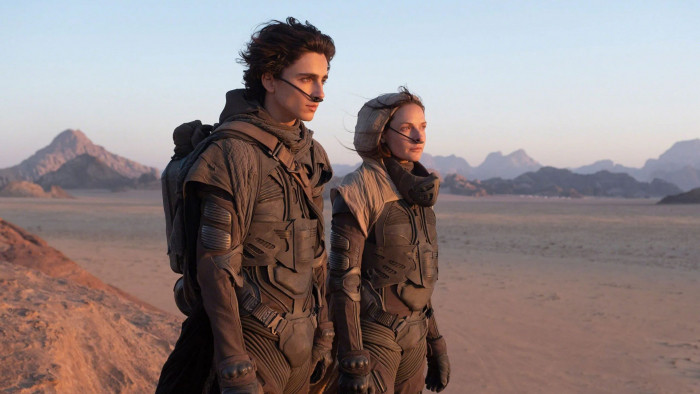 It’s safe to say that director Denis Villeneuve’s upcoming sci-fi adventure, Dune, has caught the attention of film fans the world over - and for good reason.

Having teased audiences courtesy of its Blade Runner 2049-esque aesthetic, the Sicario director recently announced that Dune would be split into two movies.

And now, seemingly unsatisfied with fans gaining that snippet of news in isolation, Warner Bros. has now gone on to announce that the long-awaited adaptation of Frank Herbert's novel series will feature a cast list that pretty much reads like an A-Z of Hollywood acting royalty.

It was only a matter of days ago that the studio revealed more details of Timothée Chalamet’s character, Paul Atreides, in Vanity Fair.

Now, though, it’s been revealed that the actor will be joined by names including Javier Bardem, Josh Brolin, Jason Momoa, Zendaya, Oscar Isaac, Sharon Duncan-Brewster, Dave Bautista and Rebecca Ferguson.

Phew, give us a second to catch our breath.

The film, which was shot in the searing head of Abu Dhabi, saw the cast battle through extraordinarily high temperatures in order to capture the perfect landscape.

“I remember going out of my room at 2 a.m., and it being probably 100 degrees,” says Chalamet to Vanity Fair.

“The shooting temperature was sometimes 120 degrees,” he recalls. “They put a cap on it out there, if it gets too hot. I forget what the exact number is, but you can’t keep working.”

Set to be released on 18 December (Corona permitting), this is one cinematic offering we can’t wait to get our teeth into.