There's an Avengers-themed Simpsons episode on its way

A crossover worth getting excited for 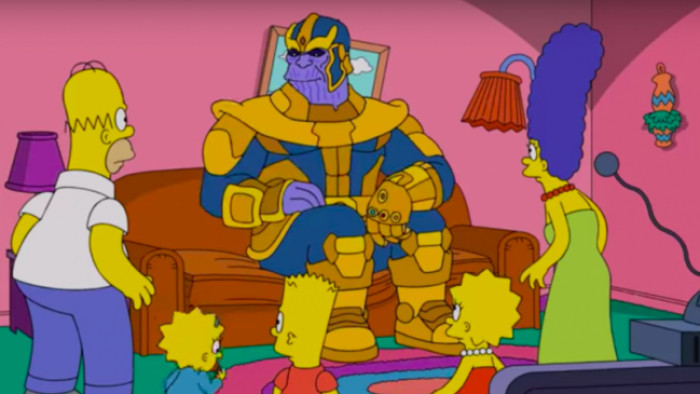 The Simpsons has always loved a crossover - Futurama, Family Guy, even American Idol got an episode - and now, TV’s favourite cartoon family are taking on its biggest franchise yet; Marvel.

Fox is bringing us our very own Avengers-themed Simpsons episode titled ‘Bart the Bad Guy’.

The episode, which is set to be released on February 23, 2020, will tackle the issue of spoilers, and will even feature cameos from Marvel boss Kevin Feige and Endgame directors Joe and Anthony Russo.

Details on the episode were revealed by TV Line’s Michael Ausiello, who said: “As a result of a massive misunderstanding, Bart gets to see a cut of the unreleased sequel of the extremely popular Vindicator superhero movie franchise.

“And he uses spoilers from the not-yet-released film as blackmail to get what he wants. When two movie execs (played by, wink, wink, Marvel auteurs Joseph and Anthony Russo) discover Bart has seen the movie, they will stop at nothing to keep his spoiler knowledge a secret.”

This isn’t the first time the sitcom has tackled the Marvel universe either, as back in January the family came face-to-face with villain Thanos in a classic sofa sketch.

However, the idea of full Avengers-filled episode is something we haven’t seen before, and one that will make Marvel and Simpsons fans alike pretty thrilled.