Free in more ways than one. 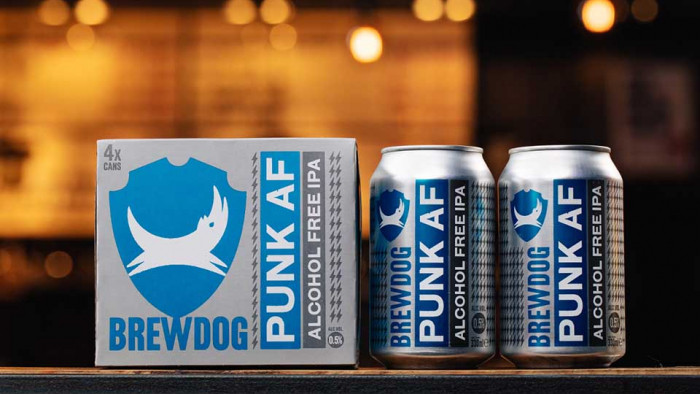 Following the success of its alcohol-free version of the flagship Punk IPA, called Punk AF, the Scottish brewery is hosting its inaugural alcohol-free festival to prove that a lack of booze doesn’t need to mean a lack in flavour or enjoyment.

Taking place on Saturday 11th January, it has those doing the Dry January challenge - a whole month with no alcohol - particularly in mind. It will take place between 12pm and 11:30pm.

It’s not just alcohol-free either, as you can pick up tickets for nothing via Eventbrite. The exact location will be revealed early in January.
BrewDog has a number of alcohol-free beers including Raspberry Blitz - with more on the way soon - but other breweries will also be taking part. They include Mikkeller, Lucky Saint, Thornbridge, Big Drop and Nirvana - some of which are dedicated to alcohol-free beer.
Read our list of the best alcohol-free beers to find out what they taste like.
“When better than the middle of January to get stuck into some alcohol-free beers? We think that people will be genuinely surprised by the range and depth of choice that’s now available,” said Nick Heath of Big Drop.
It’s not just for beer either, as there will be plenty of other alcohol-free drinks from the likes of Three Spirit, Everleaf and Thomson & Scott Noughty. We’ve featured some in our best non-alcohol spirits list.
As well as a range of drinks to taste, AF Fest will include hosted talks, tutored tasting sessions and a chance to meet the brewers and producers.