Luke Skywalker lost his voice... and gained a new one. 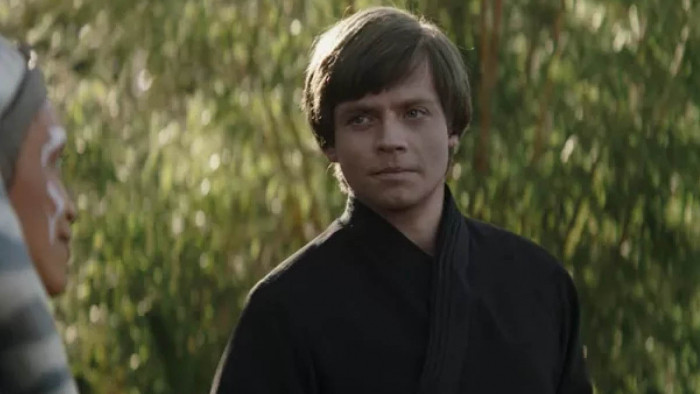 Episode 6 of The Book of Boba Fett was easily the best of the series so far and for one reason: Luke Skywalker was back teaching Grogu the ways of the The Force.

This isn't the first time we have seen Luke since the movies - he made an appearance in The Manadalorian, too, and while there was a case of the Uncanny Valley with that scene, in just two years they have made huge strides in the CGI techniques they are using.

The one thing in the episode that isn't quite right, though, is his voice - it's a little robotic. It turns out, though, that there is a very good reason for this - it's completely synthesised.

A recent article by Esquire points to executive producer Jon Favreau explaining about the voice this in a recent Star Wars doc, noting: "Something people didn't realize is that his voice isn't real. His voice, the young Luke Skywalker voice, is completely synthesized using an application called Respeecher."

Respeecher, according its website, is billed as "voice cloning for content creators". It explains that it creates "speech that's indistinguishable from the original speaker. Perfect for filmmakers, game developers, and other content creators."

Veteran Star Wars sound editor Matthew Wood explains a bit more about how the technology works: "It's a neural network you feed information into and it learns... I had archival material from Mark in that era. We had clean recorded ADR from the original films, a book on tape he'd done from those eras, and then also Star Wars radio plays he had done back in that time.

"I was able to get clean recordings of that, feed it into the system, and they were able to slice it up and feed their neural network to learn this data."

Mark Hamill was on set for the shoot, though, and was feeding new lines, but what we hear is an AI version of his voice, bringing what it sounded like 45 years ago back to life.

As for the performance itself, that's done by Grahame Hamilton who replaced Max Lloyd-Jones as the double of Mark Hamill.

The Book of Boba Fett finale airs this Wednesday, February 9, on Disney+.