Hugh Laurie takes the lead in the new HBO show 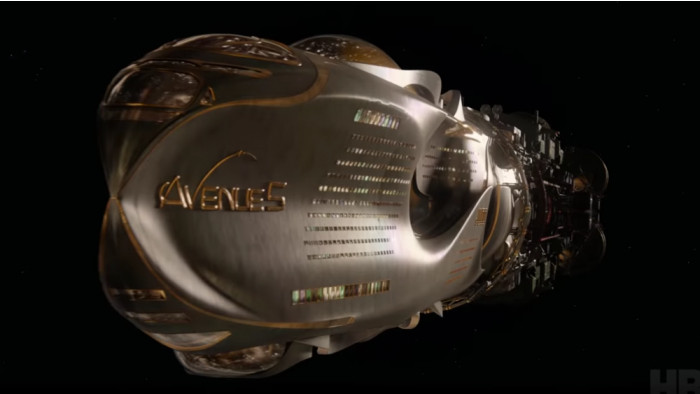 If you’ve been left with a Hugh Laurie shaped hole in your life since House came to an end back in 2012 (let’s be honest, between Catch-22 and The Night Manager there’s just not enough Laurie to go around) then the new trailer for Armando Iannucci’s Avenue 5 might be just the ticket.

What can only be described as a space comedy of the highest order, the new HBO show from The Thick of It and Veep creator sees Laurie star as Ryan Clark, the captain aboard an ill-fated spaceship.

Described by HBO as “a space tourism comedy set 40 years in the future when the solar system is everyone’s oyster,” the new trailer stars Frozen’s Josh Gad as the ship’s billionaire owner Mr Judd.

Gad is joined Zach Woods, Nikki Amuka-Bird, Suzy Nakamura and a guest appearance from Thick of It star Rebecca Front towards the very end of the trailer.

“It’s not flying cars and stuff,” declared Iannucci in a recent interview with NME, “it’s about what really happens when a lot of people just have to get on with each other in space.”

“If I look at the present, I lose my sense of humour, so I’m looking to take stories from other periods and show how the present is reflected in them.”

The director also went on to note that Charlie Brooker’s Black MIrror had been a heavy influence - recall that sinister Star Trek episode?

“I like it a lot,” he notes. “I try and ration my viewing of it because I don’t want to be even subliminally affected by it. It’s really well done.”

Set to launch in January 2020 on Sky One and NOWTV, the series launch is set to coincide with the cinema release of Iannucci’s latest project, The Personal History of David Copperfield, starring Dev Patel.