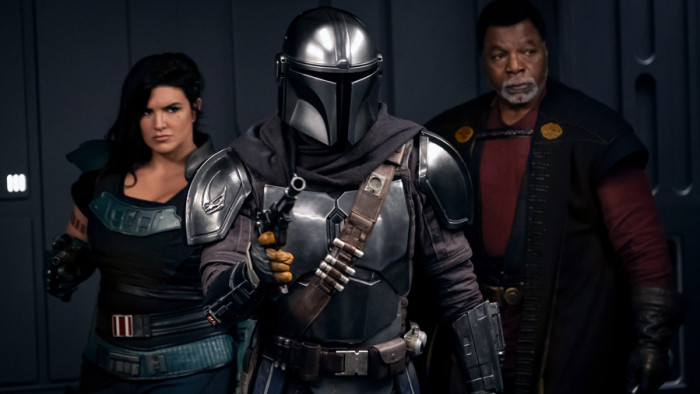 The Mandalorian: Season 2 has arrived on Disney Plus, with the first episode of the Star Wars TV show available to watch on the streaming service now.

Given the way the world is right now, many a movie and TV show has been delayed which is set to make 2021 a bumper year for entertainment.

But The Mandalorian has managed to dodge any delay issues, thanks to a lot of the show having been shot before Covid-19 hit.

The show has become a jewel in the Disney Plus crown, with Disney recently announcing a whole slew of new Mandalorian toys to play with and teasing what will happen in the second season.

The show even has its own painting in the National Portrait Gallery, with a 3ft by 2ft oil portrait of The Mandalorian and The Child hanging in the gallery alongside some a collection of portraits of familiar faces from the Star Wars galaxy, including Sir Alec Guinness, Thandie Newton, Felicity Jones, Ben Morris, Riz Ahmed and Gareth Edwards.

While we aren't here to offer spoilers, the first episode really does set up how the second season is going to go and HOLY HELL the end of the episode will have your jaw dropping wider than the entrance to the Sarlacc pit as it significantly changes what you know about certain classic Star Wars characters.

While there has been criticism as to how the The Skywalker Saga ended, The Mandalorian feels like old-school Star Wars and is a show that offers up fan service for those who love the minor characters in the Star Wars universe.

It's well worth giving Disney Gallery: The Mandalorian a go, which is a fantastic glimpse into behind the scenes of The Mandalorian and just how many Star Wars callbacks they have added into the universe.