Not what we expected 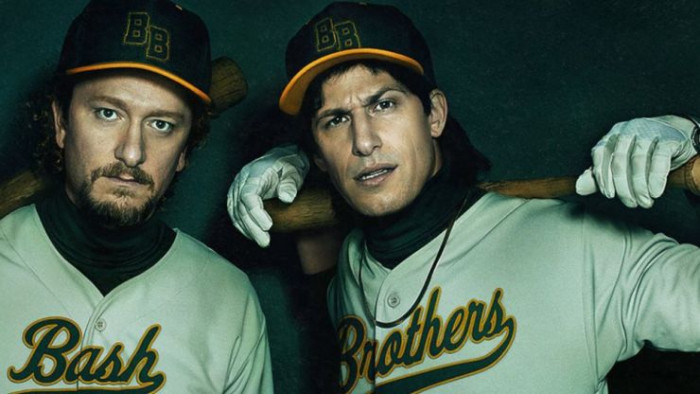 While Disney has told us that Avatar 5 will launch in 2027, other creators mercifully have shorter times between announcement and release. Take Netflix, for example, which put up trailers for new Black Mirror episodes just weeks ahead of the launch.

Now the company has gone even further with its latest show from The Lonely Island. Andy Samberg’s comedy trio has launched a half-hour, uh, thing on Netflix after only revealing it existed yesterday evening.

So what is it? Well, it’s not a comedy special, music video or film. Instead it’s a “visual poem” entitled The Lonely Island Presents the Unauthorised Bash Brothers Experience. The Guardian describes it as “Like Beyoncé’s Lemonade ... but for 80s baseball players” which feels like words picked out at random and strewn together.

But fans of The Lonely Island may know where this is going based on the group’s previous output, which includes a track called Bash Brothers – a tribute to Mark McGwire, Jose Canseco of the 1989 World Series baseball champions, the Oakland Rangers. Their ‘Monster Bash’ celebration became a meme long before memes were a thing.

The Netflix show involves McGwire and Canseco recording an album together, but if you’re familiar with The Lonely Island you’ll appreciate that things gets strange pretty quickly.

We won’t say anything more to avoid spoilers, but if you’re not bothered about such things then you can listen to the full soundtrack on Spotify right now. Suffice it to say that things work better with the visual humour backing things up, mind.