Celebrate St Patrick's Day in style, with a free gig. 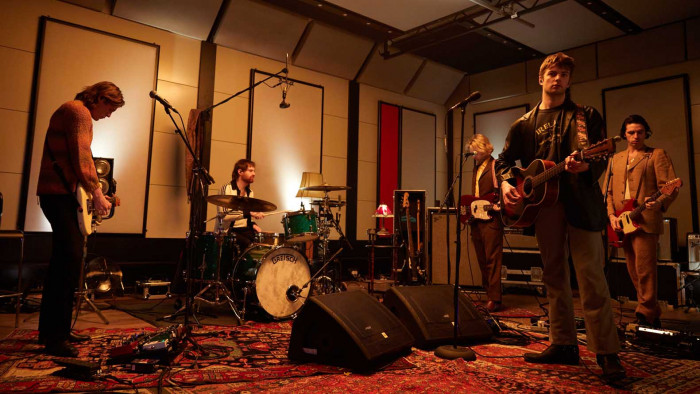 Fontaines DC are celebrating St Patrick's Day in style with a global live stream and you are all invited. The Dublin band are riding high right now off of the back of winning the Best Band In The World award at the NME Awards 2022 and are also all set to release their new album Skinty Fia, which is out in April.

The gig is an intimate one, with just 200 or so invited at The Complex in Dublin, but Fontaines DC have teamed up with Irish whiskey maker Jameson, as part of its Jameson Connects campaign, to make sure it can be seen by all.

This St. Patricks Day, we'll be doing a live stream with @jamesonwhiskey from Dublin, to you, wherever you are. Register now for a free ticket.

Alongside the band Dublin-native artists Monjola and Irish rapper and singer Biig Piig will also be performing.

Given this year's St Patrick's Day is a big one - the first with a parade since the pandemic - it's definitely a day of celebration, with the live stream taking place 8pm GMT.

This isn't the first time time Jameson has done something special for St Patrick's Day. In previous years Jameson it has worked with the lies of Jesse Reyez. But given Fontaines DC's Dublin roots this live gig is shaping up to be one to remember.

According to Jameson, "fans can expect to hear some of their best-known tracks alongside material from their latest album ‘Skinty Fia’, and some unheard classic covers."

To watch the live-stream, head to Jameson's official site and sign yourself up.